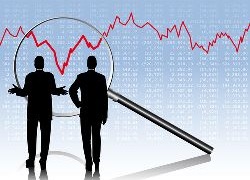 During the time since joining the European Union, dividends distributed to foreign investors exceeded EUR 20 billion and interest paid on loans to their local enterprises from Romania have also brought them about EUR 6.5 billion.

In almost all the nine years analysed, the amounts obtained from the investments made here exceeded 2% of GDP.

What about the reinvested profit?

About the reinvested profit, the loss cumulated in the period 2007 – 2015 was about EUR 8.3 billion, after only in the years from the two ends of this interval the indicator was within the positive range.

The explanation is that, otherwise, dividends paid were higher than the net revenues based on the equity participation in the companies established locally.

Revenues from the equity participations represent the profits of the FDI enterprises, diminished by their losses.

By diminishing the revenues from the equity participation by the dividend distributed to the foreign direct investors, it is obtained the amount of the reinvested profit, calculated according to the corresponding international methodology.

The net interest revenues are the amounts that foreign direct investors receive from the loans granted to their local enterprises from Romania, both directly and through other non-resident companies from the group.

The reinvested profits are negative when the amounts distributed as dividends are higher than the net profits obtained by the FDI enterprises, diminished by their losses, according to their tax returns submitted.

It is noteworthy that the part resulted from the loan granted to the FDI companies has increased from only 6% of the total revenues recorded by the official statistics in 2007, to 53% in 2014, to shrink back to 22% in 2015.

In other words, data say that foreign investors earned in 2014 more money from loans granted to the enterprises than the activity of these enterprises, which is quite remarkable.

When the sums above relate to the size of the Romanian economy, to get an idea of what can be obtained from the investments made here, it starts from 2.43% „promotional” in 2007, descends to 1.76% in the crisis’ peak (thanks for understanding), then the share of the ever-existing debt level (not foreign) stabilizes somewhere over 2% of GDP per year (average of 2.17%).

How much trouble for less than one billion euros per year

If we considered the data available since 2008 related to the FDI businesses on profit and those that reported losses, we reach the astonishing conclusion that net result of the foreign investors in Romania from their activity would be weaker than EUR 1 billion per year (see table).

Overall, statistics show that profits amounted EUR 41.6 billion but at the same time, there were cumulated losses of nearly EUR 34 billion. Ironically, in 2011 and 2012, FDI enterprises even obtained overall a negative result. This is the reason why they can only be pitied for their lack of inspiration and dedication to remain in a so little profitable country.

Interesting is the fact that although the Romanian economy as a whole passed through the crisis and returned even since 2014 at the level of 2008, the FDI enterprises’ profits have failed to follow the same trend. Although that is true, they obtained last year a record, to bring losses down to just EUR 3.13 billion. We look forward to new investments and thank them for their stoicism to bear such losses.