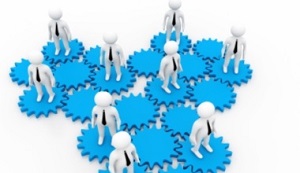 Sacrificing investment in the budget execution of the first two months of the year brings the analysis of the „2017 Country Report – Romania”, issued by the European Commission (EC), back to the forefront.

Thus, Romanians’ welfare must be sustainable, based on employing a healthy and educated workforce in serious investment projects (especially public ones), processes stimulated by a responsible public administration.

On the contrary, „wages in the public sector have been recently increased – education and healthcare – but that has been made ad hoc, without applying a comprehensive policy based on the employees’ level of qualification and the results„, says the Country Report issued by the EC.

Capital expenditure uses 60% of the Gross National Income (GNI) and 40% of GNI remains for salaries, according to Valentin Lazea, Chief Economist of the National Bank, at the launch of the report mentioned.

The forced increase in the share of wages takes from the money meant for roads, investment in the education and the health of the workforce, meaning the investment money for higher productivity. Which sooner or later will also be seen in the wages, or more precisely in the purchasing power.

When sizing the labour cost, „foreign or Romanian entrepreneurs make the plan based on what they need to pay, the roads that take longer to drive mean more spending, production that means costs, legal framework that means lawyers, legal experts and so on, which means costs and consequently lower wages,” said the Chief Economist of BNR.

Education and health of workforce

The state should invest and encourage investment in the workforce’s education and health, so that the wages to reflect its value, according to the priorities in the field that the Chief Economist of BNR emphasised in the Country Report of the EC:

Romania’s score is among the lowest in the European Union: 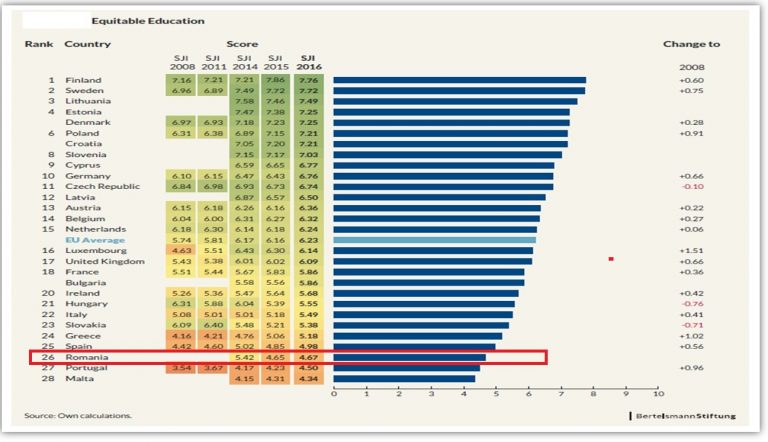 For Health needs are:

Romania ranks among the last countries in the EU in terms of access to the healthcare system: 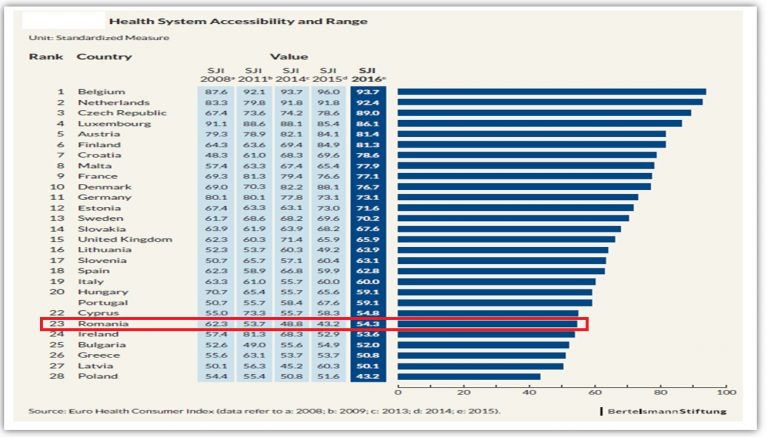 Compliance with the Transportation Master Plan, adopted in September 2016, is a condition to increase the productivity which would also create conditions for a better distribution of the national income, according to Valentin Lazea.

„If we would like to talk about wages in Romania, we should first solve the problems of the roads, infrastructure in general, production, justice and so on,” says the Chief Economist of BNR.

In the meanwhile, the previous wage increases have inspired new segments of state employees to ask for money. The threat of strikes will lead to compromises reached without any regard to productivity and investment that would increase productivity. 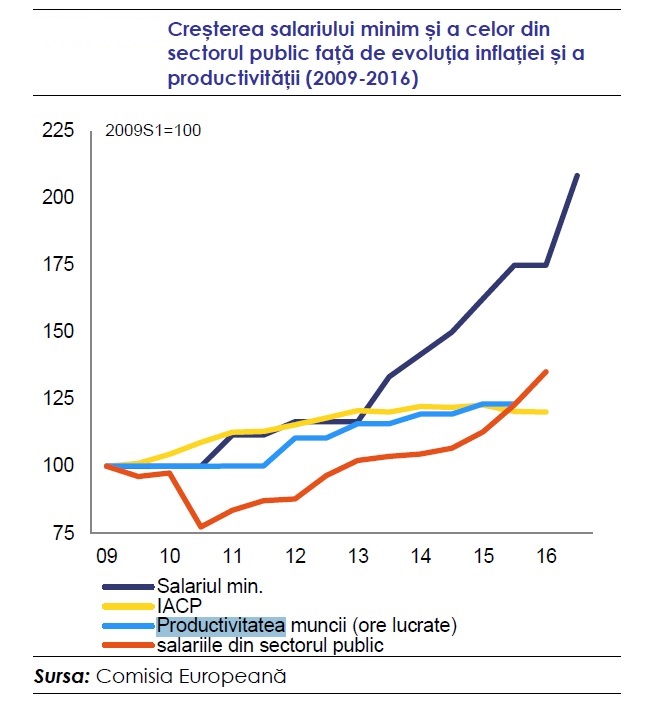 The Chief Economist of BNR believes that the main measures for increasing productivity must aim, in the field of research and development (R&D), to:

Romania ranks the last in the EU, by share of R&D expenditure in GDP. 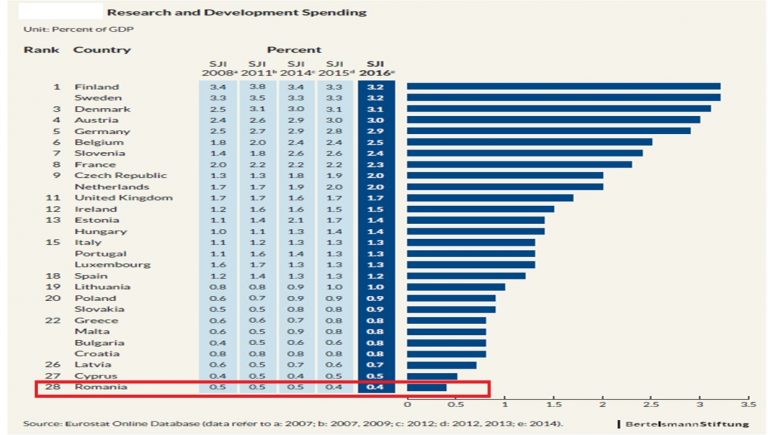 Also, the IT field needs:

Above all these is the importance of the efficient use of material resources, by increasing the collection rate of reused materials and elaborating, finally, the waste recycling plan.

Structural reforms to increase potential GDP also mean increasing the responsibility of public administration for decisions, says Valentin Lazea, emphasizing the idea from the Country Report. To do so it would require:

Of course, the responsibility of public administration also means a responsible tax policy. „Starting the first quarter of last year, we are on a surplus of demand and from that moment, it is no longer justified to make up the fire, by expansionary tax policies, which merely increase the flame just at the wrong time,” believes Valentin Lazea.

In a review made when the Country Report has been launched, the Chief Economist of BNR notes that a responsible public administration also means:

It is basically about attracting Foreign Direct Investment (FDI) and the development of the domestic capital and with this aim, the EC report draws attention to the need of:

What the European Commission did not say is what everybody knows, and the BNR Chief Economist does not hesitate to repeat that there is also a need of: