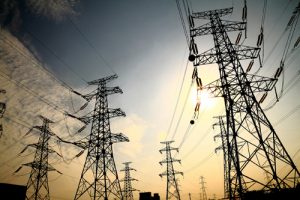 The national energy system operator, Transelectrica, a state-owned company operating the National Energy System (SEN), tells shareholders that the distribution of additional ROL 171 million required by the Government will force the company to contract mid and long-term loans from the first semester of next year to finance investment projects.

„We should keep in mind though that any amount distributed as dividends at this time will require the company to contract new mid and long-term financing starting the first half of 2018 to implement the strategic investment projects approved by ANRE and the Ministry of Economy with the 10-year development plan. The major projects included in the company’s development plan are already part of the European plan for the development of the electricity transmission network coordinated at the level of ENTSO-E (European Network of Transmission System Operators for Electricity). We underline that these projects include six projects of common European interest (eligible to receive non-reimbursable EU funding),” mentions a document issued by Transelectrica to shareholders and published by Profit.ro.

In September, the Government asked all state-owned companies to transfer in advance to the budget the amounts „not committed to future projects”, ignoring the fact that these projects should also be promoted by the Government, by virtue of an energy strategy, whose elaboration has been resumed after the elections the autumn.

The Government’s decision comes precisely when Romanian manufacturing companies expected to increase their investments after the first two quarters of „sharp decline” this year, according to a survey of the National Prognosis Commission (CNP).

Prime Minister Mihai Tudose answered these comments by invoking the shareholders’ right to collect dividends: „No one robbed them, no one took something they were not entitled to. We took the dividends now because we need them now (…) Where money was not committed or there was no forecast showing this money will be needed, we took it now.”

State revenues from the „energy” dividends can reach nearly one billion euros if all companies comply with the Government „memorandum”, which in fact requires them to give the Government at least 90% of the distributable profit in 2016.

On the other hand, companies in this field planned in their 2017 budget drafts investments amounted to RON 2,645 million. Many of these resources come from accounting depreciation.