The implementation of the consolidated budget in the first five months of 2020 registered a deficit of RON 38.8 billion (3.59% of GDP), of which… END_OF_DOCUMENT_TOKEN_TO_BE_REPLACED

Romania remains the weakest innovator in the EU, with a score in last year’s indicator ranking at only 31.6% of the EU’s average performance, according… END_OF_DOCUMENT_TOKEN_TO_BE_REPLACED

According to March 2020 data, the EC Convergence Report for Romania points out that the long-term interest rate for convergence purposes was 1.5 percentage points… END_OF_DOCUMENT_TOKEN_TO_BE_REPLACED

The European Commission is doubling its efforts to show that Europe has learned the lessons of the past and will avoid now, after the “Great… END_OF_DOCUMENT_TOKEN_TO_BE_REPLACED

Rating agency Standard & Poor’s has confirmed the ratings for Romania at ‘BBB minus / A-3’ and maintained the negative outlook. This rating maintains Romania… END_OF_DOCUMENT_TOKEN_TO_BE_REPLACED

Labour tends to zero in terms of contribution to potential GDP. When employment rate increases but does not converge 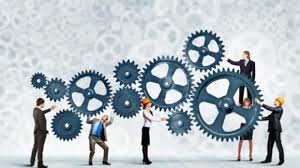 The employment rate of Romanian population aged between 20 and 64 years was 68.8% last year, according to data released by Eurostat.

This figure was significantly below the EU average of 72.2% and the lowest in the region where the neighbours Bulgaria (71.3%) and Hungary (73.3%) framed the same average.

It is worth to note: we returned only in 2017 to the level of 2001, a year when we were still above the EU average, at least according to the revised official data then quite strongly downward.

If we were to look at the relative situation from the crisis years 2010-2011 and the year when we managed to return with the GDP to the value from 2008, the negative spread between us and the EU remained almost unchanged, somewhere around three percentage points and a half.

The employment rate measures the proportion of people between 20 and 64 years of age who are employed. The definition refers to all persons who, during a reference week, have worked at least one hour for a salary or profit or who have been temporarily absent from such an activity. The indicator measured this way should not be compared with the annual or quarterly unadjusted series, which may give slightly different results.

Beyond the development level of a country, the situation regarding the capacity to create stable jobs and employment stimulation policies, Eurostat data show a strong cultural trait that does not take into account the factors mentioned above. Instead, adjusted with the need to have the things that are necessary for life, it takes shape quite clearly depending on the relation to a certain deep-rooted social concept and the vicinity.

There are elements that should be considered in terms of measures taken by public decision makers, with an indication of the feasible models that would be useful to follow.

It is certain that we have an insufficiently used resource from the production factors point of view, at a time when all analyses of potential GDP (the one that can be reached without affecting the macroeconomic equilibrium) show that labour’s influence is decreasing more and more, even heading to zero in the medium term.

Of course, it would be very good to rely on capital increases (0.2 percentage points on annual basis), to have as much investment as possible in infrastructure, machinery and equipment as best as possible, and to use modern production methods to increase productivity and added value. However, beyond a rather external and qualitative approach, the old internal and quantitative resource should not be neglected at all.

Bluntly put, we can see how Germany or the Czech Republic has no problem in increasing their economic output, to a considerable extent, by extensive methods. Methods by which they also manage to balance their public finances by transferring large masses of population from being simple beneficiaries of public services to having them paid by these people through taxes related to the work done.

That unless (and we should seriously meditate on that, even though it touches a sensitive issue from the political and social point of view), this is exactly what makes the difference between, let’s say, Germany and France, or, closer to our level, between the Czech Republic and Slovakia. Of course, if we admit that the other production factors would be at a similar level.

Beware, though, the simple improvement of this indicator, otherwise evident in recent years (not in the budget too, for reasons of questionable tax and revenue policy measures) is not enough, but needs to be seen in a wider European context. The context in which lagging behind, a situation to which we are already used, maintains and the convergence does not really happen.

Nuclearelectrica's Board of Directors has been mandated to initiate proceedings to terminate negotiations with China General Nuclear Power Group (CGN), as well as legal effects… END_OF_DOCUMENT_TOKEN_TO_BE_REPLACED

Romania imported an amount of electricity of almost 796 GWh in the first month of this year, by more than 36% above what it exported… END_OF_DOCUMENT_TOKEN_TO_BE_REPLACED

GFG Alliance has committed to invest one billion euros to upgrade Galati steel plant in order to reduce emissions and increase production. Another EUR 1… END_OF_DOCUMENT_TOKEN_TO_BE_REPLACED

The Transport Ministry, as the Intermediate Body in Transport, approved the financing request for the project "Construction of Sibiu - Pitesti highway", Sections 1, 4… END_OF_DOCUMENT_TOKEN_TO_BE_REPLACED

Lack of trust in authorities, corruption and low living standards are the main reasons why young people leave Romania. The data is part of a… END_OF_DOCUMENT_TOKEN_TO_BE_REPLACED

Romania is the EU country with the fewest cars in terms of the number of inhabitants, according to data recently published by Eurostat. We appear… END_OF_DOCUMENT_TOKEN_TO_BE_REPLACED

The Government is preparing the public for the first measures aimed at avoiding the budget slippage, which would be applied by the PSD-ALDE government. News… END_OF_DOCUMENT_TOKEN_TO_BE_REPLACED

French Prosecutor Jean-Francois Bohnert will be appointed as head of the European Financial Prosecutor's Office, a position for which he was heard on Thursday, 11… END_OF_DOCUMENT_TOKEN_TO_BE_REPLACED

Romania recorded the highest road deaths in the EU also last year, with 96 deaths per one million inhabitants in 2018, almost double the EU… END_OF_DOCUMENT_TOKEN_TO_BE_REPLACED

Sorina Pintea announced on Thursday further new changes that will be brought to the functioning of the health care system, including new rules for employment… END_OF_DOCUMENT_TOKEN_TO_BE_REPLACED

The new order on approval and selection procedures for insolvency practitioners is an important step to a very good direction, industry experts say. ANAF is… END_OF_DOCUMENT_TOKEN_TO_BE_REPLACED

Romania lost to Estonia in the final vote to get the non-permanent member position within the UN Security Council for the period 2020-2021. On Friday,… END_OF_DOCUMENT_TOKEN_TO_BE_REPLACED

eMAG hopes to get the opinion of the Hungarian Competition Council over the next two months for the acquisition of Extreme Digital, the market leader… END_OF_DOCUMENT_TOKEN_TO_BE_REPLACED