Inflation in Romania, seen from Europe 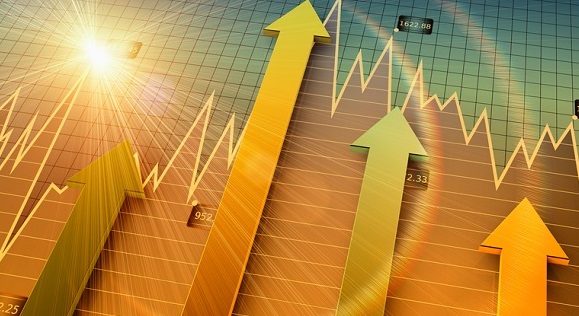 In the first month of the year, prices were higher by 2.66% compared to 2015, according to the data published by INS in the middle of this month in the statistical bulletin 1/2018.

Along with them, we are among the only eight EU member states where prices increased in the first month of this year, while in other 19 countries, prices have decreased, and in Lithuania, they almost stagnated (but at a level of + 5.87% compared to 2015). We mention that 2015 is the new reference year for the calculation of the specific economic indicators (replaced 2010). 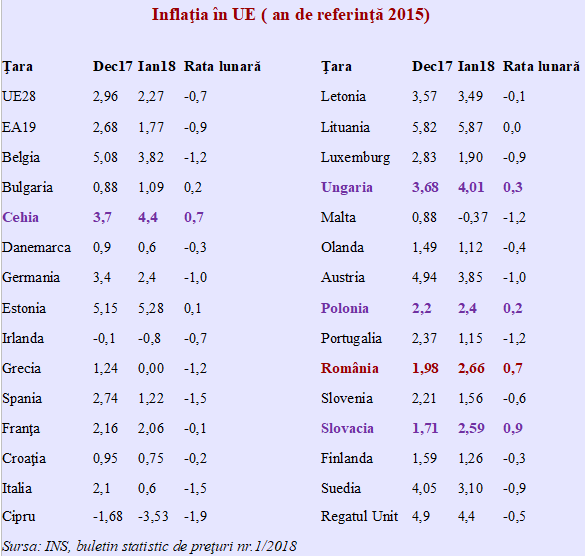 Compared to the prices in 2015, it can be noticed that, at the end of the first month of 2018, Romania ranked only the 9th, in the context of the inflation levels in the European states. That means after Lithuania, Estonia, the Czech Republic, the UK, Hungary (all above 4%), Austria, Belgium and Latvia. Coming, though, from the 16th position at the end of 2017.

What price increases were in Romania, by Eurostat classification

To have a clearer picture of product and service types, with 12 categories observed by a methodology harmonized at the European level, instead of just three categories according to an older national methodology, still used as a reference, for technical reasons, we also the price increases by types of purchases and invoices.

Compared to the average of 2.66%, the value range by sections is quite large, between -4.13% for leisure and culture and up to + 7.61% for alcoholic beverages and tobacco. With food and non-alcoholic beverages very close to the overall average (+ 2.54%) and expenses for housing, water, electricity, gas and other fuel that are more than twice as high (+ 5.90%). 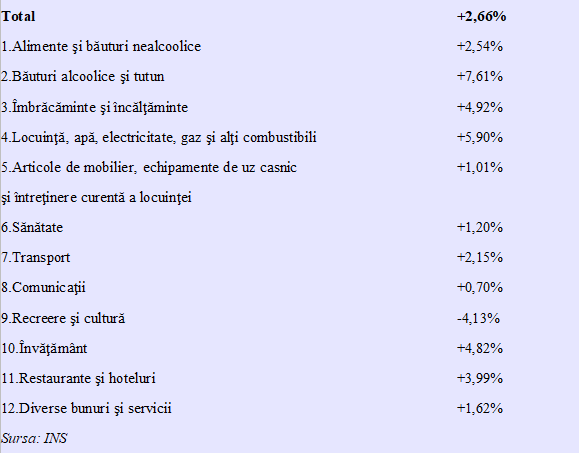 Finally, it is worth mentioning the situation in the communications sector, where the + 0.70% price increase is strongly based on the increase in the postal tariffs (+ 30.66%), while the telephone and fax equipment remain at quasi-constant prices (+ 0.04%) and the phone and fax services advanced by only + 0.25%.

The idea is that inflation appears to be related to some sectors and, within them, to certain products or services, whose evolution should be followed more closely. That, in order to discern how much of the price increase is part of the general trend and is explained by the cost and/or the quality increase, and how much appears as questionable, under special market conditions.

All in all, we should make the gradual transition from an approach limited to the national time horizon towards a European perspective. Which positions us more clearly within the union of states of which we are part and with which, sooner or later, in one form or another, our evolution will become more synchronized.