How Romania passed on 25% of domestic gas market to Russia. Suspect mechanism that hits both budget and economy

Russian companies have reached in November 2016 at a share of 25% of the Romanian gas market, up from only 5% in January. The mechanism that allowed that is complicated and it is hard to know today whether it was about incompetence, bad faith or lack of vision.

Beyond increasing the dependency, there are two more damages:

Depending on the players, situation has different explanations, but the overall picture is the same: in a time when Russia is feverishly looking for revenues to mend its economy and supply “fuel” to the propaganda machine, a helping hand comes from Romania.

The issue in dispute

It all started with Ordinance 7/2013 issued by Government Ponta – that imposed the tax on additional revenues resulted from the deregulation of natural gas prices – at that time of financial despair that also led to the introduction of the „pole tax.”

The next step was taken by the current leadership of the Ministry of Finance, following negotiations with the Romanian market players, but – essential! – under different price circumstances.

Finance Minister Anca Dragu announced two weeks ago that the bill on oil royalties has been completed and it is planned to maintain the current level of taxation in this area, while ensuring some deductions for offshore investments. The approval of the project was though left to the future government and parliament.

In parallel to this draft, the main players on the internal gas market – Romgaz and Petrom-asked, said sources from the Ministry of Finance, for amending the ordinance that introduces the tax on additional revenues obtained as result of the deregulation of natural gas prices.

The request was based on the fact that international prices of natural gas decreased since a while below the minimum threshold of 72 lei / MWh that the ordinance established in 2013 as a benchmark to calculate the tax.

As „revenge” against the constant pressure from leading representatives of the oil industry toward maintaining the level of royalties, the ministry’s leadership decided that the ordinance stays unchanged.

But something had changed: the price trend has been to go down in the meantime below the minimum taxed under the ordinance so that domestic producers would have been in a position to pay taxes at a higher level than for the sale price.

At this moment, it comes into play – at least in the explanations of the officials involved in the mechanism – an apparent fear of the Court of Accounts.

An original interpretation by the Romgaz management (the most important local producer) on the significance of the minimum price of 72 lei / MWh (which is the level for applying the minimum taxation according to the Ordinance 7 of 2013) led to applying a level of sale prices that made industrial customers turn towards natural gas imports.

The regulator regards the situation in a detached manner. „The price of imported natural gas is competitive and suppliers are turning to this source. When prices are low, gas imports can be up to 40%,” said Niculae Havrileţ (ANRE) in early November at a congress of the Association of Electricity Suppliers in Romania.

A detail here: the price of imported natural gas is very competitive precisely because there is no surcharge at a higher price than the sale price.

That means that today Romania uses 25% of the natural gas from imports. Import is ensured by companies from Russia.

Mention: according to the official ANRE statistics, imports represent 5% of the domestic consumer market in January 2016. The level maintained relatively constant until April 2016 (imports – 5.96%).

After this time, against the background of the falling international prices, the share of imports begins to rise to 25%, comparable to the domestic market share of Romgaz.

How the budget loses at least EUR300 million

The applicability period of the ordinance expires on 31 December 2016.

By the decision of the Ministry of Finance to keep the Ordinance 7 unchanged, taking into account only the effects of the minimum price, but not the date by which the regulations apply, the budget would lose significant revenues starting next year.

Sources from the energy market stated for cursdeguvernare.ro that the state collects more money from the tax applied to additional revenues than from the gas royalties.

Romania collected in 2015 revenues from oil and mining royalties worth about 1.3 billion lei (EUR292 mln.).

The emergency solution would be to use the traditional ordinance from December, pursued in the last two years.

Specialized industry sources say that this would be the worst option. „Normally, the Ordinance 7/2013 should be significantly adjusted and the minimum reference price of 72 lei / MWh applied to calculate tax should be replaced with the selling price. Otherwise, we are at the extremes, either having rigid regulations with little connection to the market or lacking the regulation, with the related risk to the budget,” said the sources of curdeguvernare.ro.

The Ordinance 7/2013 did not trouble Romgaz because the price on the unregulated market was higher than 72 lei / MWh when it was adopted. Problems occurred in 2016, remembers the General Manager of Romgaz Virgil Metea, with the instability of the natural gas prices and after a control of the Court of Accounts which concluded that Romgaz exceeded the market share for the natural gas sold to population. 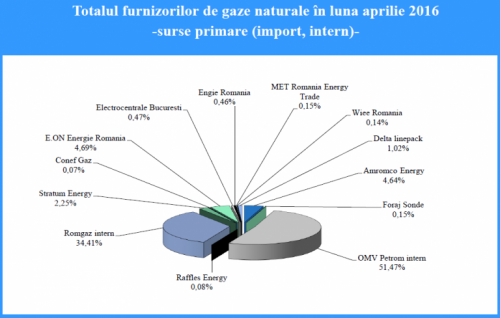 „Given the fragility related to controls, as we could have been even told that it is damage that we sold for less than 72 lei / MWh and the Court of Accounts comes to judge the business, we decided to keep the price. It is true that production decreased by 25% but not exclusively because of that. We also stored much smaller quantity than it was planned,” said Virgil Metea for cursdeguvernare.ro.

The head of Romgaz states that if there were no „obstacles”, the company could have competitive while meeting all performance indicators.

„First, 72 lei / MWH is not a minimum selling price, but an indicator for taxation. The state charges 40% of the difference between the minimum price of 72 lei / MWh and the price existing before the regulation – 45 lei / MWh. There is no mention anywhere that you cannot sell for less. Court of Accounts would not have made this mistake,” said the sources of cursdeguvernare.ro.

The same sources say that the decrease of Romgaz production resulted from closing some operations.

Only now, say the sources, Romgaz could have problems with the Court of Accounts: „If the mines are closed, it means that Romgaz will not pay the royalty fees set with the Ministry of Finance- if you do not produce, what to pay?”

A further problem would occur when it would be decided to reopen the production site. „There is no more guarantee to obtain the same productivity; usually, it goes down when you close and reopen on oil field,” said the sources.

OMV Petrom was the company that requested the amendment of the Ordinance 7/20013 along with Romgaz. After the refusal of the Ministry of Finance, Petrom did not insist.

Unlike Romgaz, which is active exclusively on the natural gas market, Petrom runs in parallel activities in the oil industry, thus having a substantial safety margin.

From another perspective: The final decision on the investment in the Neptune Deep natural gas area from the Black Sea, leased in equal shares to OMV Petrom and the US group ExxonMobil, could be made in about two years and production in this perimeter could start at the beginning of the next decade. The ideas are mentioned in the activity report of OMV Petrom.

Market sources say that postponing the decision to invest in the exploitation of deposits discovered in the Black Sea was taken against the background of the uncertainties related to the specific regulations that take time to appear in Romania.

ExxonMobil and OMV Petrom hold each 50% of the Neptun block deep-water, operated by the US company. The two companies announced in February 2012 that they made a significant discovery of hydrocarbons from the Domino-1 well drilling and preliminary estimates show the deposit of natural gas of 42-84 billion cubic meters. The companies brought platforms for exploration in the perimeter of the Black Sea, which are now relocated on the North coast of Africa. 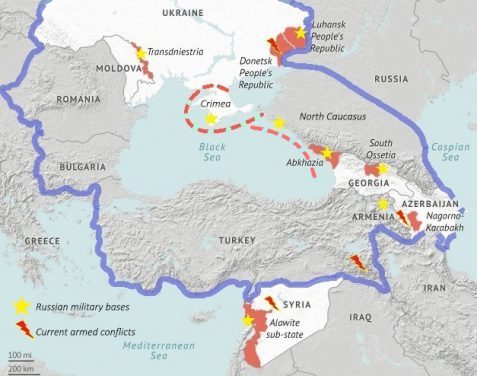 And the security component: if Americans had decided to begin offshore exploitation, the issue of the common Black Sea fleet would have been solved by now for sure.