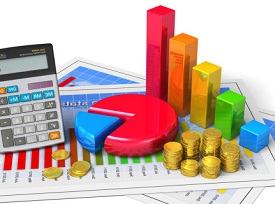 Romania is starting to show more and more warning signals for the short-term economic analysis based on Eurostat, with values that are significantly out of a balanced evolution.

Latest data is not likely to calm down potential investors and improve the country’s rating, despite the economic growth that reached 6% in the second quarter.

We mention that Eurostat offers a selection of macroeconomic indicators of the highest interest for the way member countries are seen. These indicators are standardized and harmonized for comparability between countries at the European level (Principal European Economic Indicators – PEEIs).

Here is how Romania’s economy looks from the outside, from the perspective of the centralized analysis at the EU level and what conclusions can be drawn from the recent economic developments: 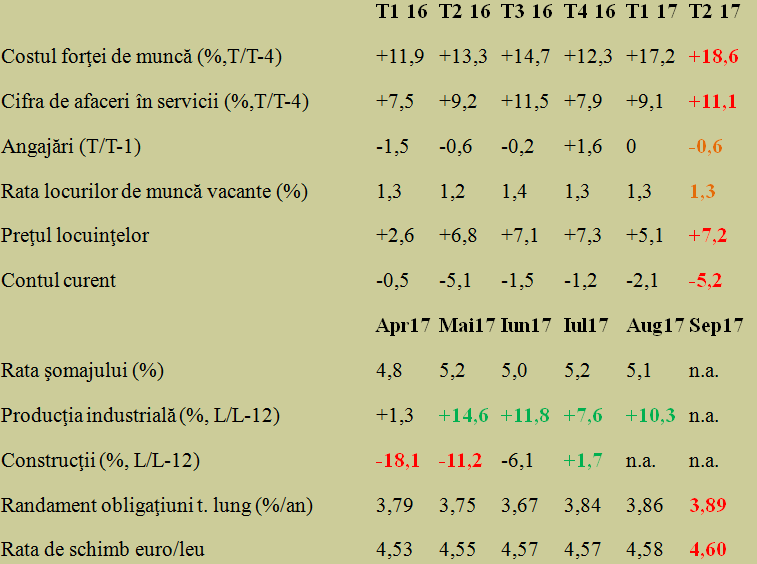 1- From the beginning, the sustained increase in labour costs, which is well above the level of the economic advance and keeps accelerating, looks increasingly worrying. It is noteworthy that the average presented in the European statistics does not discern an even more pronounced phenomenon, the redistribution of the labour remuneration in favour of excessive increases in the state sector compared to the private sector, where the average in the manufacturing industry has dropped below 90% of the national average.

It is noteworthy in this context that the three times increase in the additional benefits for the workforce was followed only by two times increase in the turnover in the services sector. They can hardly be supplied from import and the development of this sector has not kept up with the income growth, although the advance was almost double the economic growth rate.

A possible explanation might be the transfer of a substantial share of the extra money earned to the housing price hike, which went again out of the maximum + 6% threshold (after having returned and nearly-missing the „normal” parameters) compared to the previous year, a threshold set as a warning level for the macroeconomic stability.

2- Thus, Romania starts to gradually miss indicators of the 13 that it met one year ago, out of the 14 existing on the so-called macroeconomic stability scoreboard agreed at the European level and the next one on the list is most likely the budget deficit of maximum 3% of GDP).

The employment evolution has returned to the negative range in the second quarter of this year, after it appeared to have improved in the two previous quarters and job vacancy rates are still higher than one year ago. The unemployment remained low compared to the European average but stagnates above the 5% threshold.

3- Only the unexpectedly good (for now) industrial production, the recovery in the construction sector (which remains to be confirmed by the future data) and the employment that is still at an acceptable level have saved for the moment the indicators scoreboard from becoming entirely red on the prospects of economic stability.

4- The yield of government long-term bonds continued to increase and head to 4% after reaching a minimum level of 3.67% in June (quite consistent compared to the practice of other European countries). Which means that we are borrowing at increasing cost levels while we should avoid additional debt.

5- The euro / RON exchange rate, estimated around the first two decimals, has slowly increased since April to the threshold of 4.60 RON / euro. A threshold that will have to be discreetly defended if we want to end the current year with the average of 4.56 RON needed to maintain the value of the new 2017 GDP in euro, recently reassessed at RON 22 billion above the amount envisaged when drafting the budget (about RON 837 billion versus RON 815 billion).

All in all, the data published by Eurostat show that we should take steps to moderate the evolution of some indicators that have „went beyond the edge”. Preferably by governmental measures, where it would be efficient to amend the tax and income policies but of course with the support of the monetary policy, which can only partially compensate the optimization deficit of the Government that seems more concerned with the political disputes than the management of the economy.