The yield of long-term Romanian government bonds was 4.28% in January 2020, according to Eurostat data. That is well above all the other states of… END_OF_DOCUMENT_TOKEN_TO_BE_REPLACED

Net subscriptions in Romanian mutual funds (the difference between invested and withdrawn amounts) became again positive in 2019 after they had been negative in 2018.… END_OF_DOCUMENT_TOKEN_TO_BE_REPLACED

Romgaz (SNG) announced the start of production in the deep area of Caragele deposit (Buzau), the biggest discovered in the last 30 years and one… END_OF_DOCUMENT_TOKEN_TO_BE_REPLACED

Romania managed again to stand out at the EU level by recording the highest level of the public deficit in the third quarter of 2019,… END_OF_DOCUMENT_TOKEN_TO_BE_REPLACED

One third of European funds lost at whole Europe level belong to Romania: a failure of EUR 1.64 billion 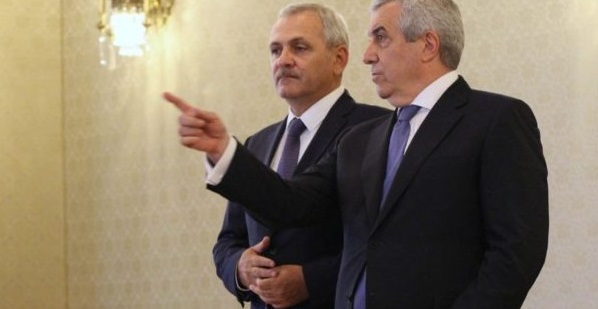 The European Commission sent on Tuesday a briefing to the European Parliament on the 2007 – 2013 Multiannual Financial Framework.

According to the Commission’s data, the total European funds automatically decommitted from the previous financial framework amounts to EUR 4.4 billion.

Of this amount, Romania marks EUR 1.64 billion, which represents over one-third of the decommitted funds.

According to the official data sent to cursdeguvernare.ro by Romanian MEP Siegfried Muresan, Romania lost:

From the Cohesion Funds

From the Regional Development Fund

From the European Social Fund

How much other former communist countries have lost

The Commission data show that all member states have decommitted amounts, but it is worth making a comparison for relevance:

Decommitments represent the European funds allocated to member states for the 2007-2013 financial period and lost because they could not be spent by the deadline calculated based on the formula n+ 3, which means 31 December 2016.

Important point: The situation presented by the European Commission does not take into account the so-called phasing-in procedure. For the states to not be in the situation to reimburse the European funds spent on projects that could not be completed within the deadline, for various reasons, member states have requested, and the Commission has approved the “relocation” of these projects in the next exercise.

The only condition imposed: money for “old” projects is paid from the amounts allocated in the new financial period, so states lose money in fact.

In Romania’s case, Ponta government has requested the phasing of:

Pitesti-Sibiu highway could be built entirely 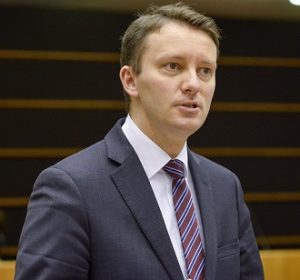 “Data published by the European Commission on the funds decommitted in the previous budget period show that Romania got the title of the worst-governed European country.

All governments that were in power for the 9 years when we could spend the money, that is 1 January 2007 – 31 December 2015, are more or less at fault, starting with Tariceanu government that knew since 2006 that it must prepare the launch of the authorities and management systems as well as the operational programs related to the absorption of the European funds, but was unacceptably late in starting them.

Although most of the operational programs were approved in 2007, the related management systems were only certified in 2009, which made impossible to send refund requests to the European Commission.

This resulted in an effective rate of 0% in the absorption of the structural funds for 2007 and 2008 when Calin Popescu-Tariceanu was prime minister.

The two years waisted contributed significantly to the loss of EUR 1.64 billion euros. With this money, Romania could build over 160 km of motorway or rehabilitate 150 km of railway, as it is known that Romania is today the country where trains run at the same speed as in the 19th century; with the same money, we could build 10 regional hospitals or rehabilitate 4,000 apartment blocks,” states Siegfried Muresan.

Siegfried Muresan notices though that Romanian governors’ big problem is that they do not learn lessons from the previous experience.

“We see today that the same mistakes that led to losing European funds in the previous budget exercise are made again in the management of the European funds related to the Multiannual Financial Framework 2014-2020.

So, we risk losing again billions of euros from the European funds allocated to Romania unless the authorities show more interest and do more to absorb this money. In addition, it is very important that, by 2020, we can prove that we can manage the absorption of the European funds.

Only this way can we convince member states which are net contributors to the EU budget that Romania deserves the same high level of the European funds beyond 2020,” says MEP Siegfried Muresan.

GFG Alliance has committed to invest one billion euros to upgrade Galati steel plant in order to reduce emissions and increase production. Another EUR 1… END_OF_DOCUMENT_TOKEN_TO_BE_REPLACED

The Transport Ministry, as the Intermediate Body in Transport, approved the financing request for the project "Construction of Sibiu - Pitesti highway", Sections 1, 4… END_OF_DOCUMENT_TOKEN_TO_BE_REPLACED

Lack of trust in authorities, corruption and low living standards are the main reasons why young people leave Romania. The data is part of a… END_OF_DOCUMENT_TOKEN_TO_BE_REPLACED

Romania is the EU country with the fewest cars in terms of the number of inhabitants, according to data recently published by Eurostat. We appear… END_OF_DOCUMENT_TOKEN_TO_BE_REPLACED

The Government is preparing the public for the first measures aimed at avoiding the budget slippage, which would be applied by the PSD-ALDE government. News… END_OF_DOCUMENT_TOKEN_TO_BE_REPLACED

French Prosecutor Jean-Francois Bohnert will be appointed as head of the European Financial Prosecutor's Office, a position for which he was heard on Thursday, 11… END_OF_DOCUMENT_TOKEN_TO_BE_REPLACED

Romania recorded the highest road deaths in the EU also last year, with 96 deaths per one million inhabitants in 2018, almost double the EU… END_OF_DOCUMENT_TOKEN_TO_BE_REPLACED

Sorina Pintea announced on Thursday further new changes that will be brought to the functioning of the health care system, including new rules for employment… END_OF_DOCUMENT_TOKEN_TO_BE_REPLACED

The new order on approval and selection procedures for insolvency practitioners is an important step to a very good direction, industry experts say. ANAF is… END_OF_DOCUMENT_TOKEN_TO_BE_REPLACED

Romania lost to Estonia in the final vote to get the non-permanent member position within the UN Security Council for the period 2020-2021. On Friday,… END_OF_DOCUMENT_TOKEN_TO_BE_REPLACED

eMAG hopes to get the opinion of the Hungarian Competition Council over the next two months for the acquisition of Extreme Digital, the market leader… END_OF_DOCUMENT_TOKEN_TO_BE_REPLACED