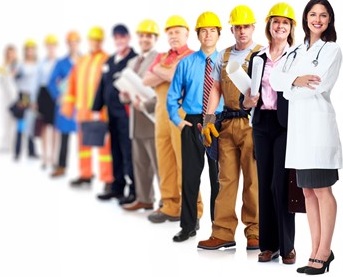 The hourly labour cost increased in the first quarter of 2018 by 12.72% compared to the same period in 2017, according to the data announced by INS.

It is a decreasing pace from a level of 14.29% recorded in the previous quarter, related to which the increase was relatively small (only + 1.42%), but above the 12% threshold set by the European requirements for macroeconomic stability.

Moreover, while the increase in labour cost was about double at the end of last year compared to the GDP growth (for now, estimated at 6.9%), in the first quarter of 2018 there was a three times ratio in the context of the slowdown in the growth economic growth to only four percentage points. The mismatch occurred between the two indicators raises questions.

And that, before new wage increases in the health sector are to entry into force, outpaced at the level of the pay scale planned for 2022. Which shows this labour cost trend is unsustainable, generates inflationary pressures and reduces competitiveness. 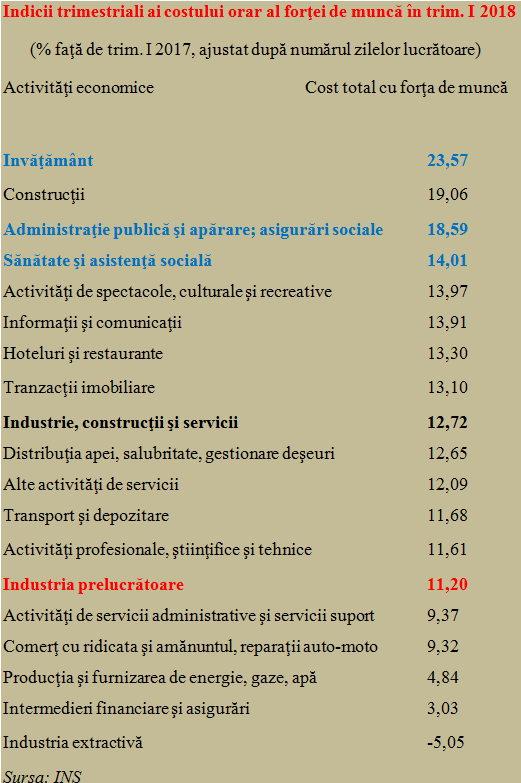 As was readily anticipated, the public sector has already positioned significantly above the average in the economy and covers three of the top four positions in terms of growth. Because of the advance in the national minimum wage and the lack of workforce in the sector, the constructions were interfered with this ranking.

This structure of cost increases in the economy, with those inherently paid from taxes collected from „productive” activities, will be increasingly difficult to support, as the revenue collection to the public budget shows it cannot keep the pace with the rhythm of increase in salaries and pensions (which have not been increased yet and will receive a 10% increase planned for the middle of the year).

We remind that two-digit increases in wages are rare in a settled economy. The share of wages in the cost of products has already led, by way of salary increases, to an advance of more than four percentage points in industrial production prices. An advance that cannot be accommodated within the trade chain and that can already be seen, including at the shelf.

Prior to these double-digit wage increases for the vast majority of the economic activities, there was a reserve (about to end) from the relatively low level of the share of the economic outcome attributable to employees, compared to the practices of Western economies. It is a rapidly exhaustible resource that can no longer be used in the years to come.

Fortunately, we resumed a robust industrial labour productivity in 2017 (the benchmark for the entire economy, because this is the only sector where it can be accurately calculated) after four years of consecutive cuts and after it had slightly entered the negative range in 2016:

Unfortunately, the trend for the first three months of 2018 is not at all encouraging, and the value estimated for March reached almost zero.

Therefore, it will be increasingly difficult to accommodate wage increases in the public sector and pension increases without a revitalisation of the labour productivity to more consistent growth rates.