Government program of Grindeanu’s cabinet: social measures right away, investment when it can be 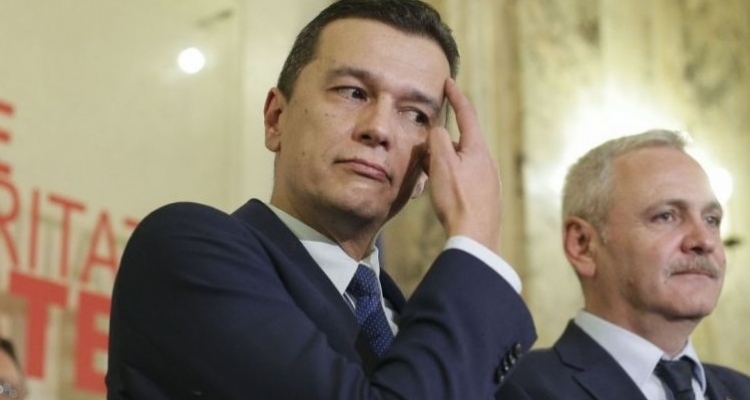 The PSD-ALDE coalition submitted a government program to Parliament. It emerges from the document the current government’s intention to control most of the economy against the background of social tranquillity created by tax cuts, pension and salary increases.

Against the background of the predictably significant decreases in the budget revenues, caused by the intent to implement the social measures with priority (on Thursday, for instance, an extraordinary session of the Chamber of Deputies has been scheduled  for cancelling the taxation of pensions), the challenge of the new government will be to keep within the deficit target.

A first clue to how they might do that: while the government program has set clear deadlines for wage increases and cutting some taxes, it does not mention any fixed terms for most points of the timetable for the expected investments.

PSD-ALDE coalition tries to ensure the economic growth by lowering the labour costs and setting tax rates inspired by the Luxembourg tax system.

Additionally, the new government promises that starting 1 December 2018, there will be no tax in the Romanian fiscal system that cannot be paid online and there will not be more than 50 taxes in Romania.

The government program proposes to adjust the VAT from 20% to 18%, as of 1 January 2018. „This way, we will have the second lowest rate in the EU, after Luxembourg, with 17%,” writes the document submitted to Parliament.

The problem ignored by this government program is that, on 1 January 2017, VAT decreased to 19%, according to the amendments to the Tax Code adopted by the Ponta government.

Understanding this unsustainable measure, PSD urged Ciolos government in December 2016 to amend the Tax Code so that VAT to not decrease to 19% on 1 January 2017. As the request has been denied, it remains for the new Minister of Finance to solve this omission from the government program.

A second step consists of:

There are also mentioned, without any clear deadline:

„The above values represent a pessimistic alternative (minimum), as they are likely to be much higher, depending on the economic developments in Romania„, mentions the government program.

„Performance contracts” to be introduced for ANAF

Against the background of the predictable decrease in the budget revenues, the Government is preparing „implementation of performance contracts for ANAF, with quarterly targets and automatic measures to correct deviations from the collection target set”.

ANAF will become the „spearhead” in a future program for decreasing undeclared work, where they prepare “drastic increase of the fines/penalties for evasion and undeclared work„.

Additionally, the Government plans to establish a department within ANAF specialised on the matter of the continuously loss-making firms (more than 3 years in a row), the companies with zero turnover and the loans that private shareholders grant to their own companies with losses.

The government program also mentions „the consolidation of the Transfer Pricing Directorate” of the same institution.

The focal point of the government program is Romania’s reindustrialisation. The state led by PSD and ALDE promises „to act as an efficient manager and a cautious investor in the economy, by observing the rules and principles of the market economy and responsibly and intelligently managing the natural, human and financial resources.”

Reindustrialisation will start with saving the companies that are in a precarious financial situation (insolvency, debt, etc.). The government promises that CN Hunedoara, Oltchim SA or CE Oltenia will not be closed down.

The state will actively involve mainly „by setting development levers needed, including the establishment of investment funds and launching of public greenfield or brownfield investment projects with substantial impact, granting incentives for private investment, regardless of the nature of share capital (domestic or foreign), through tax incentives.”

The state believes it can be a good manager, therefore, sets up two investment funds

„Our government will give up the complex that many governments had in Romania, that certain things cannot be done in our country, although many states have done them long ago with good results„, mentions the government program.

Accordingly, the Government will establish a Sovereign Fund for Development and Investment (FSDI) and a National Development Fund (FND).

Worth noting: the Government hands over FDSI the responsibility of „the largest investment for the next four years” to take place in the healthcare system, „by building a republican hospital and eight regional hospitals.” The regional hospitals are though included in the European Commission’s financing plan, still waiting for Romania to provide the feasibility study and clarify the legal status of the land where they are to be built.

The new power is aware that the launching of the FDSI will diminish the budget revenues by 2.6bn lei, money that will not be collected any longer from the dividends of the state companies. But the government is convinced that „strong activity” this fund will result in receipts from taxes of about 9 bln. Lei.

The Government announces its intention to create, no later than the second half of 2017,  a National Development Fund (FND). Basically, it is about renaming the AAAS that will bring its entire portfolio of companies to the new fund.

A mention: the FND’s portfolio will also include the state companies that cannot be added to the FSDI because of some European bans: the manufacturing and distribution companies cannot be administered by the same entity. This trick avoids the monopolistic behaviour.

Following these constraints, Transelectrica and Transgaz will be managed and owned by the FND, while Hidroelectrica and Romgaz by the FSDI.

Given that the AAAS’s efficiency in managing the companies from its portfolio is very poor, it can be anticipated for Transelectrica and Transgaz to be the growth drivers of the FND, which theoretically aims for:

All economic laws organized into a single legislation package

As a novelty, the government program provides for „organizing all the laws related to the economic field into a single legislative package”, which will lead to:

The legislative code will be called the „ Economic Code of Romania” and will comprise the Tax Code, the Tax Procedure Code, the Corporate Law, the Law on Tax Evasion and all the other laws related to the economy.

The Economic Code will be discussed in the first quarter of 2017 and launch to parliamentary debate starting April 2017, right with the first parliamentary session. It will be approved no later than 1 July 2017 and its measures will apply as of 1 January 2018, gradually until 2022.

The Government will ask the other political parties from the Parliament to agree on a moratorium in which no political party to initiate legislative proposals for amending the new Economic Code of Romania, for at least 5 years.

„We will initiate the negotiations of the unitary pay law with all the unions representing people working in the public system, in the first quarter of 2017„, promises the new government.

This law will provide for:

„The above values represent a pessimistic alternative (minimum), as they are likely to be much higher, depending on the economic developments in Romania„, mentions the government program.

The civil servant should not be ill-treated

To protect the civil servants, “on one hand from the law’s abuses, and on the other hand, from those who are on bad terms with the law„, the Government promises to adopt, in the first half of 2017, a new Statute of Civil Servants.

It will include „very clearly both their rights and obligations, the level of responsibility, but also the benefits of a career based on performance.”

For the protection of the civil servant, the Government promises that the criminal legislation will also provide for „tougher measures for those who verbally or physically assault the public servant”.

The „Justice” chapter contains rather principles and a formal commitment to continue the fight against corruption is missing.

Among the few measures clearly explained, it is included the increase of the number of courts specializing in commercial matters from 3 (Cluj, Pitesti and Tirgu Mures) to 15, namely in Bucharest and the county capital cities where there are courts of appeal functioning, with specialized judges working with these specialized courts.

The Government also intends to establish a „pilot court specialized in administrative and fiscal matters„, to function in the capital city.

„Considering Romania’s progress and achievements against the benchmarks, the initial MCV benchmarks, the Government and the EC will cooperate to stop the MCV during the mandate of the current Commission,” mentions the government program.

The Government wishes for a foreign policy based on „national consensus in order to achieve its objectives effectively, managed with professionalism and integrity, for promoting and protecting the national interests.”

The foreign policy objectives, in the order in which they are mentioned, are to assure and develop the partnerships with NATO and the EU and develop relations with the US, Moldova, Germany, France, Italy, Spain, the UK, Poland, Turkey, Canada, Hungary, Bulgaria, Serbia, Ukraine. The list continues with the OECD, G20, and countries from Asia, Africa, America.

Separate chapter – Russia: „It is aimed to develop the economic relations, with the strict and active observance of the sanctions regime decided by the EU, which must continue until the crisis in Ukraine is solved. Romania will not recognize the illegal annexation of Crimea by the Russian Federation; the efforts to support the work of the Joint Bilateral Commission on solving problems emerging from the common history will continue, including on the Romanian Treasure, whose works resumed in 2016„.