The Transport Ministry, as the Intermediate Body in Transport, approved the financing request for the project “Construction of Sibiu – Pitesti highway”, Sections 1, 4… END_OF_DOCUMENT_TOKEN_TO_BE_REPLACED

Lack of trust in authorities, corruption and low living standards are the main reasons why young people leave Romania. The data is part of a… END_OF_DOCUMENT_TOKEN_TO_BE_REPLACED

Romania imported 38% more electricity in the first five months of this year, compared to the same period of 2018, according to the most recent… END_OF_DOCUMENT_TOKEN_TO_BE_REPLACED

Government amends, only 3 months after last change, the method of approving price of medicines. Industry claims 48% of the market is disrupted 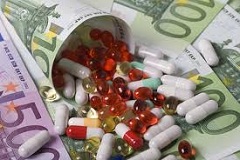 The Ministry of Health has launched to public debate a government decision draft to amend the calculation methodology and the endorsement/approval procedure for the maximal prices of medicines.

The draft decision relaunches, on the one hand, the issue of predictability in business: it is issued in less than 3 months after similar changes have been approved by the previous government, based on which the industry has already made its plans for 2017.

On the other hand, according to the industry calculations based on the present version of the draft decision, the impact of price cuts will force nearly 40% of pharmacies to function with zero profit, while 28% of them would be exposed to the risk of defaulting.

Amendments proposed by the new Minister of Health

The draft decision of the Ministry of Health preserves, as stated in explanatory memorandum, “most of the matters covered by Decision 800/2016 of 26 October 2016 (amended in November 2016), but changes some essential aspects:

The draft decision also provides for the introduction of a Public national catalogue of prices – to comprise the maximal prices of medicines used/sold by healthcare or medicines providers which are not under a contract with the Ministry of Health, national health insurance houses and/or health departments.

According to the explanatory memorandum, the decision to decrease the price of some medicines has no financial impact on the budget, either in the short and long term, as all changes are to be borne by the producer-distributor-retailer chain.

Effects announced by the industry: Government decision would disturb over 48% of the market

The problem is that pharmacies are generally functioning with stocks of medicines covering 2 months and after the entry into force of the decision, the price change (significant, 35%) should be borne by the companies.

In short: if a medicine gets in the stock at a price of 100 lei, for instance, the pharmacy is required to sell it for 65 lei. The economic but inhumane alternative would be that, during the 150 days until the entry into force of the new regulations, the pharmacies to get rid of the stocks (namely, to stop supplying), but such a decision would cause at some point a lack of certain medicines on the market.

According to the latest official statistics available, in Romania, on 31 December 2015, there were 3,445 companies active in the sale of medicines, with 6,365 work sites.

From the industry data, the price cut impact on the profit rate of pharmacies represents 1.33% of their turnover.

Although a small percentage at first glance, it should be seen in the context: from the accounting data provided by the industry, 1,351 companies owning 2,480 work sites, have a maximum profit rate of 1.3% of the turnover. That would mean that 39% of the industry would lose its economic reason of being.

Taking into account the averages stocks for one month, the pharma industry has also calculated the risk of defaulting, based on the accounting details to date: it is about 961 companies with 1,798 work sites, namely 28% of the industry.

There are also companies in both situations: decrease of profit rate and significant impact on stocks. Summary in the table below:

The conclusion that the industry points out: One single governmental decision puts 48% of the market at risk.

The Transport Ministry, as the Intermediate Body in Transport, approved the financing request for the project "Construction of Sibiu - Pitesti highway", Sections 1, 4… END_OF_DOCUMENT_TOKEN_TO_BE_REPLACED

Lack of trust in authorities, corruption and low living standards are the main reasons why young people leave Romania. The data is part of a… END_OF_DOCUMENT_TOKEN_TO_BE_REPLACED

Romania is the EU country with the fewest cars in terms of the number of inhabitants, according to data recently published by Eurostat. We appear… END_OF_DOCUMENT_TOKEN_TO_BE_REPLACED

The Government is preparing the public for the first measures aimed at avoiding the budget slippage, which would be applied by the PSD-ALDE government. News… END_OF_DOCUMENT_TOKEN_TO_BE_REPLACED

French Prosecutor Jean-Francois Bohnert will be appointed as head of the European Financial Prosecutor's Office, a position for which he was heard on Thursday, 11… END_OF_DOCUMENT_TOKEN_TO_BE_REPLACED

Romania recorded the highest road deaths in the EU also last year, with 96 deaths per one million inhabitants in 2018, almost double the EU… END_OF_DOCUMENT_TOKEN_TO_BE_REPLACED

Sorina Pintea announced on Thursday further new changes that will be brought to the functioning of the health care system, including new rules for employment… END_OF_DOCUMENT_TOKEN_TO_BE_REPLACED

The new order on approval and selection procedures for insolvency practitioners is an important step to a very good direction, industry experts say. ANAF is… END_OF_DOCUMENT_TOKEN_TO_BE_REPLACED

Romania lost to Estonia in the final vote to get the non-permanent member position within the UN Security Council for the period 2020-2021. On Friday,… END_OF_DOCUMENT_TOKEN_TO_BE_REPLACED

eMAG hopes to get the opinion of the Hungarian Competition Council over the next two months for the acquisition of Extreme Digital, the market leader… END_OF_DOCUMENT_TOKEN_TO_BE_REPLACED