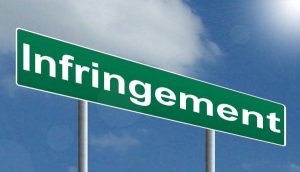 Romania risks the infringement procedure if the Parliament adopts definitive amendments to the Emergency Ordinance 64/2017 on the natural gas market, which provides for the trading of 70% of its volume only on the state-controlled OPCOM market.

The punishable amendments, recently approved by the Chamber of Deputies’ Committee for Industries, could violate the fundamental freedoms laid down in the Treaty of the European Union as well as the free energy market principles, says the EU Climate Action and Energy Commissioner Miguel Arias Canete in a letter to the President of the Chamber of Deputies, Energy Minister Toma Petcu and Iulian Iancu, Chairman of the parliamentary committee, according to Hotnews.

The parliamentary committee has also invoked the argument of transparency to justify its amendments but the European Commissioner draws attention to the fact that there are also other solutions for communicating the information.

OPCOM would have a monopoly on the operation of the centralized natural gas markets, and producers would be required to trade 70% of their production, as of January 1, 2018, a share to be increased annually by the Government „until the level of 100% will be reached„, the Committee for Industries and Services decided at the beginning of the month, with 5 votes against of the 19 committee members.

Moreover, „the representatives of the regulator (ANRE, editor’s note), who will have the task of withdrawing our license, have said they do not see how they could withdraw a right that is already established. You cannot believe that such a thing is happening in Romania, an EU state, 27 years after the Revolution. We live in an unreal world,” Septimiu Stoica said.

In May 2017, the management of the Romanian Commodities Exchange launched a public appeal to the PSD leadership to reject what they called an „attempt to nationalize the gas trading”, namely a proposal which has been supposedly initiated by Iulian Iancu, member of the Chamber of Deputies and would prohibit the Commodity Exchange from trading natural gas.

Currently, most of the transactions are carried out through BRM.