The yield of long-term Romanian government bonds was 4.28% in January 2020, according to Eurostat data. That is well above all the other states of… END_OF_DOCUMENT_TOKEN_TO_BE_REPLACED

Net subscriptions in Romanian mutual funds (the difference between invested and withdrawn amounts) became again positive in 2019 after they had been negative in 2018.… END_OF_DOCUMENT_TOKEN_TO_BE_REPLACED

Romgaz (SNG) announced the start of production in the deep area of Caragele deposit (Buzau), the biggest discovered in the last 30 years and one… END_OF_DOCUMENT_TOKEN_TO_BE_REPLACED

Romania managed again to stand out at the EU level by recording the highest level of the public deficit in the third quarter of 2019,… END_OF_DOCUMENT_TOKEN_TO_BE_REPLACED 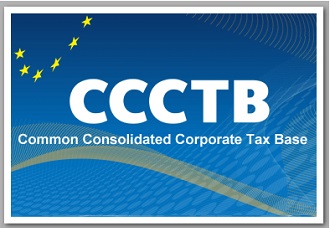 European authorities are taking increasingly decisive steps towards tax harmonization of the 27 systems remained in the EU, but the new measures may have negative effects on the Romanian economy and society that could be caught unprepared.

Especially the directive proposal on the Common Consolidated Corporate Tax Base (CCCTB – recently approved by the European Parliament) could have a negative impact from the perspective of the calculation algorithm, according to the experts consulted by cursdeguvernare.ro.

Romanian authorities’ problem is even greater as only 50 of the 500 largest exporters from the country are Romanian privately-owned companies. This shows how dependent the Romanian economy is on the foreign-owned companies, according to PIAROM.

Tax base of multinationals

“The adoption of the Common Consolidated Corporate Tax Base (CCCTB) will lead to a fundamental change in corporate tax rules. (…) The discussion reached us, but in a diluted form and, unfortunately, not adapted to Romanian realities“, says Alin Chitu, director of tax services at Deloitte Romania.

Although in theory the CCCTB proposal “is a harmonization of rules, to eliminate gaps and differences in treatment between national laws that allow companies to use them to obtain a lower tax burden, in practice it is quite possible that some states, especially those with smaller economies, to be negatively affected,” the expert quoted added. 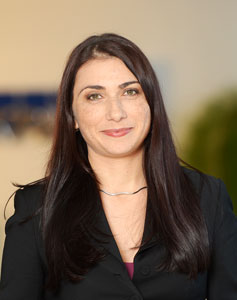 Romania might suffer in a way similar to the one revealed in one of the few impact studies made in the EU countries (Slovakia), responds Ramona Jurubita (photo), Deputy Senior Partner and Head of Tax & Legal at KPMG, to questions of cursdeguvernare.ro.

“There is no empirical study made at the academic level aimed at assessing the budgetary impact of this new tax revolution. Researchers in Slovakia, who dared to make such an attempt in 2013, with data of the Slovakian economy valid in 2009 and 2010, had the surprise to note that the fiscal impact would be negative in their country. Significantly negative, with a potential decline of nearly 30% in the corporate income tax,” says the KPMG expert.

The reason? “The formula of proportional allocation of the common tax base also uses the wage amount paid in that country as a factor and wages in Slovakia were significantly lower than in other countries.

“Romania is in the same situation, so what can we reasonably expect? A positive impact on Romania could come from an increase in the certainty of taxation, but only because the rules would not change with the same speed and frequency with which they change now, this being the main problem with the taxation in Romania identified by the business community,” explains Ramona Jurubita.

Last week, the European Parliament endorsed the European Commission’s proposal for a directive which defines how the CCCTB tax base is calculated for profits of companies operating in several member states.

The tax base will be consolidated at the level of the group of companies and each tax jurisdiction will apply its own corporate tax rate on a part of the tax base depending on the volume of the group’s activity in that country as measured by the share of sales, assets and labour costs of the entities in that country.

Each country would benefit this way, by taxation, from a part of the consolidated profits of a mutational company, based on a uniform formula applied across the Union.

“What is broken down by the mechanism of the proportional allocation formula is not the tax, but the tax base. The applicable tax rate and the actual allocation remain in the national jurisdiction, as is the case with VAT now,” explains Ramona Jurubita from KPMG.

“The proposal already has a history, as it was initiated in 2011, rejected, went through transformations and came back on the agenda in 2016. We are now seeing an acceleration of the legislative process that comes in a wider context along with the proposals of the European Commission and the OECD to tax the digital economy,” reminds Alin Chitu (photo), from Deloitte Romania.

There is a “clear and growing concern of European authorities, but especially of old member states to find solutions to tax profits based on other rules than the current ones. The explanation is that the taxation framework is decades old, and the economy has changed, new business models have emerged thanks to technology,” says the expert.

The main cause from which Romania will suffer, like other countries with smaller economies, is precisely that “there will be an allocation based on certain criteria to the national states’ budgets” and “at the same time, the states’ right, limited today, to provide incentives and tax facilities will disappear,” says Alin Chitu.

The corporate tax rate will remain a national prerogative, but the scope of application will be increasingly limited by community constraints.

“It should be borne in mind that, even within a union there is a tax competition to attract investment, so Romania should examine both the benefits and disadvantages of the CCCTB implementation and balance them to make sure that it combines its own interest with the European community’s interest in the positions it expresses,” says the expert.

The problem is that “we have no quantitative answers to the question how will Romania be affected?, but only reasonable assessments”, notes Ramona Jurubita.

Which means that “an analysis made by authorities would be even more necessary because, beyond principles and the association of the new rules with the tax avoidance issue, there is no European impact study showing the effects from country to country,” remarks Alin Chitu.

In addition, the path to appealing the EU Court (CJEU) will open “to correct potential misinterpretations of the Community legislation on corporate taxation by Romanian tax authorities” – which would be the good part of the constraints, according to Ramona Jurubita.

“Currently, the VAT legislation framework is functioning this way. The extension of the framework to the corporate income tax promises to ensure more rigour, clarity and stability from the Romanian tax authorities in relation to the taxpayer,” says Ramona Jurubita.

And the European Commission (EC) is in a hurry and wants the new system to take effect in two years, in 2020.

While in a previous strategy “the EC proposed a two-step approach (first to harmonize the calculation of the tax base, and in a second phase, to impose the consolidation at the European level, the European Parliament decided to revolutionize the way of taxing the profits of all multinational companies active in the EU within a very narrow time horizon,” says the expert.

Initially, the measure targeted only large multinational groups with annual revenues of over EUR 750 million. Now any group of companies will be targeted, within maximum seven years from the date of the directive implementation.

The EC also has from now the support of the European Parliament, and it is to also obtain the approval of the European Council, where the governments of the member countries will have a word to say.

GFG Alliance has committed to invest one billion euros to upgrade Galati steel plant in order to reduce emissions and increase production. Another EUR 1… END_OF_DOCUMENT_TOKEN_TO_BE_REPLACED

The Transport Ministry, as the Intermediate Body in Transport, approved the financing request for the project "Construction of Sibiu - Pitesti highway", Sections 1, 4… END_OF_DOCUMENT_TOKEN_TO_BE_REPLACED

Lack of trust in authorities, corruption and low living standards are the main reasons why young people leave Romania. The data is part of a… END_OF_DOCUMENT_TOKEN_TO_BE_REPLACED

Romania is the EU country with the fewest cars in terms of the number of inhabitants, according to data recently published by Eurostat. We appear… END_OF_DOCUMENT_TOKEN_TO_BE_REPLACED

The Government is preparing the public for the first measures aimed at avoiding the budget slippage, which would be applied by the PSD-ALDE government. News… END_OF_DOCUMENT_TOKEN_TO_BE_REPLACED

French Prosecutor Jean-Francois Bohnert will be appointed as head of the European Financial Prosecutor's Office, a position for which he was heard on Thursday, 11… END_OF_DOCUMENT_TOKEN_TO_BE_REPLACED

Romania recorded the highest road deaths in the EU also last year, with 96 deaths per one million inhabitants in 2018, almost double the EU… END_OF_DOCUMENT_TOKEN_TO_BE_REPLACED

Sorina Pintea announced on Thursday further new changes that will be brought to the functioning of the health care system, including new rules for employment… END_OF_DOCUMENT_TOKEN_TO_BE_REPLACED

The new order on approval and selection procedures for insolvency practitioners is an important step to a very good direction, industry experts say. ANAF is… END_OF_DOCUMENT_TOKEN_TO_BE_REPLACED

Romania lost to Estonia in the final vote to get the non-permanent member position within the UN Security Council for the period 2020-2021. On Friday,… END_OF_DOCUMENT_TOKEN_TO_BE_REPLACED

eMAG hopes to get the opinion of the Hungarian Competition Council over the next two months for the acquisition of Extreme Digital, the market leader… END_OF_DOCUMENT_TOKEN_TO_BE_REPLACED