Romania’s big re-launch plan for the next decade places transport infrastructure at the centre of investments, with an allocation of 60% of the total amount.… END_OF_DOCUMENT_TOKEN_TO_BE_REPLACED

The general consolidated budget registered in the first half of the current year a deficit of about RON 45 billion, equivalent to 4.2% of the… END_OF_DOCUMENT_TOKEN_TO_BE_REPLACED

At the European level, there is an agreement to introduce a “modest” tax on disposable plastic, a first source of income to support the repayment… END_OF_DOCUMENT_TOKEN_TO_BE_REPLACED

Long-term interest rate for Romania fell by almost one percentage point in just two months, according to data released by Eurostat. After increasing up to… END_OF_DOCUMENT_TOKEN_TO_BE_REPLACED

Energy companies – squeezed out of dividends worth billions: government program does not include an estimation of investment 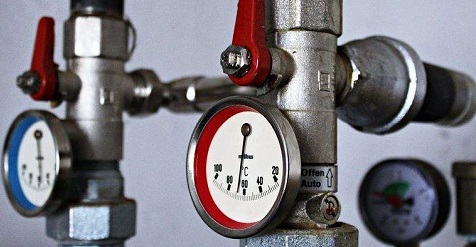 Dividends of at least 2,000 million lei will be paid this year to the state budget, representing profits registered last year by the most important state-owned energy companies, according to the proposals that their management will make to the shareholders: Romgaz, Hidroelectrica, Transgaz, Transelectrica și Nuclearelectrica.

On the other hand, the government program displayed on the website has no indication on any value related to the energy investment, but just some ambitious general objectives.

The dividends that the state receives from the energy companies could double to almost one billion euros if all companies comply with the government “memorandum” that asks them, in fact, to pay at least 90% of the 2016 profit to the Government.

The amount increases even further if we add the dividends of the largest electricity distributor and supplier, Electrica Group, and the pipeline crude oil carrier Conpet Ploiesti.

At Electrica, the state lost the majority of the votes, although the state officials hardly get used to that. Conpet has lost much of its strategic importance, as it basically depends on a single client, OMV Petrom.

Romgaz, Nuclearelectrica, Transelectrica and Transgaz forecasted investment of 2,645 million lei in their 2017 draft budgets. The amount would be 2.5 times higher this year than in the previous year, but most of the resources come from accounting depreciations and they also need to be “achieved”.

Investment needs are much higher and every million of profit counts.

“We have an old, polluting and inefficient energy system“, admits the current government, which still aims to “complete” the third national energy strategy of the last 10 years. Nor will that be easy to achieve, because the Parliament rejected an amendment aimed to allocate 200,000 lei to completing the 2017-2030 Energy Strategy.

The latest energy strategy had been completed in December by a technocratic government, much criticized by the current political cabinet.

Until a new energy strategy will be completed, the production capacity will continue to age, stop or, at best, significantly reduce their efficiency. So:

At least EUR 7-14 billion investment would be needed by 2030, only to replace the production capacities that are close to the end of their lifetime, according to the energy strategy completed in December, but not undertaken by the new government.

The investment needs differ depending on the development scenario.

According to the budget of the Ministry of Energy, the transfers scheduled for 2017, including the investments, amount to 255.5 million lei and other 260 million lei in the next two years.

The investments made by Romgaz are lower than in 2015 (937.9 mln lei), “following the reduction of planned investments in the surface exploration, the decrease in investment for joint ventures and the postponement of some works because of the difficulties occurred in the preparation activity (obtaining land, permits, agreements, authorizations) and the changes in the legislation on public procurement. Investments have been exclusively financed from own sources,” reads a company report.

Generally, the state companies have suffered from the lack of investment and came to the fore by accumulating net losses of 66.5 billion lei, between 1994 and 1995, according to the study “Ready for the future? A new perspective on Romanian economy”, published in the latest edition of the central bank’s Working Papers.

It is true, most part of the loss (65.5 billion lei) comes from the first decade of the interval analysed when the corporate not privatized mammoths like Sidex Galati, strongly influenced the statistics. A proof is that the size of the net loss has significantly decreased. 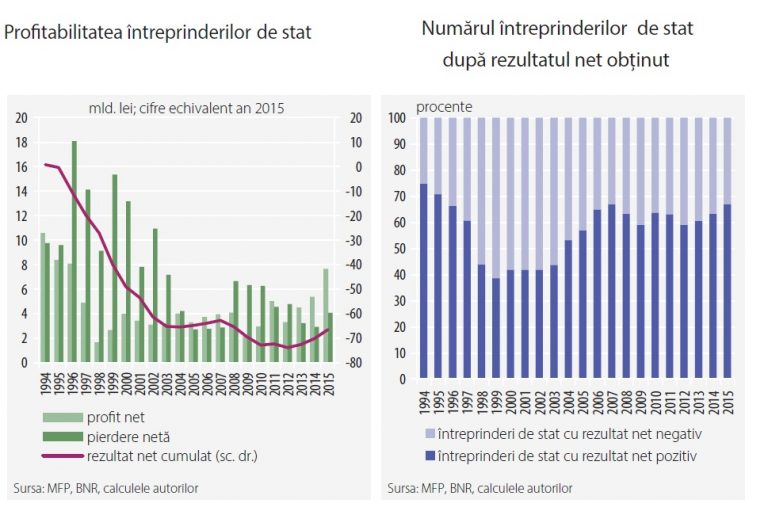 However, worse is that net losses have started to increase again in the state sector after 2012.

Interconnecting Romania with the rest of the European energy markets has been a strategic objective for many years, both on the natural gas and electricity side.

Transgaz, the monopoly operator of the natural gas conveyance on main pipelines from Romania, was on the edge of losing the forefront in the project of transferring the natural gas found in the Black Sea continental shelf.

The Development plan for the Natural Gas National Carriage System for 2014-2023 comprises five major projects in various stages of execution, whose estimated value amounts to about EUR 1.5 billion.

Transelectrica has its own problems, as operator of the monopoly of electricity main transmission infrastructure.

The government program refers to the investment amount related to these two strategic companies only when invokes an annual monopoly tax of about EUR 50 million to finance “new distribution systems in areas where there is no electrical power and gas supply.”

Luca de Meo (foto), the new general manager (CEO) of Renault group, considers that Dacia project proved to be a miracle and that no one… END_OF_DOCUMENT_TOKEN_TO_BE_REPLACED

A former Soviet airbase in central Romania could become a hub for US Air Force operations in south-eastern Europe, where the Pentagon is seeking to… END_OF_DOCUMENT_TOKEN_TO_BE_REPLACED

Nuclearelectrica's Board of Directors has been mandated to initiate proceedings to terminate negotiations with China General Nuclear Power Group (CGN), as well as legal effects… END_OF_DOCUMENT_TOKEN_TO_BE_REPLACED

Romania imported an amount of electricity of almost 796 GWh in the first month of this year, by more than 36% above what it exported… END_OF_DOCUMENT_TOKEN_TO_BE_REPLACED

GFG Alliance has committed to invest one billion euros to upgrade Galati steel plant in order to reduce emissions and increase production. Another EUR 1… END_OF_DOCUMENT_TOKEN_TO_BE_REPLACED

The Transport Ministry, as the Intermediate Body in Transport, approved the financing request for the project "Construction of Sibiu - Pitesti highway", Sections 1, 4… END_OF_DOCUMENT_TOKEN_TO_BE_REPLACED

Lack of trust in authorities, corruption and low living standards are the main reasons why young people leave Romania. The data is part of a… END_OF_DOCUMENT_TOKEN_TO_BE_REPLACED

Romania is the EU country with the fewest cars in terms of the number of inhabitants, according to data recently published by Eurostat. We appear… END_OF_DOCUMENT_TOKEN_TO_BE_REPLACED

The Government is preparing the public for the first measures aimed at avoiding the budget slippage, which would be applied by the PSD-ALDE government. News… END_OF_DOCUMENT_TOKEN_TO_BE_REPLACED

French Prosecutor Jean-Francois Bohnert will be appointed as head of the European Financial Prosecutor's Office, a position for which he was heard on Thursday, 11… END_OF_DOCUMENT_TOKEN_TO_BE_REPLACED

Romania recorded the highest road deaths in the EU also last year, with 96 deaths per one million inhabitants in 2018, almost double the EU… END_OF_DOCUMENT_TOKEN_TO_BE_REPLACED

Sorina Pintea announced on Thursday further new changes that will be brought to the functioning of the health care system, including new rules for employment… END_OF_DOCUMENT_TOKEN_TO_BE_REPLACED

The new order on approval and selection procedures for insolvency practitioners is an important step to a very good direction, industry experts say. ANAF is… END_OF_DOCUMENT_TOKEN_TO_BE_REPLACED