Covid effect on jobs in the EU: Romania among the least affected countries in Q2 – 2020 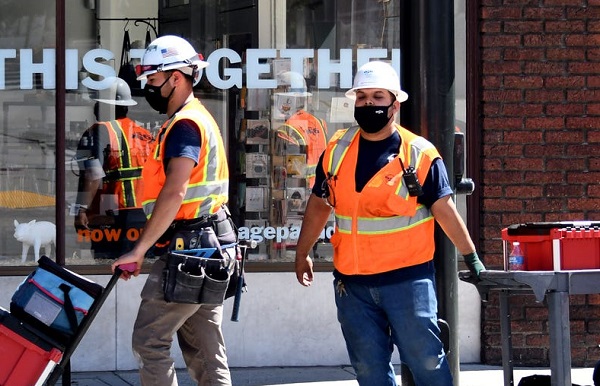 Romania was among the least affected EU member states in Q2 2020 in terms of temporary layoffs, reduced working hours or job losses, according to the analysis published by Eurostat.

The consequences of Covid19 pandemic varied significantly from one country to another, the most affected being Spain, Italy, Cyprus, Ireland and Greece. 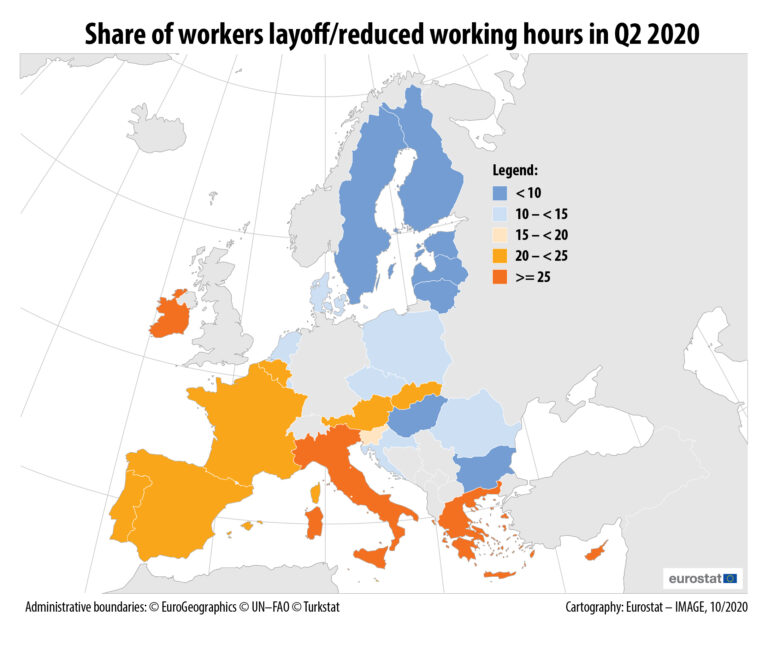 Infographic, below: Share of workers who lost their jobs in Q2 2020 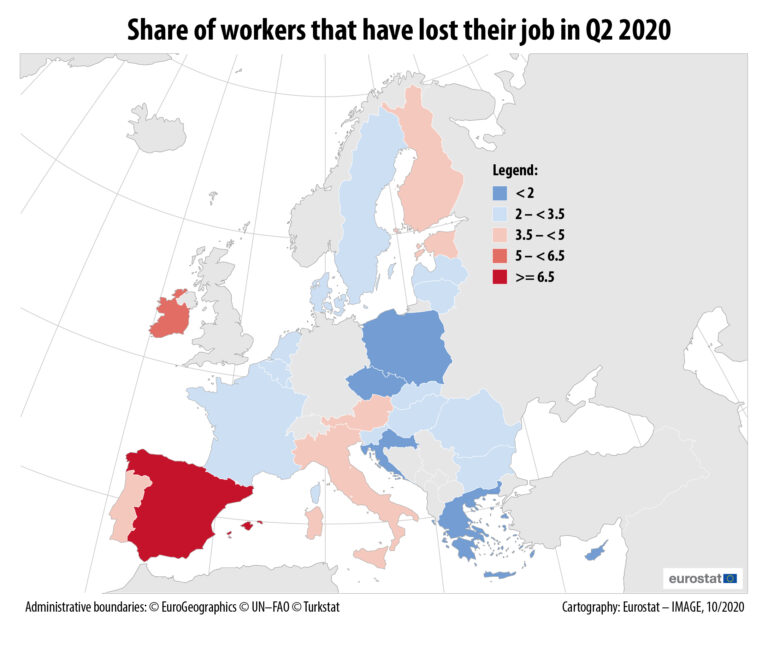 The highest job related risks were in the hotel and catering industry. The most affected were temporary workers, young people between 16 and 24 years old and people with low professional skills.

The latter, also found below the relative poverty threshold in each EU state, were affected by a higher percentage than the national average.

Infographic, below: Probability of job loss in Q2 2020 by income level 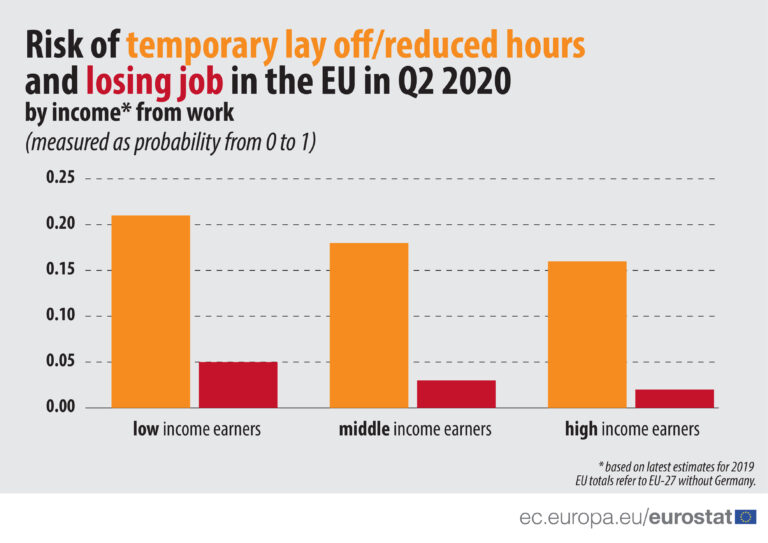 Infographic, below: Probability of job loss by income level in the EU countries, Q2 2020 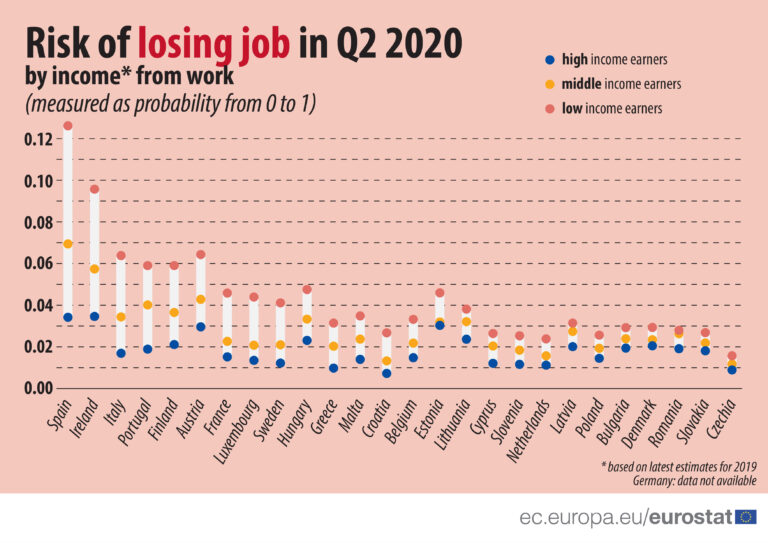 Romania ranked third in the top of the lowest probabilities of job loss (by less than 3% in all income categories), after the Czech Republic and Slovakia and slightly better than Denmark, Bulgaria and Poland.

Also, the gap between those with high incomes and those with low incomes was at a relatively low level and countries where this phenomenon was sharp are Spain, Ireland, Italy, Portugal and Finland.