Analysts: Watch out, neither over 5% growth nor wage increases are sustainable 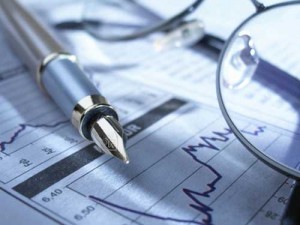 „The bad news is that the economy cannot grow sustainably by 5% based only on monetary, fiscal and salary stimuli,” said Valentin Lazea, Chief Economist of the National Bank of Romania (BNR), quoted by Agerpres.

There might also be a good news: „the economy can be brought to a 5% growth if a comprehensive program of structural reforms regarding the capital, workforce and productivity is implemented,” added Valentin Lazea.

At the same time, the European record of Romania’s economic growth in the first quarter, of 5.7%, „is contradictory as a puzzle, since, against such a high rate of economic growth, the VAT collection was disappointing and the profit of companies declined in nominal terms,” said Ionut Dumitru, President of the Fiscal Council, in an interview with Reuters. 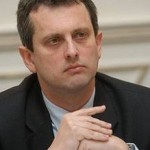 The BNR Chief Economist says that foreign direct investment has declined from EUR 7.3 billion a year between 2004 and 2008 to an annual average of EUR 2.5 billion between 2009-2015. So „in the post-crisis period there was a EUR 25 billion lower amount entering Romania in five years,” explained Valentin Lazea and mentioned that he speaks in a personal capacity.

Also, the new workforce entering paid employment at the age of 18 accounted for an average of 365,000 people per year between 2004-2008, while in 2009-2015 it decreased to about 250,000 people per year, following the fast decline of the birth rate after 1990. Productivity is affected by the quality of the education system. The market suffers from an uncovered demand of skilled workforce.

Romania can afford a growth rate of 3 – 3.5% without affecting the budget deficit, external deficit, public debt or inflation, according to the estimates of several institutions, including BNR, the IMF or the European Commission, Valentin Lazea reminded.

And a budget deficit of 3%, as registered last year, „is not optimal,” but a threshold „which an economy may reach in the worst times, that is, when the economy stagnates or moves downward. (…) 3% is not a target to be achieved year after year, because the question is what we will do when the economy, which now grows by 5% a year, will decelerate to 0 or 1 or – 2%, where shall we go then with the deficit? This is not understood and there is no will to understand it,” warned Valentin Lazea, quoted by Agerpres.

At the same time, the unitary pay law for public servants will increase the wage costs in the public system up to 12% of GDP in 2022, from 8% today, according to the President of the Fiscal Council, Ionut Dumitru (foto).

„This is a very fast wage increase in the public sector that will raise sustainability issues. This law is needed in the public sector, where there are big wage discrepancies. But Romania now faces a workforce crisis. Pressures put on the private sector will increase as wages are already lower here than in the public sector,” said Ionut Dumitru in an interview with Reuters Central & Eastern Europe Investment Summit organized in his office at Raiffeisen Bank Romania where he is Chief Economist.

In spite of the budget surplus registered in the first quarter, the European Commission (EC) warned Romania on a significant deviation in 2016 from the adjustment path set to reach the medium-term budgetary objective (MTO) and urged the European Council on Monday to impose on Romania to take the necessary steps in 2017 to correct the deviation.

The EC recommends Romania to ensure that the nominal growth rate of the net primary public expenditure does not exceed 3.3% in 2017, corresponding to an annual structural adjustment of 0.5% of GDP, which would place the country on the right track to MTO.

The European Commission estimates that Romania will collect this year tax revenues equivalent to 25.4% of GDP, well below the EU average of 40%.

Romania spends almost 20 percent of GDP on wages in public sector, pensions, and social assistance, which leaves little room to investment in a country where 40 percent of roads are paved and hospitals are decades old, recalls Reuters.

The fiscal perspective complicates even further because of the Government’s intention to reform the tax system in 2018 by eliminating the 16% flat tax and replacing it with a household tax accompanied by several exemptions. The draft is still work in progress at the Ministry of Finance, but details needed to assess the budgetary cost of this reform are lacking.

„I believe it is premature to expect that we can apply in 2018 a system that raises so many issues which we are not technically prepared to manage,” said Ionut Dumitru.

Romania „is on the wrong way” with the budget deficit, said in his turn Valentin Lazea, who mentioned that while all the countries that exceeded the 3% limit – reduced it to lower levels, only Romania, France and Spain will have a deficit of more than 3% or close to 3%.