10 years of Europe: Real wage, purchasing power and advantages of the EU membership 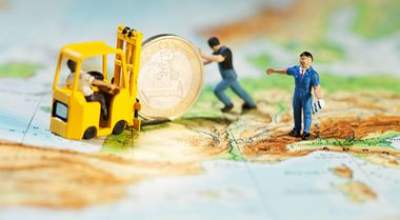 Therefore, in the ten years since receiving the status of EU citizens, Romanians’ real wages increased by about 70%.

Called real salary, it gives the ratio between the increases in wage and prices, to get an accurate picture of the power to purchase goods and services.

October 1990 has been set as a reference month for an obvious reason, as it is the last month preceding the price liberalization that took place on 1 November 1990, and for a less obvious reason as well, as it is the month considered in the official statistics representative for a certain calendar year, which is why the National Statistics Institute keeps a dedicated record.

The increase of the Romanian employees’ incomes has been made, of course, based on the growth of labour productivity, but the statistics show that most of the increase in purchasing power took place “by influence”.

That means by the tendency of bringing some incomes, very low for the work done from the perspective of the European practice, closer to the EU practice and very likely for creating some capacity to absorb imported products. Romania is also a market with great potential, due to the relatively large population and the very low starting point of the purchasing power.

Specifically, to a 70% increase in the real wage, the corresponding increase of the cumulative labour productivity (in the industry, as this is where solid calculations can be done to show the general trend in the economy) over the last ten years was only about 30%. The remaining 40% we can consider as start-up aid within the EU countries family.

It is very difficult to estimate what would have happened if we had missed the moment of 2007 and then we would not have caught the community train because of the crisis but it is certain that we would have had not even remotely the same purchasing power and the euro/leu exchange rate would not have benefited from the stability trend generated by the development of investments from the EU countries.

More important, though, for the current situation, is that the gap series between the wage and productivity growth reveals a major problem. Beyond the ten percent bonus from the accession year, it can be quite clearly shown that the extravagances of 2008 and 2009 have been almost entirely cancelled in 2010, and the pairs 2011 – 2012 and 2013 – 2014, having similar pluses and minuses, annul each other.

In this context, the increases from 2015, not adjusted yet, and especially the absolute record from 2016, when we saw a real wage increase by more than 13%, against the background of a one percent decrease in the labour productivity, seem quite bizarre. Improving the economic stability at 13 of the 14 European indicators met and getting inflation under control took place under the effect of the continuous adjustments between productivity and purchasing power.

After ten years within the EU, we should have already learned what in English sounds like that: „There ain’t no such thing as a free meal”. Or, increased purchasing power without significant increase of productivity is harder to find anywhere in Europe, with the known exception of Greece that received the bill.