The net import of electricity in first 11 months of 2020 was already higher by 73.9% compared to the whole 2019, despite the consumption reduction,… END_OF_DOCUMENT_TOKEN_TO_BE_REPLACED

Analysis: How pandemic changed the consumption and saving habits in Romania

The pandemic has significantly changed the consumption habits but also the saving habits of Romanians, according to the INS data analysed by cursdeguvernare.ro. The saving… END_OF_DOCUMENT_TOKEN_TO_BE_REPLACED

Over the last years, the United Kingdom has been Romania’s most important foreign trade partner, with which we have managed to record a significant trade… END_OF_DOCUMENT_TOKEN_TO_BE_REPLACED

The Ministry of Public Finance has contracted government securities worth RON 1.2 billion, of which state bonds maturing in October 2030 covered EUR 801.8 million,… END_OF_DOCUMENT_TOKEN_TO_BE_REPLACED

The imminent future of the economies of Central and Eastern Europe, the end of the tunnel for the Covid crisis, Eastern convergence – how does… END_OF_DOCUMENT_TOKEN_TO_BE_REPLACED

What “new Schengen” about which Emmanuel Macron talked in Bucharest will look like: Romania’s calendar of reforms and chances of accession 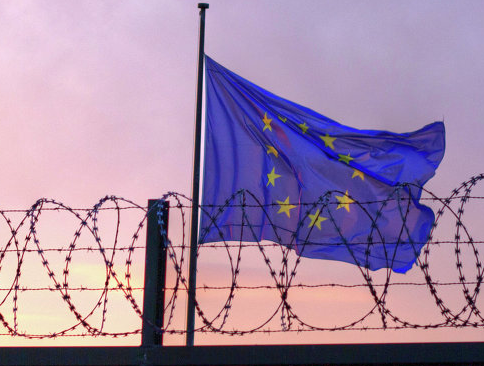 On the occasion of the French President Emmanuel Macron’s visit in August, the public was informed that Romania has “every right” to ask for the accession to Schengen Area and this will happen but after the area will go through a reform process.

“I have to be honest, Europe of the Schengen Area is not working well,” said President Macron at the Cotroceni Palace, and the idea is unanimously accepted in Brussels. Not everyone, though, shares the French President’s view regarding the conditionality between reforming the Schengen Area and accepting the accession of Romania and Bulgaria.

cursdeguvernare.ro spoke with European Commission officials who described the issues, the vision of reform and especially the time horizon in which Schengen could be “upgraded”. With their help, we also raise the veil over the diplomatic negotiations and the political events that have influenced, in recent years, the chapters Romania and Bulgaria from the “Schengen file”.

The good news: The European Commission will present in the next two months, in stages, the components of the reform plan designed for the Schengen Area.

The bad news: Regardless of the speed for implementing this reform plan – within the Schengen borders but also in the states that ask to be part of this area – the decision to receive Romania and Bulgaria will still be a political one. Which will be influenced by the ability of the governments in Bucharest and Sofia to demonstrate seriousness and predictability.

In Europe, there are 26 full member states in the Schengen Agreement, states that form an area where internal borders have been dismantled. Within this area, there is the theoretical guarantee that national systems -police, border guard, etc. – operate within the same parameters and communicate in real time.

Realities of the last 2-3 years (the attacks in the major European capitals, the migration crisis and the decisions that some countries have adopted in their attempt to protect themselves from migratory waves) have revealed though some “defects” in the system.

“In fact, these are no errors but part of the architecture of this area. They are risks we have assumed because we knew that we have protection systems that can only work up to a certain degree of pressure,” one of the officials who is been working for ten years on the Schengen file opened in Brussels told cursdeguvernare.ro.

“The migration crisis and the attacks have also produced a phenomenon we have not anticipated: trust has disappeared between members. According to the Agreement, each Schengen member state has the right to impose temporary controls at the national borders. Well, a domino effect has appeared, border controls in the UK, Hungary, Austria, France, Belgium and other countries. And fences. Can we still talk about trust?

In October, we will reach a crossroads, because the maximum period up to which border controls could be extended ends then. That is why there is a general pressure to adapt Schengen as quickly as possible,” says an European Commission official.

A European Commission task force prepares the package of amendments. “In September, the Commission will announce the migration package and the package of measures for the Schengen reform will be presented in October,” say cursdeguvernare.ro sources.

As a matter of principle, it is very likely for Commission officials to propose the integration of the Defence and Security policies. The common denominator will be based on co-operation, not community integration.

“We do not want a Schengen Area with concentric circles, that is clear. We shall proceed to clarifying the systems – Frontex needs to grow, we need to increase the efficiency of the European Asylum Support Office in Malta. First, we should overcome though the fragmentation of the national record systems. We need to have unique, clear procedures and responsiveness,” says the European official.

“The intensity of the pressure on Schengen depends to a large extent on what is happening outside Europe, the causes of migration are out of our control,” says the European official, who states that the EU is trying, for example, to operationalize a migration agreement with Libya, similar to the one signed with Turkey.

The bumpy road to Schengen

Romania meets all conditions to be received in Schengen – they said, bluntly and not just once, both the CE First Vice-President Frans Timmermans and President Jean Claude Juncker.

“From a technical and legal point of view, you should have already been there 5-6 years ago,” also admit cursdeguvernare.ro sources in Brussels. Explanations of failure are both simple and complicated.

“The issue of Romania and Bulgaria, of course, is that there has been a link between Schengen and MCV. There is nothing written, there is no legal provision but politically, the link is there.

The decision to receive a country is taken by consensus and the problem occurred, I believe, five years ago, when the decision-making process was approaching the end has been blocked politically.

Germany, France and the Netherlands have not only blocked the decision but also the discussions on the Schengen enlargement. It was the time the three of them said that MCV is the mechanism that prevents justice slippages and a state that you cannot trust cannot be received, “confirms diplomatic sources.

Since then, for almost four years, the Mechanism for Cooperation and Verification has been accepted and used, including by former President Traian Basescu, as a tool for controlling internal slippages in issues related to the rule of law and the independence of the judiciary.

Diplomatic sources say that a change of Romania’s attitude on the Schengen issue took place in 2016, when bilateral negotiations with Berlin, Paris and The Hague took place.

Amid repeated claims that reforms in justice have taken an irreversible path, Romanian diplomacy has succeeded in persuading Germany to give up objections. A similar success followed in the talks with France.

“We still had to persuade the Netherlands and, amid the promises made by Berlin and Paris, it seemed that we would have been successful. But the Netherlands was preparing for the elections and the issue of expanding the Schengen Area was not a priority for them.

We also approached the possibility of decoupling the Romania-Bulgaria tandem in the MCV and Schengen issue, but in September we found that we shall not succeed. Early elections came in Bulgaria and Angela Merkel did not want to reduce Boiko Borisov’s chances because such a European decision would have put Bulgaria in a very bad light,” sources from the Romanian diplomacy say.

Recent assertions of President Emmanuel Macron show that neither France is an ally anymore. “With Emmanuel Macron’s success, things have to be resumed. Emmanuel Macron has no obligation to maintain Hollande’s direction and will clearly play this card in relation to Romania to solve the negotiations on amending the directive about the posted workers. Maybe also for bilateral economic issues,” say the sources.

Romania’s accession to the Schengen Area is a fundamental political issue, admits the European official consulted by cursdeguvernare.ro.

“If you are serious, if you really want to join this club, the world listens to you. Arguments can be found even at this point,” sources say.

Romania’s problem is that at this moment, when Minister Tudorel Toader is pressing with all his powers for important changes in Justice, despite all warnings from the society and the European diplomatic missions, it is almost impossible even to President Juncker to honour his promise made in Bucharest in 2017, according to which, by the end of its mandate in 2019, Romania will no longer be subject to MCV.

Luca de Meo (foto), the new general manager (CEO) of Renault group, considers that Dacia project proved to be a miracle and that no one… END_OF_DOCUMENT_TOKEN_TO_BE_REPLACED

A former Soviet airbase in central Romania could become a hub for US Air Force operations in south-eastern Europe, where the Pentagon is seeking to… END_OF_DOCUMENT_TOKEN_TO_BE_REPLACED

Nuclearelectrica's Board of Directors has been mandated to initiate proceedings to terminate negotiations with China General Nuclear Power Group (CGN), as well as legal effects… END_OF_DOCUMENT_TOKEN_TO_BE_REPLACED

Romania imported an amount of electricity of almost 796 GWh in the first month of this year, by more than 36% above what it exported… END_OF_DOCUMENT_TOKEN_TO_BE_REPLACED

GFG Alliance has committed to invest one billion euros to upgrade Galati steel plant in order to reduce emissions and increase production. Another EUR 1… END_OF_DOCUMENT_TOKEN_TO_BE_REPLACED

The Transport Ministry, as the Intermediate Body in Transport, approved the financing request for the project "Construction of Sibiu - Pitesti highway", Sections 1, 4… END_OF_DOCUMENT_TOKEN_TO_BE_REPLACED

Lack of trust in authorities, corruption and low living standards are the main reasons why young people leave Romania. The data is part of a… END_OF_DOCUMENT_TOKEN_TO_BE_REPLACED

Romania is the EU country with the fewest cars in terms of the number of inhabitants, according to data recently published by Eurostat. We appear… END_OF_DOCUMENT_TOKEN_TO_BE_REPLACED

The Government is preparing the public for the first measures aimed at avoiding the budget slippage, which would be applied by the PSD-ALDE government. News… END_OF_DOCUMENT_TOKEN_TO_BE_REPLACED

French Prosecutor Jean-Francois Bohnert will be appointed as head of the European Financial Prosecutor's Office, a position for which he was heard on Thursday, 11… END_OF_DOCUMENT_TOKEN_TO_BE_REPLACED

Romania recorded the highest road deaths in the EU also last year, with 96 deaths per one million inhabitants in 2018, almost double the EU… END_OF_DOCUMENT_TOKEN_TO_BE_REPLACED

Sorina Pintea announced on Thursday further new changes that will be brought to the functioning of the health care system, including new rules for employment… END_OF_DOCUMENT_TOKEN_TO_BE_REPLACED

The new order on approval and selection procedures for insolvency practitioners is an important step to a very good direction, industry experts say. ANAF is… END_OF_DOCUMENT_TOKEN_TO_BE_REPLACED