Ups! EU economy is slowing down, and that will inevitably affect us 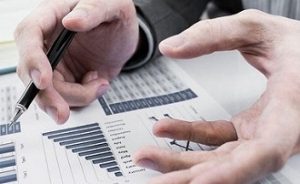 The economy of the European Union recorded in the second quarter of 2019 the worst evolution of the last five years, with a quarterly increase reduced (for the first time) to only 0.2% and a growth in annual terms of only 1.1%. The data published by Eurostat are adjusted by seasonality in order to be comparable.

The tone has been set by the 19 Eurozone countries, which also previously had shown signs of a visible slow-down (see the second half of 2018), with Germany, France and Italy among them, Romania’s main foreign trade partners, with which we are also the most strongly integrated into the production chains.

More important and to be remembered for future developments from our country, the trend of the EU economy is clearly declining, as of the second part of 2017 onwards. Precisely the fact that the relatively good performance of the EU economies, with which we carry out three quarters of the trade exchanges, helped in 2017 to attaining the performance of an economic advance of 7% obtained by Romania should give us some food for thought.

To be noted, despite the first quarter of this year, when INS announced a provisional economic growth calculated to be 5%, the reduction of the „European drive” brought us last year to reaching a level of only 4% in GDP growth, even with all the impulse given to the internal consumption by the significant increases in incomes. 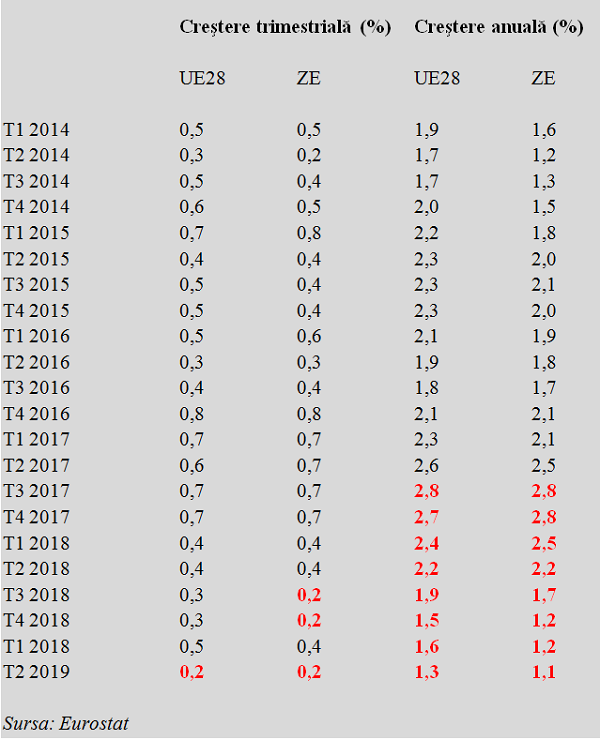 Under these circumstances, it is hard to believe that the speed decrease of EU economies will not affect the Romanian economy. The 5.5% level of the economic growth in real terms, on which commitments made by the state in terms of wage and social policies are based, seems unlikely to be achieved, if not impossible.

This is why the population’s expectations should be adjusted accordingly. Becoming aware of the fact that we are not alone in the EU and the economic evolution of the continent has also an impact on us is necessarily required. Even we shall find damage solutions to extend the period of peace until the end of this year, we should be much more cautious for 2020.

Given the structural deficit that is clearly foreshadowed following the decisions to increase wages and pensions, the room available for a fiscal adjustment (a plus in revenues and/or a minus in expenses) should be increased even over the three percentage points of GDP in deficit, with which (unfortunately) we got used. This is an elementary conclusion, given the risks implied for the financial stability and the abrupt measures that might be required later.

How we could make a transition from a deficit pushed to the limit to a budgetary balance (at least at the primary level, without taking into account the interest rate on the public debt cumulated so far) or even a small surplus for exceptional circumstances, remains to be seen. It is important that early proactive action would relieve us from a lot of troubles contrary to a passive, reactive attitude after we shall have understood that we hit rock bottom.