Three options by which BNR intends to moderate lending 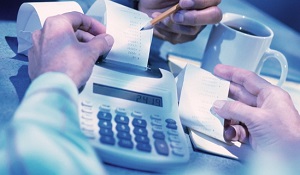 The BNR will impose restrictions on credits to the population, to anticipate potential non-payment risks. This could happen in March if the project is approved by the National Committee for Macro-Prudential Supervision.

We could see increases in interest rates and down payment or a limitation of the indebtedness. This is, in fact, a form of curbing inflation, reducing consumption and eliminating risks.

The rules discussed for over half a year with which BNR wants to temper lending have at least three options, according to Economica.net.

The first one is the increase in interest rates, which would make loans more expensive. But it is a lever with high risks. On the one hand, it will also affect those who already have credits and who might find themselves unable to pay their instalments. But the central bank cannot raise the interest rate too high because it brings other dangers to the country. Their level should be coordinated with the levels in other countries in the region. If Romania offers too attractive interest, it will attract large capital from abroad, will appreciate the Romanian Leu to unsustainable levels, and Romanian companies will be heavily affected.

Poland chose, even during this period, to tighten capital requirements for banks instead of increasing the interest rates. Basically, it demands from banks to come up with more money from home if they want to grant more loans.

Another option would be to limit the indebtedness to a certain proportion of the applicant’s net income, namely somewhere at 55% or even below. It is a percentage applied to a net income calculated by the bank, of which the daily consumption, utilities, or insurance costs are extracted.

One last option would be to increase the down payment, which will have the greatest impact on the mortgage loans.

Now the down payment for a classic loan is about 15%. The plan would be to go up to 20-25%. Bankers believe that such a measure would be rather harsh and would only have an effect on the mortgage loans and leave out the loans for personal needs, which have much more accelerated dynamics and involve higher risks. In addition, there would be distortions occurring in the real estate market as there is the First Home Program, where the down payment is only 5%.

In the end, a mix of measures might emerge.

According to a report of the National Bank of Romania (BNR), the total amount of the outstanding loans in lei to the population and companies recorded in November 2017 amounted to RON 5.46 billion, down 0.84% compared to the amount reported in October 2017. Arrears on the loans in foreign currencies were down by 9.47%, to RON 6.25 billion (equivalent).

Also, loans in foreign currency totalled 92.484 billion in November 2017, equivalent in RON (0.09% more than in October 2017), of which RON 47.10 billion were loans contracted by economic agents and RON 42.25 billion loans contracted by the population.