Study: Investment of Romanian companies are risky and with a low multiplier effect across economy. Chance is with medium-sized companies 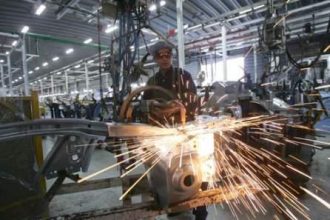 Most of the Romanian companies’ investments are risky – because they use resources in the short term, they are oriented towards „what everyone does”, therefore they are out of phase in terms of profitability. Besides, Romanian companies’ investments have a reduced multiplier effect across the economy, according to a study released on Monday by economic analyst Iancu Guda.

The lack of financing sources adds to the picture: the delay in paying suppliers generated almost 39% of the amount of RON 77 billion invested in 2016 – according to the latest official data.

Otherwise, the loan financing from banks generated RON 37 billion („this is the total level of new loans granted by the banking sector to all private companies in 2016) and own resources only RON 10 billion, of which 7 billion – reinvested profit and 3 billion by supplementing the share capital.

„have a rate of investment in tangible assets almost equal to their ageing (the ratio between CapEx and depreciation is close to 1),” according to the study mentioned.

The difference is that while small companies are constrained by limited access to financing, large ones will have entered a period of assimilation and making the most of older investments, according to the article „Five issues of Romanian companies’ investments„.

Instead, „the medium business segment, with revenues between EUR 1 and 50 million, is very interesting because they have a rate of investment in tangible assets almost twice as high as their depreciation, while the indebtedness is close to the optimum level (60% – 65%) and the level of profit obtained is the highest”.

At the same time, companies established before 2000 register the highest level of investments, namely RON 32.7 billion.

„Despite that, their investments cover only the level of depreciation, so the value of the tangible assets is relatively stable”.

The companies established in the last five years have the highest level of investments compared to the depreciation, with the ratio of 2.79, according to the economist Iancu Guda, who is also the President of the Romanian Association of Financial Banking Analysts (AAFBR).