The yield of long-term Romanian government bonds was 4.28% in January 2020, according to Eurostat data. That is well above all the other states of… END_OF_DOCUMENT_TOKEN_TO_BE_REPLACED

Net subscriptions in Romanian mutual funds (the difference between invested and withdrawn amounts) became again positive in 2019 after they had been negative in 2018.… END_OF_DOCUMENT_TOKEN_TO_BE_REPLACED

Romgaz (SNG) announced the start of production in the deep area of Caragele deposit (Buzau), the biggest discovered in the last 30 years and one… END_OF_DOCUMENT_TOKEN_TO_BE_REPLACED

Romania managed again to stand out at the EU level by recording the highest level of the public deficit in the third quarter of 2019,… END_OF_DOCUMENT_TOKEN_TO_BE_REPLACED

Split VAT: What does not Government want to see in VAT fraud and why it has a different definition for the VAT gap than the European Commission 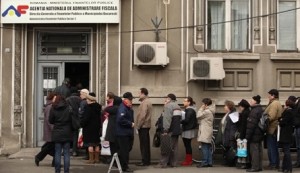 When it comes to the “VAT gap”, the Romanian Government and the European Commission have different views on the elements contributing to this indicator. Even different definitions.

The difference between the Government’s approach and the Commission’s approach sets out two versions, both having an impact on the business environment, which is required to apply the split VAT:

either the split VAT payment applied by the companies working openly is a new pretext for the Government to avoid looking at the really damaging areas for the budget;

or this is a diversion set by the Government to preserve the evasion areas from which political parties are usually financed.

Here are the differences of approach and the definition:

1-. The Romanian Government officially admits that the VAT gap in 2015 – that is, the “difference between the VAT declared and the VAT collected” – is about RON 14 billion (about EUR 3 billion).

2-. The European Commission, in its most recent report, published in September, mentions a VAT gap of EUR 7.6 billion for Romania.

Where does the difference come from?

From the elements considered. While the Government looks at the VAT from the companies’ tax statements, the Commission looks at (many) more elements: specifically, those that leave Romania’s budget without collected VAT.

On August 30, 2017, Tudose government issues three government ordinances that amend the Tax Code, the change with the greatest impact on the business environment being the decision on the split VAT payment.

In the explanatory memorandum, the Government says the measure is a reaction to the fact that Romania ranks the last in Europe in terms of the VAT gap.

In the same official document, the Government also offers its own definition of the term:

2 -Definition of the European Commission: five elements taken into account, most of them ignored by the Government:

The European Commission, in its most recent report on VAT gap, has a completely different definition of the term. 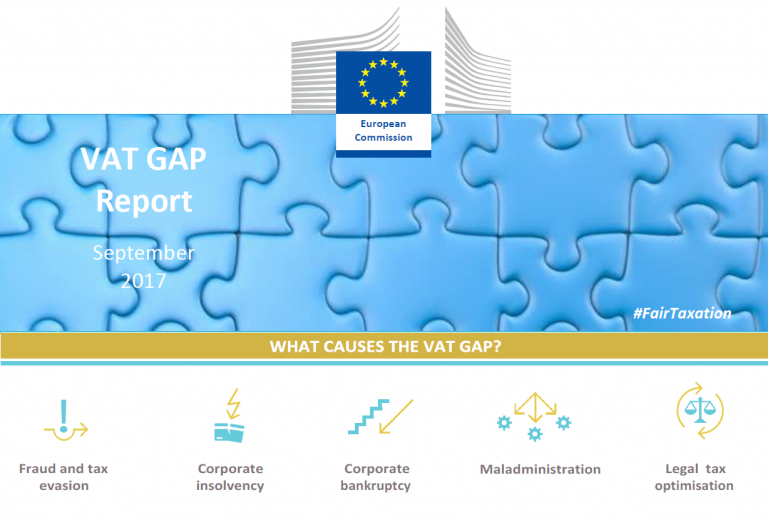 In Brussels, the answer to the question: “What does the VAT gap produce?” has the following answer:

How many of the five “sources of VAT gap” does the Government ignore, before rushing into firms that operate openly and state their VAT?

What does it hide behind split VAT

Government’s official communication insists on the idea that the decision on split VAT payments will increase tax compliance.

The problem is that the very definition offered by the Government for the VAT gap shows that the tax authority is not concerned enough about its core mission – prevention, guidance and control.

That is because we are talking about taxpayers that declared taxes but have not paid them anymore. Reasons for non-payment may be different.

It cannot be understood, though, how the Finance Ministry says they missed to collect EUR 3 billion from VAT in 2015, in the context in which most companies in Romania receive, barely two weeks after the 25th of the month, the orders for payment procedure and the decision for the attachment of their bank accounts.

Perhaps this rule does not apply to everyone, maybe there are companies about which ANAF has not been concerned for years, allowing them to operate freely without paying taxes.

Perhaps state-owned companies are not controlled, perhaps they are “strategic” companies, maybe the fault lies with the insufficient development of the technical infrastructure of the tax authority.

It is certainly not the fault of those who declare taxes and pay them on time, correctly or with a delay but with penalties and interest applied.

On the real causes of the VAT gap (the real gap, not the one created in Bucharest, ignoring the big sources for the budget damage), cursdeguvernare.ro will get back in a future edition.

GFG Alliance has committed to invest one billion euros to upgrade Galati steel plant in order to reduce emissions and increase production. Another EUR 1… END_OF_DOCUMENT_TOKEN_TO_BE_REPLACED

The Transport Ministry, as the Intermediate Body in Transport, approved the financing request for the project "Construction of Sibiu - Pitesti highway", Sections 1, 4… END_OF_DOCUMENT_TOKEN_TO_BE_REPLACED

Lack of trust in authorities, corruption and low living standards are the main reasons why young people leave Romania. The data is part of a… END_OF_DOCUMENT_TOKEN_TO_BE_REPLACED

Romania is the EU country with the fewest cars in terms of the number of inhabitants, according to data recently published by Eurostat. We appear… END_OF_DOCUMENT_TOKEN_TO_BE_REPLACED

The Government is preparing the public for the first measures aimed at avoiding the budget slippage, which would be applied by the PSD-ALDE government. News… END_OF_DOCUMENT_TOKEN_TO_BE_REPLACED

French Prosecutor Jean-Francois Bohnert will be appointed as head of the European Financial Prosecutor's Office, a position for which he was heard on Thursday, 11… END_OF_DOCUMENT_TOKEN_TO_BE_REPLACED

Romania recorded the highest road deaths in the EU also last year, with 96 deaths per one million inhabitants in 2018, almost double the EU… END_OF_DOCUMENT_TOKEN_TO_BE_REPLACED

Sorina Pintea announced on Thursday further new changes that will be brought to the functioning of the health care system, including new rules for employment… END_OF_DOCUMENT_TOKEN_TO_BE_REPLACED

The new order on approval and selection procedures for insolvency practitioners is an important step to a very good direction, industry experts say. ANAF is… END_OF_DOCUMENT_TOKEN_TO_BE_REPLACED

Romania lost to Estonia in the final vote to get the non-permanent member position within the UN Security Council for the period 2020-2021. On Friday,… END_OF_DOCUMENT_TOKEN_TO_BE_REPLACED

eMAG hopes to get the opinion of the Hungarian Competition Council over the next two months for the acquisition of Extreme Digital, the market leader… END_OF_DOCUMENT_TOKEN_TO_BE_REPLACED