Romania has improved its competitiveness compared to the Czech Republic and Bulgaria at the regional level in recent years but lost ground compared to Croatia,… END_OF_DOCUMENT_TOKEN_TO_BE_REPLACED

If delayed long after 2022, the investment in natural gas exploitation in the Romanian commercial area of ​​the Black Sea could become unprofitable. Also, not… END_OF_DOCUMENT_TOKEN_TO_BE_REPLACED

The National Institute of Statistics confirmed the signal result of the economic growth for 2020 at the level of -3.9%, in the first preliminary version… END_OF_DOCUMENT_TOKEN_TO_BE_REPLACED 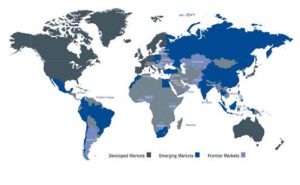 The draft law on the establishment of the Sovereign Development and Investment Fund (FSDI) provides for its exemption from the application of the laws on accelerating privatization, which also included the method of listing on the Bucharest Stock Exchange (BSE) of companies such as Hidroelectrica, Aeroporturi Bucuresti, Maritime Ports Administration and others.

Meanwhile, these companies have been included in the portfolio project of FSDI, the colossus through which the state will manage the 27 stakes it could hold in as many companies, according to an officially unconfirmed portfolio project.

“FSDI transferring shares or other assets from its ownership or owned by the companies in which the FSDI holds capital is not subject to the provisions of Government Emergency Ordinance 88/1997 on the privatization of companies, as subsequently amended and supplemented, neither to the provisions of the Law 137/2002 on some measures for accelerating privatization, as subsequently amended and supplemented“- says the draft law on the establishment of FSDI, Article 7.

Neither the draft law on the FSDI’s establishment nor the articles of association mention anything about the stock exchange.

And giving up the listing of Hidroelectrica would block one of the steps that Romania hopes to make, year after year, to attract massive investments: it would delay indefinitely the promotion of the Romanian capital market from the frontier market to the emerging market status. (details of the transition to emerging market status – with the related benefits – here-link). Both the BSE and the investors bet on the contribution that the company’s presence in the stock market would have in meeting a key promotion criterion: market liquidity.

Hidroelectrica is to be listed, though, according to recent statements by Minister Toma Petcu, made in the midst of a change of leadership disputed by the company’s second largest shareholder, Fondul Proprietatea.

“We will adopt as soon as possible a government decision amending one thing: the percentage to be listed. We will not change the method, only the percentage to be listed will be changed, in the sense that from 15%, the percentage that the Romanian state intends to list, we only want 10%, to see how it works on the market, how Hidroelectrica behaves as a listed company and have the possibility at some point chosen by the state to list the remaining 5%, to maximize the money obtained from this listing,” said Toma Petcu.

The money from the listing will go to the company and “we are interested to see whether we can develop new capabilities,” added the Energy Minister, who expects the conclusions of the listing consortium to start the IPO.

The importance of promoting in the category of emerging markets (from the current frontier market status) is for Romania to come to the attention of large global investment funds, which will increase the demand for the shares of listed companies in Bucharest and, respectively, their market value.

This way, Romanian companies would have access to higher funding at lower costs. 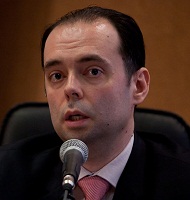 Obtaining the emergent market status is a strategic objective for BSE, given that the global market “is an intense competition for funds. When Romania is upgraded, we will have access to 20-25 times larger funds,” said Lucian Anghel, President of the BSE Board of Directors, in February for Cursdeguvernare.ro.

“Romania will have the chance to get the emerging market status in 2020, as it meets the qualitative criteria, but needs the increase in liquidity and the listing of Hidroelectrica“, according to Lucian Anghel. The BSE official did not wish to comment on the draft law on FSDI.

Romanian companies would get access to billions of euros they need for capitalization, money that avoids now the Romanian market because it does not have the emerging market status.

At present, the BSE (and Romania implicitly) is classified as a frontier market, especially because of the low liquidity and the absence of at least another large share issuer. The FTSE Russell classification agency says the Romanian stock market meets eight of the nine FTSE Russell criteria to move to the emerging market category, the ninth being one of the most important, the market liquidity.

“The listing of Hidroelectrica would greatly help the market to meet that free float criterion,” (shares that can be publicly traded) said Jim Stewart, Vice President of Raiffeisen Bank, also in February, at a conference on the development of the Romanian market.

In his turn, the BNR Chief Economist, Valentin Lazea, said that “the listings of private companies on the capital market are not able to provide the liquidity needed for promoting to the emerging market status. State-owned companies are needed.”

FTSE Russell has included BSE on the watchlist for promotion, but the world’s largest investors are particularly looking at the ratings issued by MSCI, which has harsher criteria.

Recent listings of MedLife and Digi have not brought the necessary progress.

It needs for the stock market to list at least three companies with a market capitalization of USD 1.26 billion and a free float of USD 630 million, and also have a suitable average daily trading turnover to ensure investors’ withdrawal in just a few days.

“An untold truth is that we have minimum criteria that the listed companies have to meet, to count: almost USD1.3 billion – the size of the company. The most difficult criterion for us is the free-float size, which should be over USD600 million, namely USD 630 million. These are the minimum criteria. The key word in the assessment is the <<comfortable over-implementation>> of the minimum criteria, just like the nominal and real convergence criteria for joining the Eurozone. Informally, this “comfortable” would mean exceeding the minimum criteria by at least 20%. That is what the upgrade would mean informally. We cannot find that anywhere,” said the BSE President in February, referring to the need for Hidroelectrica to be listed.

Luca de Meo (foto), the new general manager (CEO) of Renault group, considers that Dacia project proved to be a miracle and that no one… END_OF_DOCUMENT_TOKEN_TO_BE_REPLACED

A former Soviet airbase in central Romania could become a hub for US Air Force operations in south-eastern Europe, where the Pentagon is seeking to… END_OF_DOCUMENT_TOKEN_TO_BE_REPLACED

Nuclearelectrica's Board of Directors has been mandated to initiate proceedings to terminate negotiations with China General Nuclear Power Group (CGN), as well as legal effects… END_OF_DOCUMENT_TOKEN_TO_BE_REPLACED

Romania imported an amount of electricity of almost 796 GWh in the first month of this year, by more than 36% above what it exported… END_OF_DOCUMENT_TOKEN_TO_BE_REPLACED

GFG Alliance has committed to invest one billion euros to upgrade Galati steel plant in order to reduce emissions and increase production. Another EUR 1… END_OF_DOCUMENT_TOKEN_TO_BE_REPLACED

The Transport Ministry, as the Intermediate Body in Transport, approved the financing request for the project "Construction of Sibiu - Pitesti highway", Sections 1, 4… END_OF_DOCUMENT_TOKEN_TO_BE_REPLACED

Lack of trust in authorities, corruption and low living standards are the main reasons why young people leave Romania. The data is part of a… END_OF_DOCUMENT_TOKEN_TO_BE_REPLACED

Romania is the EU country with the fewest cars in terms of the number of inhabitants, according to data recently published by Eurostat. We appear… END_OF_DOCUMENT_TOKEN_TO_BE_REPLACED

The Government is preparing the public for the first measures aimed at avoiding the budget slippage, which would be applied by the PSD-ALDE government. News… END_OF_DOCUMENT_TOKEN_TO_BE_REPLACED

French Prosecutor Jean-Francois Bohnert will be appointed as head of the European Financial Prosecutor's Office, a position for which he was heard on Thursday, 11… END_OF_DOCUMENT_TOKEN_TO_BE_REPLACED

Romania recorded the highest road deaths in the EU also last year, with 96 deaths per one million inhabitants in 2018, almost double the EU… END_OF_DOCUMENT_TOKEN_TO_BE_REPLACED

Sorina Pintea announced on Thursday further new changes that will be brought to the functioning of the health care system, including new rules for employment… END_OF_DOCUMENT_TOKEN_TO_BE_REPLACED

The new order on approval and selection procedures for insolvency practitioners is an important step to a very good direction, industry experts say. ANAF is… END_OF_DOCUMENT_TOKEN_TO_BE_REPLACED