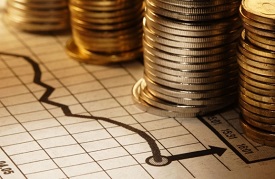 According to the data provided by INS, Romania registered a 0.32% increase in prices in July 2017 compared to the previous month, the highest level in the last nine months. By aggregating with the unfavourable base effect (prices had declined by 0.24% in July 2016), the inflation rose significantly and reached 1.42%.

It should be noted that in the absence of a change in the regulated prices under the state administration, the inflation registered last month would have been the same as in other summer months, namely negative (-0.10%). The abnormal increase in the price index has been caused exclusively by the almost 5% increase in the electricity price, which accounts for a significant share (6.07%) in the Romanian consumer basket.

In fact, in July, prices of food products decreased by 0.39%, under the effect of a 3.88% drop in prices of vegetables and canned vegetables (again, potatoes had an important role, with a 9.28% decrease) and 2.16% in prices of fruits and canned fruits. Although notable in terms of the fight between imported and domestic products, the reduction was higher for citrus fruits and fruits from southern regions (-2.68%) than for fresh fruits (-1.61%).

Also, it is noteworthy the discreet but significant increases in prices for pork (+ 0.46%), meat preparations (+0.38%), butter (+1.22%), cow’s milk cheese (+0,17%) or sugar (+0.26%). This is because the quite high price drop in vegetables and fruits is seasonal, whereas the (relatively low) increase in the above-mentioned basic food categories is practically irreversible.

Non-food goods would have remained close to zero if we had disregarded the electricity and cigarettes, another category under the direct influence of the state through the excise duties. The latter had a price increase of 0.58% in July 2017, having a share of over six percent in the consumer basket the same as the electricity.

On the other hand, the tariffs of services increased by 0.14% in July, with the main upward influences coming from the ever-discreet price increase of water services, sewage and sanitation (+ 0.65%), and in downward from the telecommunication services (-0.17%), which benefited from the decrease in the euro/leu exchange rate based on which these services are invoiced.

All in all, if we look at the evolution of price indices over the last 12 months, we can notice a rather pronounced increase in the annual inflation, to an unprecedented level in the past two years. That, despite that the component under the effect of the monetary policy has been kept at levels much more constant than those induced by the debatable measures implemented at the government level. The CORE 2 variation was only 0.32%, while the annual inflation rate change already reached 2.09%, meaning six times higher.

For the time being, the average rate over the last 12 months has just increased to 0.1% according to the national methodology and 0.3% according to the methodology harmonized at the EU level. However, lower IPC values of the previous year will be replaced by higher ones in the coming months, as a result of the significant (and hazardous) increase in the population’s incomes without a connection with the work productivity.

By the end of the year, it is expected a gradual increase in the inflation index somewhere below the theoretically desirable rate of 2%. But only if the Government intervenes effectively to stop large price variations such as for electricity. Unfortunately, the calls for prudence in the policy for increasing the incomes (be they wages in the public sector or pensions) have not been heard and the budget’s need for money calls for a revenue growth.

Unfortunately (for us), the budget law has been adopted in nominal terms and the value of the national currency included in the revenue targets is not defined as stable. There will be therefore an objective tendency to increase the revenues by exacerbating inflation, simultaneously with delaying investments (which should also be made at higher prices).

A revenue increase that can be made even outside the market, by administrative means, such as changing the price of electricity and increasing the excise taxes on fuels, energy resources that share the characteristic of transferring the price increase to all the other products. This way, we can pass the deficit control point of 3% of GDP at the end of the year, but the effects will be devastating in terms of the purchasing power decrease in 2018.