Purchasing power – 60% higher than in 1990. The inequality of distribution 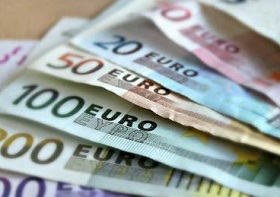 The average net earning announced by INS for October 2016 was 2,108 lei, 14 lei or 0.7% higher than the previous month. Expressed in the single European currency, the average net wage was 467 euros or 942 euros, measured in standard purchasing power parity.

That means only one euro more compared to September, as the exchange rate for its calculation exceeded again the threshold of 4.50 lei / euro.

Although prices were 0.43% lower than the same month last year, purchasing power stood at + 13.2% compared to one year ago, the smallest advance in all months of 2016. This is a signal that should be seriously taken into account, given that the labour productivity declined by a monthly average of 0.9% in the first nine months of the current year.

As anticipated, nominal wage indexation are „slipping” and the exchange rate began to accommodate the increasing incomes beyond the real potential of the economy.

9 lei gross income per hour of work. Plus the unequal distribution

Despite the increases announced, Eurostat data places us on the second to last position among the EU member states both in terms of average hourly income (most often) at national level, expressed in euros (2 euros / hour) and proportion of people with low wages. 24.4% of the Romanian employees, or almost a quarter of them, get less than two-thirds of the same average hourly wage for their work.

More specifically, despite the wage increases mentioned above, the Romanian employee gets about 9 lei gross hourly income on average and one in four gets less than 6 lei gross income per hour (after tax, the net amount decreases below 5 lei). The average level is seven times lower than in the Eurozone (where they are paying an average of 14.1 euros / hour) and six and a half times below the EU (13.2 euros / hour).

Overall, what is clear is that besides the fact that we are relatively underpaid overall, money is also distributed extremely unevenly. To position ourselves within the European context, we mention that countries where the fewest employees paid less than two-thirds of the average are in Sweden (only 2.6% of all employees!), Belgium, Finland, Denmark, France and Italy, all countries with less than 10%.