PIAROM requests an impact study on unitary pay law from Government: This generates a massive migration of qualified personnel from economy to budget institutions 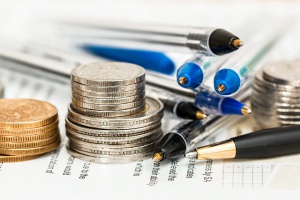 The Romanian Local Investors Employers (PIAROM) appreciates the public debate initiative on the future unitary pay law in Romania, which is made, says a press release from the organization, „in the context of some distortions generated by the administrative increases arbitrarily applied in 2016 and 2017 under the pressure of some occupational groups, which forced the Ministry of Labour to draft a text of law whose provisions defy both the economic realities and especially the people employed in the private sector, particularly those from the Romanian industry which use domestic capital.”

According to the press release:

“Salary levels already operated in the public sector generate a massive migration of qualified staff, especially from the private sector to the public sector, even by affecting the individual qualification these people have gained in years of activity.

Reducing or even ending the activity in the private companies that will not be able to compete with the salaries expected to be paid in the public sector will decrease the state budget revenues.

The salaries in the industrial sectors are the result of the achieved productivity, work complexity and competition on the market, criteria that are completely missing from the method of salary calculation in the public sector, as the salary increases are applied in a bureaucratic and generalized manner for each occupational family.

PIAROM understands the need to increase the salaries of certain employee categories from the public sector but considers it is unacceptable to achieve this goal without a thorough impact study of this regulation on the wages in the private sector.

We ask for such an important regulation to be the subject of a public debate, along with an impact study regarding the effects on the wages in the private sector.

At the same time, such realistic regulation should follow the adoption of some measures to reorganize/streamline the structures of public institutions, ministries, agencies and local government”.

Ignoring the serious consequences to be borne by private companies is inexplicable, given that Romanian owned companies, employing more than two-thirds of all employees, will be affected the most.

PIAROM warns the Government and the Parliament on the major difficulties caused by the discretionary increase measures, with arbitrary salary increase rates applied in the last 3-4 years, from the minimum national wage to the major wage increases for various professional categories already applied in 2016-2017, a policy that will particularly compromise the activity of manufacturing companies, as many surviving ones as they left after the long economic crisis.

Salaries can be increased only if the Government adopts firm, courageous measures able to adjust the structure of the Romanian economy and favour the production of goods, especially those with significant added value.

Romania will be able to pay higher salaries only if more Romanians work and produce goods with high added value.

Public policies that excessively promote some social categories, without an economic basis, will cause major damages to private companies, especially to the Romanian owned ones.