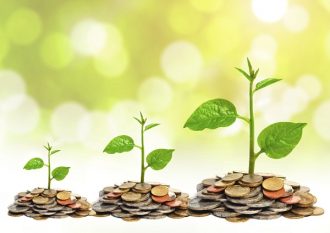 Reducing contributions to Pillar 2 of the pension system will also amputate the contribution to future private pensions resulting from investments in large Romanian companies.

Also, the companies’ capacity to develop by attracting resources on the capital market will be affected.

„Among asset categories, in the case of long-term ownership, shares ensure the highest yield. A conservative approach to real long-term yield may be at least the real growth rate of potential GDP,” said Adrian Codirlasu, president of CFA Romania, for cursdeguvernare.ro.

The value of the investment made by private mandatory pension funds (Pillar 2) in shares increased by more than 10% in the first quarter of this year, to more than RON 8.65 billion lei, according to the reports of the seven pension companies that manage them.

The investment target are mainly the largest Romanian companies listed on the Bucharest Stock Exchange (BVB), whose shares are based on a solid performance producing dividends, including Banca Transilvania (TLV) and BRD (BRD), OMV Petrom (SNP) and Romgaz (SNG), or Fondul Proprietatea (FP), which also feeds on the results of some large unlisted companies such as Hidroelectrica.

Pension funds’ placements are, though, much more extended, to other dozens of Romanian and foreign companies listed on stock exchanges, in order to diversify and mitigate market risks.

Sources for the development of the economy

At the same time, a further reduction in contributions to Pillar 2 will significantly affect the mechanism of attracting resources needed to develop the economy by pension funds’ contribution to share capital increases including the initial public offers (IPOs) that bring new companies to stock exchange listing.

„The main institutional share buyer will disappear, which will have a long-lasting negative effect both on yields and the development of the Romanian capital market,” says CFA President.

Over the past two years, on the Bucharest Stock Exchange- BSE, “there has been a record number of IPOs, which would have been unlikely in the absence of private pension funds that contributed to the financing of the real economy and, at the same time, have also provided a substantial yield to participants in these funds,” said Adrian Codirlasu.

Private pension funds are the main institutional investor on the BVB with holdings of approximately EUR1.9 billion, or 20% of the freely traded shares.

Pension funds’ transactions ensure 15% of the liquidity, which is an essential argument for companies entering the BSE to attract development resources, according to the expert mentioned.

The Government has recently decided to reduce Pillar 2 contributions from 5.1% to 3.75% instead of raising them to 6% of the salary, as provided for by the law.

„It is extremely important for the level of contributions to the pension funds to remain consistent – only this way a reasonable level of accumulation and implicitly of the private pension can be ensured, by investment in a long-term,” said Mihai Bobocea, spokesperson of the Association of Private Pensions in Romania (APAPR) for cursdeguvernare.ro.

Also, „only by receiving contributions of a relevant value for administrating them, can private pension funds really remain active in the capital market, by subscribing to public offers and developing liquidity and market institutions.”

Moreover, the Government is planning a fundamental change in the pension system, the effect of which could be to reduce to zero the contribution of Pillar 2 to Romanians’ future pensions.

APAPR did not receive a document on the Pension Pillar 2 and „there is no sustained dialogue on a document or bill on Pillar 2,” said Radu Craciun, President of APAPR, at a FIAR conference.

„At present, we consider that maintaining the current parameters of Pillar 2 unchanged is the only desirable solution and solutions should be found in the near future to return to a level of contribution similar to that provided for by the primary legislation, before the recent changes„, said Mihai Bobocea.

The APAPR representative also noted that „regardless of the level of contributions to Pillar 2, pension funds’ investment mission remains the same: prudent investment of these contributions, in conditions of the lowest risk possible and in a sustainable way, profitable in long-term”.