According to the data communicated by the NIS, in January 2020, Romania registered a new decrease in monthly industrial production, by -2.4% in gross series… END_OF_DOCUMENT_TOKEN_TO_BE_REPLACED

Dacia-Renault presented its “show car” Dacia Spring, “which prefigures the first 100% electric model of this brand” and will enter series production in 2021, according… END_OF_DOCUMENT_TOKEN_TO_BE_REPLACED

With current data and based on the legislation already adopted, Romania’s public debt is forecasted to reach 91.2% of GDP, according to the analysis of… END_OF_DOCUMENT_TOKEN_TO_BE_REPLACED

The progress in the development of Romanian infrastructure networks of utilities and roads is too slow compared to the needs and our neighbours’ progress, as… END_OF_DOCUMENT_TOKEN_TO_BE_REPLACED

Newest toy of authorities of all kinds: who is pushing energy price. BNR Governor: attention to electricity in economy! 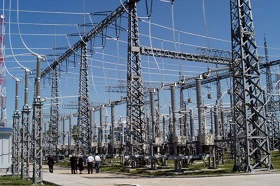 The price of electricity has come last week close to an inexplicable maximum, as the authorities are not just spectators, but they seem to be part of the price increase mechanism.

The price at which the electricity has been traded on August 3 was three times higher than a year ago when the conditions needed for production were similar, thus reaching 570 lei/MWh.

The authorities’ explanation is that this is the price on the spot market (DAM – the day-ahead market – secondary market), and not on the direct contracts market.

From this reality start the explanations of ill omen for the fall and the winter to come:

In June, ANRE, the regulator, postponed the tenders on the centralized market for universal service. Electricity is thus acquired, in full heatwave (that is, at full consumption) on the spot market – where prices are generally much higher and with a faster price impact.

“It is for the first time when in a secondary market we have almost 45% of the energy consumed traded on the DAM. I understand this is where the problem comes from. We hope that ANRE will start this tender procedure as soon as possible so that all these suppliers to have bilateral contracts without any additional quantities traded on DAM,” said the Minister of Energy Toma Petcu at a press conference on Friday.

“We were already looking very carefully into this problem four weeks ago. We had discussions with both ANRE and the Competition Council because potential competition or non-competition issues have been reported. I have asked Mr. Havrilet (president of ANRE – editor’s note) to make an analysis and say if there are any decisions that we should take. We had discussions with the OPCOM Director and analysed the issues to see from where the prices and price anomalies come. We noticed that in June, for all contracts with suppliers of last resort, ANRE decided to postpone this tender for reasons that I do not know,” the minister explained in a press conference, quoted by Agerpres.

On the other hand, ANRE says it has notified the Competition Council about some non-competitive agreements and is expecting a reaction.

The problem seems, though, to be not just a summer accident, but will have long-lasting consequences – according to the head of ANRE:

ANRE announced the tenders on the centralized market for August 10. But some expectations are likely to cause some worries, especially as they are expressed before the tenders.

Niculae Havrilet, the president of ANRE, predicted last week in a statement for Digi24 that the price of electricity will increase even this autumn by an additional 5% above the liberalization schedule, after the 8% increase in July.

It is difficult to tell though to what extent the authorities’ intervention pushes the price of electricity:

On the one hand, there is almost a visible influence from the members of the Parliament’s Industry Committee – who sometimes behave like genuine players in the market – and on the other hand, the statements of the line ministry are causing turbulences – as it happened last winter, when, following Minister Toma Petcu’s statement according to which there are supply problems, the price of electricity reached the highest level in Europe for one day. Obviously, traders reacted.

As we can see in statements, notifications, and committees in charge of “finding measures”, authorities work as hard as speculators and suspects of non-competitive agreements.

One thing is certain: the electricity will be more expensive than the market anticipates, it will be paid by the final consumer, and unless the authorities would release the market from the toxic pressure, the gain will come to the traders and producers: some of them, yes, state-owned companies.

Mugur Isarescu: attention to the price of energy! 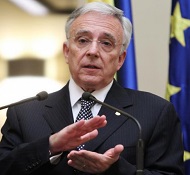 “It is a slightly mean statement, but I have to make it,” said Governor Mugur Isarescu on Friday afternoon, referring to the issue of electricity prices:

“When the figure will be issued in the next period for the July inflation, it will show that much of the increases in the consumer price index will come from electricity. We are concerned and I must come back: I have often said that in a country where we have a lot of uncertainties, the biggest one has become the evolution of the administered prices, which we can not predict. (…) We are definitely concerned about the evolution of administered prices, in this context the evolution of electricity prices and, as far as we know, the authorities in charge of managing these prices will make the necessary communication in the next period, which will also help us in the new inflation forecast. For now, the evolution of prices in Romania is controlled and inflation is one of the lowest in Europe.” (highlights belonging to the newsroom).

Besides the optimistic tone from the end – which the BNR Governor is forced to adopt, it is worth mentioning that the electricity price has an influence not only on inflation but also on the companies’ competitiveness.

Romania imported an amount of electricity of almost 796 GWh in the first month of this year, by more than 36% above what it exported… END_OF_DOCUMENT_TOKEN_TO_BE_REPLACED

GFG Alliance has committed to invest one billion euros to upgrade Galati steel plant in order to reduce emissions and increase production. Another EUR 1… END_OF_DOCUMENT_TOKEN_TO_BE_REPLACED

The Transport Ministry, as the Intermediate Body in Transport, approved the financing request for the project "Construction of Sibiu - Pitesti highway", Sections 1, 4… END_OF_DOCUMENT_TOKEN_TO_BE_REPLACED

Lack of trust in authorities, corruption and low living standards are the main reasons why young people leave Romania. The data is part of a… END_OF_DOCUMENT_TOKEN_TO_BE_REPLACED

Romania is the EU country with the fewest cars in terms of the number of inhabitants, according to data recently published by Eurostat. We appear… END_OF_DOCUMENT_TOKEN_TO_BE_REPLACED

The Government is preparing the public for the first measures aimed at avoiding the budget slippage, which would be applied by the PSD-ALDE government. News… END_OF_DOCUMENT_TOKEN_TO_BE_REPLACED

French Prosecutor Jean-Francois Bohnert will be appointed as head of the European Financial Prosecutor's Office, a position for which he was heard on Thursday, 11… END_OF_DOCUMENT_TOKEN_TO_BE_REPLACED

Romania recorded the highest road deaths in the EU also last year, with 96 deaths per one million inhabitants in 2018, almost double the EU… END_OF_DOCUMENT_TOKEN_TO_BE_REPLACED

Sorina Pintea announced on Thursday further new changes that will be brought to the functioning of the health care system, including new rules for employment… END_OF_DOCUMENT_TOKEN_TO_BE_REPLACED

The new order on approval and selection procedures for insolvency practitioners is an important step to a very good direction, industry experts say. ANAF is… END_OF_DOCUMENT_TOKEN_TO_BE_REPLACED

Romania lost to Estonia in the final vote to get the non-permanent member position within the UN Security Council for the period 2020-2021. On Friday,… END_OF_DOCUMENT_TOKEN_TO_BE_REPLACED

eMAG hopes to get the opinion of the Hungarian Competition Council over the next two months for the acquisition of Extreme Digital, the market leader… END_OF_DOCUMENT_TOKEN_TO_BE_REPLACED