GFG Alliance has committed to invest one billion euros to upgrade Galati steel plant in order to reduce emissions and increase production. Another EUR 1… END_OF_DOCUMENT_TOKEN_TO_BE_REPLACED

The transition to a green economy needs to be supported by new, additional European funds, distinct from Romania’s allocations from the future EU multiannual budget.… END_OF_DOCUMENT_TOKEN_TO_BE_REPLACED

Romania fell 3 places to the 10th position in the ranking of largest investments made by the European Bank for Reconstruction and Development (EBRD), after… END_OF_DOCUMENT_TOKEN_TO_BE_REPLACED

The Transport Ministry, as the Intermediate Body in Transport, approved the financing request for the project “Construction of Sibiu – Pitesti highway”, Sections 1, 4… END_OF_DOCUMENT_TOKEN_TO_BE_REPLACED

INS – Context survey: stability or even stagnation, employees about the same but all prices up! 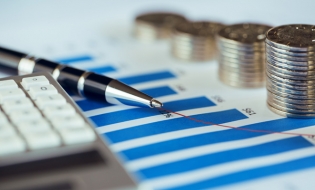 According to the perception of managers from the field, the manufacturing industry will register a relative stability of production volume in the following months (conjuncture balance + 4%) and the only notable decrease is for the tobacco production (conjuncture balance -33%). The number of employees would remain unchanged (balance of 0%).

The INS survey to evaluate economic activity trends in the first quarter of this year also shows a stability in the services field (balance of 0% in turnover), with a moderate increase in the number of employees (balance +6 %).

The other field with some extra jobs (balance + 3%) would be the retail, although managers expect a moderate decline in the merchandise sales (-7%), hence a corresponding decrease in the volume of orders to the suppliers of goods (balance -8%).

Explained by the seasonality but quite pronounced in amplitude, construction field shows the only clear decline in the activity according to the expectations (balance -18%), hence a decrease in the number of employees (balance -14%) is expected.

Not growth decline is the problem…

Although the four main fields of activity show various trends in terms of activity volume and number of employees, all managers agree on a very important thing: prices will increase, either moderately or more pronounced, over the next period. Positive percentages in opinion balances are 9% in services, 14% in manufacturing, 19% in construction, and beware of the pocket 22% in retail.

Overall, the picture of a relative stagnation in the volume of activity and the total number of employees is taking shape, due to some price increases that will be reflected in lower sales compared to the end of last year.

Given that the economic growth rate was expected to decline in the fourth quarter of 2017 compared to the same quarter of the previous year, we can expect for the economic activity’s tendency of settling closer to the sustainable growth rates to continue (which is not necessarily a bad thing).

The resumption of the continued GDP growth from one quarter to the next in the past year is becoming more plausible in the reverse direction. And that is precisely because of the unfavourable base effect created by the successive evolutions that have been registered, until recently, at the level of the quarterly growth rates.

Under these circumstances, the problems that may arise are not so much in the decline of the economic growth but in the previously induced imbalances, reflected also in the inflation that will temporarily rise (hopefully) within the 2.5% plus/minus 1% target range and, especially in the budgetary commitments assumed, based on the idea that we would continue indefinitely to have a very high growth rate.

The responses received (the managers of the enterprises in the sample surveyed choose only one answer to this type of question) are then processed and the outcome is obtained as a percentage based conjuncture balance, obtained as a difference between the share of those who chose the positive option of the phenomenon and the share of those who indicated the negative option.

Surveys were based on representative samples in the fields of manufacturing (2253 companies), construction (1240), retail (2207) and services (2516). The size of samples has been set so that the maximum permissible error to be ± 5% at the sector level overall. The context surveys are conducted within a co-financed project, with the contribution of the European Commission – DG ECFIN (Brussels).

GFG Alliance has committed to invest one billion euros to upgrade Galati steel plant in order to reduce emissions and increase production. Another EUR 1… END_OF_DOCUMENT_TOKEN_TO_BE_REPLACED

The Transport Ministry, as the Intermediate Body in Transport, approved the financing request for the project "Construction of Sibiu - Pitesti highway", Sections 1, 4… END_OF_DOCUMENT_TOKEN_TO_BE_REPLACED

Lack of trust in authorities, corruption and low living standards are the main reasons why young people leave Romania. The data is part of a… END_OF_DOCUMENT_TOKEN_TO_BE_REPLACED

Romania is the EU country with the fewest cars in terms of the number of inhabitants, according to data recently published by Eurostat. We appear… END_OF_DOCUMENT_TOKEN_TO_BE_REPLACED

The Government is preparing the public for the first measures aimed at avoiding the budget slippage, which would be applied by the PSD-ALDE government. News… END_OF_DOCUMENT_TOKEN_TO_BE_REPLACED

French Prosecutor Jean-Francois Bohnert will be appointed as head of the European Financial Prosecutor's Office, a position for which he was heard on Thursday, 11… END_OF_DOCUMENT_TOKEN_TO_BE_REPLACED

Romania recorded the highest road deaths in the EU also last year, with 96 deaths per one million inhabitants in 2018, almost double the EU… END_OF_DOCUMENT_TOKEN_TO_BE_REPLACED

Sorina Pintea announced on Thursday further new changes that will be brought to the functioning of the health care system, including new rules for employment… END_OF_DOCUMENT_TOKEN_TO_BE_REPLACED

The new order on approval and selection procedures for insolvency practitioners is an important step to a very good direction, industry experts say. ANAF is… END_OF_DOCUMENT_TOKEN_TO_BE_REPLACED

Romania lost to Estonia in the final vote to get the non-permanent member position within the UN Security Council for the period 2020-2021. On Friday,… END_OF_DOCUMENT_TOKEN_TO_BE_REPLACED

eMAG hopes to get the opinion of the Hungarian Competition Council over the next two months for the acquisition of Extreme Digital, the market leader… END_OF_DOCUMENT_TOKEN_TO_BE_REPLACED