Inflation reached 4.32% in first month of 2018. Explanations and what is to be expected 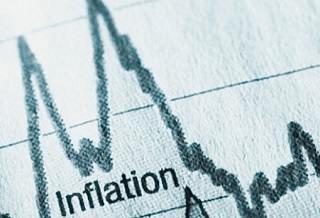 Romania recorded a 0.78% price increase in the first month of the year compared to the previous month, which led to an inflation rate of 4.32% at the beginning of 2018.

The average inflation rate of the last 12 months calculated based on the national methodology advanced to 1.7% (four-tenths more than in the previous month) and the one based on the European methodology HICP was not officially communicated anymore.

The unfavourable base effect (monthly inflation was negative in January 2017, namely -0.19%) contributed substantially to this development. Its influence will continue during the first quarter because it is virtually impossible for the values recorded in February 2017 (-0.09%), again negative and in March 2017 (+ 0.08%), extremely low, to repeat.

All that will be accounted in addition to these values in February 2018 and March 2018 will add to the already announced 4.32%, will temporarily push the annual inflation toward 5%. It is noteworthy, though, the monthly adjusted CORE2 inflation (under the influence of the monetary policy), which does not consider the volatile prices, the prices administered and the prices of beverages and tobacco, remained comparable to the previous four months and below half the total value announced.

Basically, there was an unwanted alignment for the price increases, of the increases from products with volatile prices that grow at the beginning of every year (vegetables, + 2.58% and fruits, by 2.78%, produced alone one fifth of the monthly inflation) and those on the energy segment, where the 2.42% price increase for fuels came on top of the 2.77% increase in energy administered prices.

Basically, the external influence from the international oil and gas prices and the unfortunate choice of increasing the administrated prices of energy right during the cold season (why could not we apply this increase in a countercyclical way, when consumption is low, during the summer?) have artificially amplified a situation that was not very favourable anyway. Without them, we can notice that the CPI inflation index would have almost matched the CORE2 index (0.32% versus 0.33%).

As a local splash of colour, it would also be worth mentioning the drop by almost two percent in egg prices, the third element in the volatile prices. Although, the effect was barely perceptible, in the way that it reduced the total CPI by just one-hundredth of a percentage point, given the very low weight of this product in the consumer basket.

More important and noteworthy, the upward trend in prices continued for some basic food products having relatively large shares in the population’s consumption. Meat prices increased by 0.35% (with a maximum of 0.62% for beef), milk and dairy products by 0.48% (0.61% for butter and 0.55% for cheese), oil by 0.33% and bread by 0.29%. This is what indicates us the poor performance in the national livestock farming and imports made at a slightly increased exchange rate (the average was 4.65 lei/euro in January).

Also, based on the exchange rate used to calculate the tariffs, we witnessed an increase in tariffs in the service area (+ 0.29% in telephony) in the first month of the year. However, it can be less explained the continued eternal price increase (on the principle of the Chinese water torture, in the frequency but not as small in size) for water and sanitation services (+ 0.44%).

Given the sales started at the middle of the month and very visible in all stores, it remains a statistical mystery how clothing appears with no price discounts in January, and footwear with a slight drop of -0.04%. To top it all, although the offers made public on the stores’ websites abound in the mega discounts, prices of household and furniture products increased, according to INS, by 0.19%.

To properly position ourselves on the substantial changes in taxation and wages over the last four years, when substantial decreases in taxes (the most important was in VAT on food) occurred at the same time with income increases far above the GDP growth, we present the evolution of the annual average inflation (the one that shows the process taking place over time rather than the momentary induced emotion).

Contrary to the public perception (which tends to forget the benefits and exacerbate the shortcomings and relate to the moment, not a longer period), in 2017 we were at just +0.24% above prices in 2013, at the level of all goods and services in the consumer basket. Only in 2018, when we have exhausted our innovations in terms of tax cuts, we began to see the effects of hazardous income increases and started to seriously go up in the price level.

So, there is no more administrative resource for reducing costs, and we shall have to adapt to the new CPI average. Which started from a reference of + 3.32% at the end of last year and will go up rapidly in the first two quarters of the year, precisely because of the unfavourable base statistical effect given by the low monthly inflation rates in the first half of 2017.

We shall see a certain moderation in the inflation only in the third quarter, so that, along with the clear reversal of the base effect in October and November, we shall „land” on a level slightly above the 3% threshold. That is, within the desired target range of 2.5% plus/minus 1%, but in the upper interval, following the adventures from the past years, when we maintained the annual average level below the lower limit.

Given the share of imported products in the consumption of the population (the Hungarian and Polish ones are, inherently, due to the relative advance of these countries, much better adapted to the new Romanian purchasing power), we should be as careful as possible with the trade deficit and the evolution of the exchange rate.

It is certain that after several years of conjectural preservation of almost unchanged prices overall (+ 0.24% in four years is totally insignificant at the scale of history, I have not seen such a thing since the socialism times), we shall have to go back to the reality of economic fundamentals. Along with the rest of the European Union, where we are members and where Germany has given the signal of an inflation clearly above the level registered in the previous years.

It is all about trying to reach even lower values than the current mid-term estimate, which sees a stabilization above 3% in 2019 as well, precisely to lose a high share of incomes obtained in 2017 and 2018 through prices excessively increased.

But that would imply the return to a good habit that we seem to have lost during recent governments, to send a part of the possible productivity gains to the appreciation of the Romanian leu.