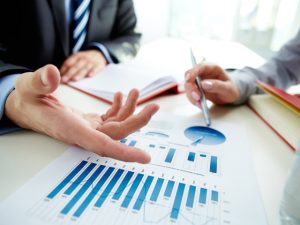 The Foreign Investors Council urges the Government, in the view of the proper functioning of the economy, to stop the regulating practice through emergency ordinances and return to serious consultations, especially when it wants to change the rules in the economy.

The Foreign Investors Council – FIC has noted lately, according to a release issued on Thursday, a change in the way decision makers, and especially the Government, deal with decisions that affect the business environment and Romanian society overall.

„The Government creates for itself, but also for citizens and the business environment, the wrong feeling that the economy faces insurmountable problems and that at any moment a regulation has to be adopted with exceptional speed to correct things.

Official data shows a certain level of stability of the macroeconomic indicators that contradicts this sentiment. Even though there are legitimate concerns about the availability of the workforce, inflation or deficit levels, Romania’s economy is currently operating at normal parameters and should be treated as such„, says the business environment.

The release states: We, therefore, believe that for the good functioning of the economy, the Romanian Government should not continue to adopt or amend fundamental legislation through emergency ordinances (OUG) and especially without a real and structured consultation with the business community and relevant parties.

The fact that some legislative changes were announced at the beginning of the mandate through the government program does not justify their adoption through OUGs. Their mere announcement is not a consultation. Similarly, the Government cannot use the argument that these changes are useful to the business environment as they do not meet two key elements: transparency and predictability.

OUGs, like any legislative initiative, need a period of consultations, the understanding of the mechanisms to be adapted, and a minimum assessment of the implementation effort. That is why, according to the regulations in force, there is a necessary time allocated to public consultations (10-30 days) but also a certain institutional opinion process, which we regretfully find that the Government tries and succeeds more and more often to complete within 24-72 hours.

The FIC believes that most of the measures adopted by the Government should take the form of draft laws that would then be debated in the Romanian Parliament. Such a law-making process, using Parliament’s legal role, will produce laws better suited to the real and more stable economy over time. This approach would provide more opportunities for consultations with relevant parties either when a draft is promoted by the Government or during the parliamentary debates.

We invite the Government and the Prime Minister to a wide debate on the quality of the law-making process in Romania and on the dialogue with the business community, to which the FIC is prepared to contribute with professionalism. We consider that it would be for Romania’s benefit for this dialogue to be carried out in a formal framework, with technical arguments, in a transparent manner and the result will be reflected in the quality of the legislation adopted. FIC members express their full availability to constructively discuss any measure of the government program or the economic policies that the Government considers as necessary. „