European mechanism „Money only for the rule of law”: Commission’s radical initiative to „strengthen correlation between EU funds and rule of law” 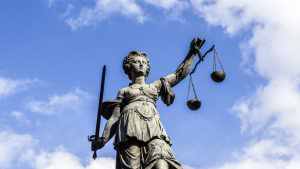 The draft 2021-2027 multiannual budget of the European Union is accompanied by a radical Commission’s initiative on „Strengthening the correlation between EU funds and the rule of law”.

Translated in common language, the Commission formulated on Wednesday the principles of a mechanism based on which to cut European funding for those member states that do not respect the „rule of law” principle.

The new framework would obviously be applied starting with the next financial year.

Very important: The so-called „Financial Supervisory Mechanism” is a separate proposal from the draft multiannual budget – which requires the unanimous approval of the member states in order to be adopted, so it does NOT need unanimity to be put into operation.

Present at the European Parliament, where the draft budget was discussed before the public presentation, President Jean Claude Juncker assured MEPs that the proposal is „about respecting the rule of law, which is an indispensable condition for the sound financial management,” and does not target any particular state, but will be applied across the Union.

It is clear, however, that once adopted, the mechanism will put pressure first on Hungary and Poland, countries harshly criticized lately for their internal slippages, but also on Romania, which has already come under the spotlight because of the changes in the laws of the judiciary.

Details of the mechanism

The newly proposed mechanism would allow the EU to suspend, reduce or restrict access to European funding in a manner „proportionate to nature, gravity or areas affected by the deficiencies of the rule of law.”

In the Council, the qualified majority is voted by at least 55% of the member states (16 out of 27), representing at least 65% of the EU population.

This decision can be invoked when, from the rule of law point of view, a generalized deficiency threatens:

The new rules would be applied in relation to: