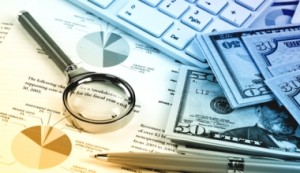 The Court of Accounts verified last year nearly 2,700 public entities and identified 23,500 violations that caused a total damage of EUR 400 million. Of this total amount, 10% (EUR 40 million) represents the loss in the field of public procurement, announces News.ro.

The establishment of a Centralized Public Procurement Unit (UCA) would bring savings of EUR 2 billion, at a total procurement volume in the country of EUR 18 billion, according to the Romanian Institute of Public Policy.

The Romanian Institute of Public Policy organized an international workshop in collaboration with the Embassy of the Netherlands, in the view of establishing a Centralized Public Procurement Unit.

„There are 15,000 public contracting authorities. The Court of Accounts manages to annually investigate 2,600-2,700 public entities. In 2016, approximately 23,500 violations have been identified. The total amount of damage is around EUR 400 million. Of this amount, only EUR 40 million represents the loss in the area of public procurement, actually 9.3%,” said Cristina Breden, Director of Procurement at the Court of Accounts.

The Court of Accounts identified 2,303 misconducts in the public procurement area.

„93% of the misconducts occur in the phase of contract execution, post-award, and only 7% occur in the inception and planning phase, namely in the stage of applying the proceedings”, mentioned Cristina Breden who added: „We find that out of 2,303 entities verified, 78% are administrative and territorial units. Most mistakes occur in the towns and villages. They have no specialized staff enough prepared to understand the legal provisions”, was the conclusion of the Court of Accounts representative who added that „the idea of establishing central public procurement units is very good, the only way to strengthen legality„.

As IPP estimated, if UCAs would be established, the reasonable decrease margin in the procurement contracted under the centralized system is at least 10% compared to the annual procurement volume of around EUR 18 billion, which means a saving of EUR 2 billion.

„The public procurement remains an area of interest for IPP. We are interested at the systemic level in how we can, by a refinement of the regulations on public procurement, increase the efficiency in spending this money in Romania and this way develop Romania more,” said Bogdan Puscas, President of the Institute of Public Policy.

Stella Ronner-Grubacic, Ambassador of the Kingdom of Netherlands in Bucharest, had the opinion that „it is not easy to change laws, especially attitudes” on public procurement. Grubacic talked about how we should „combine expertise” but also about „the efficiency in creating transparency”. „Public procurement is a difficult problem not only in Romania but also in the European Union. The private sector can become, in our view, a partner for the public authorities,” said the Dutch ambassador.

„We should launch an initiative to create capacity at local level for publicizing this mechanism of association, maybe in the first phase among county councils, for running procurement procedures,” said Violeta Alexandru, who stressed that „the IPP’s mandate is not focused on identifying corruption, but the waste of public money and the need to streamline public procurement”.

A Romanian example of efficiency in the centralized system is the experience reported in 2013 by the Ministry of Health. According to the MS, the centralized procurement system helped concluding an agreement for 1.4 million doses of hexavalent vaccine with a 30% saving, while the procurement of fuel for four years generated a 6% discount.

The Institute of Public Policy presented during the debate a report based on specific examples of different public entities such as hospitals, courts, municipalities, universities, colleges, schools, kindergartens paid, in some cases, amounts twice as large for the same type of product. The documentation has been carried out between 10 February – 24 March 2017.