Convergence: Romania only meets one of four economic criteria for adopting euro 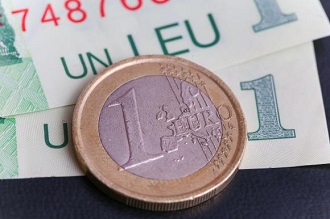 „The report concluded that Romania currently meets one of the four economic criteria necessary for adopting the euro, namely the criterion related to public finances. Romania does not meet the criteria on price stability, exchange rate and long-term interest rates and its legislation is not fully compatible with the Treaty.”

This is how Romania’s situation shows according to the European Commission’s 2018 report for the seven member states that have assumed the transition to euro, with the temporary derogation right mentioned in art.140 of the Accession Treaty, until the conditions expressly required by Protocol no 13 on convergence criteria are met.

In fact, as we know them, we have three more criteria met out of the five economic criteria. That is, we have (still) maintained the budget deficit below 3% of GDP, public debt is somewhere around 36% of GDP well below the 60% imposed and it seems that the exchange rate, as it has evolved, can be maintained within +/- 15% range imposed at the accession, for two years, to the ERM II exchange rate mechanism (the English abbreviation is still MCS II but it already became usual).

Unfortunately, after we were meeting in 2016 all five economic criteria (the judiciary one is currently met only by Croatia, but it is enough time for putting things right if we solve the situation of the economy), we have lost two criteria that we shall have to regain in order to return to our integral status in the EC report on 2020 (these reports are prepared every two years).

In other words, the bad news is that we are worse than two years ago, and the less bad news is that we are not alone, but along with Poland and Hungary. There would also be a truly extremely bad hypothesis if the EU experts’ predictions are confirmed, that we shall exceed the 3% of GDP deficit threshold (3.4% in 2018 and 3.8% in 2019).

More specifically, if we would lose the only remaining economic criterion that remained valid according to the 2018 report and we would only have the requirement of debt below 60% met, but this is not enough to prove the stability of public finances. That, leaving aside the observation that the small debt comes historically from the quasi-cancellation of the foreign debt in 1989 and not from the results of democratic governments that followed.

And now the good news: we can still recover if we do our homework

In March 2018, the last month considered by the European analysis, the average long-term interest rate in Cyprus, Ireland and Finland was 1.2%. Considering the additional 2% allowed, they accounted for 3.2%, namely only 0.9% below the level of 4.1% obtained by Romania. It would not be far from our ability to recover, but unfortunately, the tendency of this indicator in our case is to increase, not to decline, and it is unlikely to increase in all member countries so that they bring us within the range allowed instead of doing that by ourselves by appropriate policies.

In terms of average inflation rate on the last 12 months (considered in the report), we faced the results of Cyprus, Ireland and Finland, which set a limit of 1.9%. We have also registered the same value of this indicator, but the European Commission has not forgiven us and placed it among missed criteria.

We could say that is not fair but in this case, too, the tendency is that which has penalized us and perspectives are even less encouraging than for long-term interest rates. We already reached 2.2% in April and we are fast moving towards a level that will maintain at least by 2019 somewhere over 3%. A level from where it will be difficult to return to the EC requirements, even if the increasing trend will show in all member states.

We are in the face of a serious warning that, even though we have grown to over 60% of the EU average in terms of GDP per capita, we have not done that in a balanced way, and we shall have to make a painful effort of adjustment to return to where we were in 2016, that is the economic stability without which there is no question of accessing the Eurozone. At least in the 11th hour, we should pay attention and do our homework.