Consequences of removing the maximum threshold for CAS and CASS payment. Philosophies about tax in the EU 28 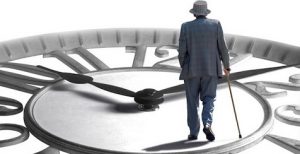 Just appointed in office, Grindeanu government implemented the first social measures announced by PSD since the elections, among which the decision that employees will pay pension and healthcare contributions calculated for the total wage, as the current maximum amount equivalent to 5 average gross salaries has been removed.

The decision places Romania into the small group of the EU states whose tax philosophy includes no maximum threshold for pension and healthcare contributions: Denmark, Finland, Sweden, France, Germany, Hungary, Cyprus, and Malta.

This is a measure that will only affect those with monthly gross wage exceeding 14,000 lei.

The matter of principle raised by removing the threshold of five average salaries is that the state taxes without any limit while offering only limited social services.

The only real effect of this decision is that those who are paid this wage will owe higher taxes: according to the Government’s calculations, the measure will bring additional budget revenues of 1.9 billion lei.

It is not sure though that this money will prove enough because Romania should first solve two system „flaws”: the problem of collecting the revenue and the problem of efficiently spending the public money.

Who is affected and how

Statistics of the Ministry of Finance from 2016 shows that in 2015, most of the full-time employees are those with employment contracts with minimum national wage – 33.4% of the employees in Romania. 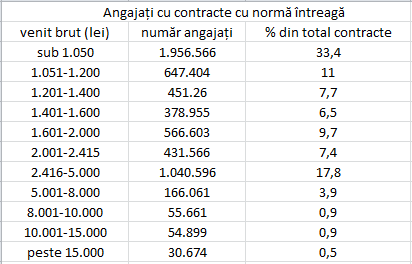 Since statistics does not offer the exact number of monthly gross wages higher than 14,000 lei, it can be estimated at 50,000 people.

These 50,000 people will, therefore, get less money in the future following the elimination of the maximum threshold of 5 national average gross wages.

But these people will not receive anything for the extra money paid to the state: in practice, those with high salaries use anyway the private healthcare services and contribute to private pension systems.

The fact that 50,000 people are forced by the state to pay higher taxes is likely to theoretically make those with low incomes enjoy.

In reality, neither these people will have any benefit: money taken „from the rich” will go to cover other „gaps” also caused by the Government:

Moreover, we should also recall the annual pension budget deficit of almost EUR4 billion. Following the „liberalized” contributions to CAS, those who now pay higher contributions should equally receive higher pensions in the future.

But looking at the INS statistics on birth rates, given the clear trend of aging population, it becomes obvious that the pension budget cannot sustain in the future the benefits for those who contribute today in an unlimited manner.

Tax philosophies in Europe about contribution to social budgets

Tax systems in Europe are obviously different. Before the latest amendments to the Tax Code adopted by the PSD-ALDE coalition, Romania ranked 14th within the EU 28 in terms of the tax burden for employees and 22nd in terms of tax burden on PFAs.

In 2015, 20 of the 28 EU countries had limited tax levels for social budgets. Among the states imposing social contributions on unlimited income are the Nordic countries (Sweden, Denmark, Finland) and the rich countries Germany and France: social services in these countries are though among the best covering and most efficient and taxpayers know in fact why they pay taxes.

Comparative analysis of the net income of the employees and the PFAs from the EU28 countries, in 2015, by the Fiscal Council: 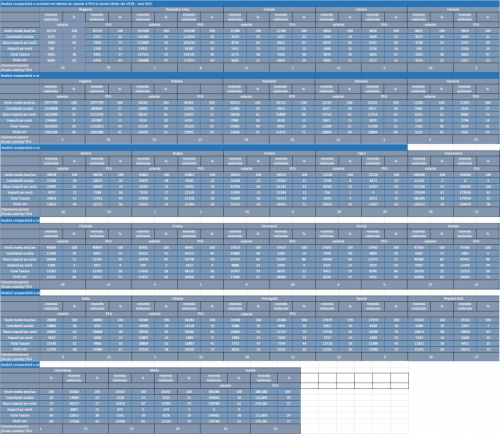 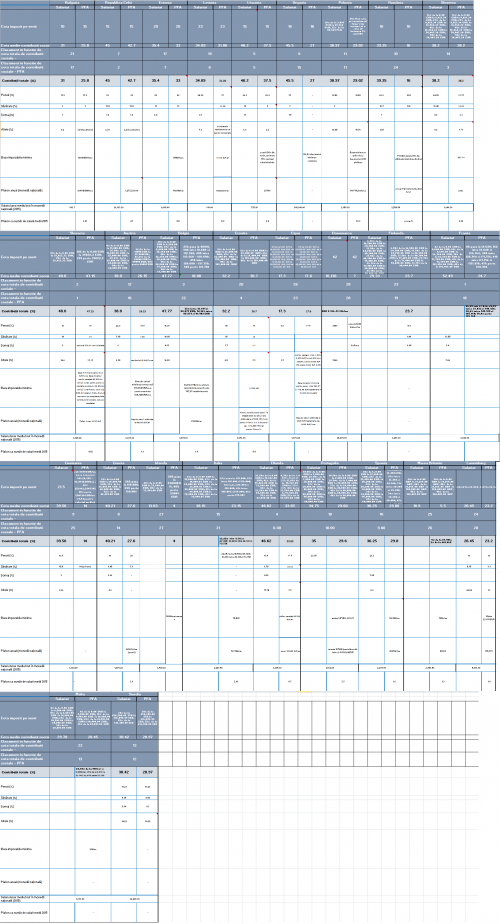