Catalin Ivan: In Romania, there are 384 companies with bearer shares, all collaborating with the state. More than EUR 40 billion transferred from Romania to offshore companies 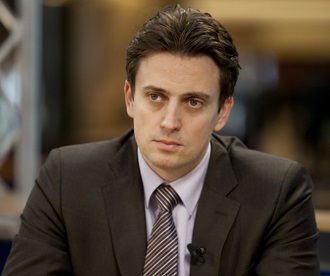 MEP Catalin Ivan stated on Friday in Iasi that there are 384 companies with bearer shares in Romania, which gives the owners the comfort of anonymity and the possibility to sign contracts with the state.

„There are 384 companies in Romania. All of them collaborate with the state. Over the last ten years, none of them had difficulties, that is, to go better or worse, in the context that all parties from the political spectrum were in power, which means that the relationships between them go beyond the policy or the ideology of a party,” said Catalin Ivan, quoted by Agerpres, in a debate on „Bearer shares”.

At the event held at the Faculty of Economics and Business Administration of „Alexandru Ioan Cuza” University of Iasi, the MEP mentioned: „In an economy where people do not acknowledge their activity, it is at least dangerous from all points of view„.

„I give a random example. I am the President of a County Council and I privatize a company. I give it to some friends, turn it back into bearer shares, and my friends physically hand over the shares to me, and I place them in my drawer, from me to myself. I can award contracts to myself, to my company, without anyone being able to find any connection to that company and to me. Of course, our paths are crossing throughout our lives, because I need the money they I give to me. Then, I guarantee some loans to myself that I may never pay back, I benefit from all sorts of services from the respective company but never get physical money from that company, so nobody can follow the money, you know the “follow the money” principle, and reach me. It is a way of doing things,” said Catalin Ivan.

According to him, transfers from Romania to offshore firms amount to more than EUR 40 billion.

„The phenomenon exists. Suspicions are real. It is obvious to everyone that we have some very wealthy people and most of the wealth in Romania is obtained from contracts with the state. It is obvious that we have an ever-poorer population. This gap cannot be closed if Romania’s budget does not recover both in terms of revenues and expenditure„, said Catalin Ivan.

The MEP stressed that tax havens hit states both in terms of revenue and expenditure.

He noted that in such situations we cannot talk only about corruption.

„We do not know if that is corruption. It can be organized crime. Just as well can be terrorism, financing the terrorism. As David Cameron said when he was the Prime Minister of the United Kingdom: the sunlight is the best sanitizer. If you have light and know what is going on there, you know how to make decisions. You can know if it is good, you can assess whether it is good or not for the economy,” the MEP said during the debate.