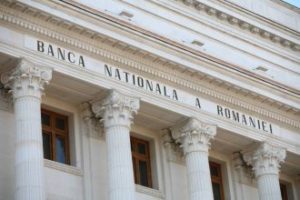 Although gross fixed capital formation had a surprising positive contribution to the economic growth in the first part of the year, members of the National Bank of Romania’s Board of Directors (BNR) are reluctant about the investment’s rebound, at least in the short term.

Beyond the frequent legislative changes that have so far put companies’ expansion plans on hold, the BNR’s Board points out that in the context of the budget amendment at the end of the month, measures could be implemented „to bring the budget deficit within the target set”, as implied in BNR’s most recent meeting minute.

Other concerns expressed by the board of the central bank refer to the explosive increase of external imbalances, namely of the current account deficit, in the context of increasing demand for imports.

Here are the most important observations made by the BNR’s management:

Several board members have estimated that such evolution of the core inflation indicates increasing inflationary pressures on the demand and wage costs, in relation to the proportion and the increasing cyclical trend of the economy, as well as the steady labour cost increase. The upward trend in the annual growth rate of production prices in the manufacturing sector for the domestic market in the consumer goods segment, which has increased in recent months, as well as the increase in the GDP deflator in the first quarter of 2019, have also been considered as indicators; short-term inflation expectations, which, according to some surveys, continued to adjust lately toward an upward direction have also been brought forward.

With regard to future developments, board members have shown that, according to latest information and analysis, the annual inflation rate will probably remain above the target range in a short term horizon, with some small fluctuations, on a trajectory compatible with the one highlighted in the mid-term forecast published in the Inflation Report, in May 2019, which anticipated its level at 4.2 percentage points in December 2019 and 3.3 percentage points at the end of 2020.

The contribution of gross fixed capital formation has unexpectedly returned to the positive range, but only as a result of the revival of new constructions.

It was noted that, in this context, the contribution of domestic demand to GDP dynamics has substantially increased, while net export consistently increased its negative contribution, in the context of a slight increase in the dynamics of goods and services imports, coupled with a slowing rhythm of exports.

As a consequence, the trade balance deficit considerably accelerated compared to the same period of the last year, leading also to a deepening of the annual current account deficit, despite the improvement in balances of primary and secondary earnings, registered during this period. In this context, board members considered that, due to its size and tendency, as well as the structure of its financing, the external imbalance of the economy is becoming increasingly worrisome.

Analysing the prerequisites of the cyclical position of the economy, board members considered the economic expansion is likely to slow down in Q2 and Q3, but will remain relatively more dynamic, due to its acceleration over expectations in the first quarter and in the context of an anticipated quarterly dynamics will gradually decline, including against less favourable results in agriculture in the third quarter.

According to the assessment made, such a perspective implies a further increase of the positive GDP gap in this period, to levels slightly above those forecasted in May.

However, short-term outlook for investments has been estimated to be uncertain – with potential adverse implications for the growth potential of the economy – in the context of budgetary practices and frequent fiscal measures and legislative changes introduced in recent years that are likely to affect companies’ profits and confidence, as well as foreign direct investment dynamics.

Increased uncertainties also result from the future conduct of fiscal and revenue policies, given the characteristics of the budget implementation in the first five months of the year, as well as the measures which are likely to be adopted – possibly in the context of the budgetary amendment – to address the need to maintain the budget deficit within the target, also taking into account the expected impact of new pension law provisions. Uncertainties surrounding the absorption of European funds also add to that.

Board members showed their concerns about high tensions from the labour market. (…) They noticed that the persistence of major difficulties encountered in the recruitment process makes companies increasingly focus on digitization and automation – including with the aim of making their work more efficient – or recruit staff from abroad, as the recent narrowing of the personnel in the manufacturing industry indicates, especially in the automotive industry, as well as the results of specialized studies and surveys. (…) Some members of the board noted that workforce shortage becomes a handicap for sustainable economic growth in the new EU member states, and the emigration phenomenon contributes to that.

In discussions on monetary conditions, board members emphasized on main ROBOR rates that maintain significantly above the monetary policy rate in May and June at value levels ​​only marginally below those reached in April but also on the normalization of the average interest rate on interbank transactions which repositioned within this range slightly below the key interest rate, in the context that BNR consistently absorbed, by attracting deposits, the liquidity surplus reinstated in the money market.

BNR Administration Board members emphasised again on the need for a balanced mix of macroeconomic policies, in order to avoid additionally overburdening the monetary policy, with undesirable effects to the economy.

At the same time, they reiterated the importance of dosage and an appropriate rhythm in adjusting the monetary policy in order to anchor inflationary expectations and bring again the annual inflation rate in line with the inflation target, under financial stability protection conditions.

At the same time, they appreciated that, given the macroeconomic conditions, as well as internal and external risks, maintaining strict control over money market liquidity is essential.