Romania’s big re-launch plan for the next decade places transport infrastructure at the centre of investments, with an allocation of 60% of the total amount.… END_OF_DOCUMENT_TOKEN_TO_BE_REPLACED

The general consolidated budget registered in the first half of the current year a deficit of about RON 45 billion, equivalent to 4.2% of the… END_OF_DOCUMENT_TOKEN_TO_BE_REPLACED

At the European level, there is an agreement to introduce a “modest” tax on disposable plastic, a first source of income to support the repayment… END_OF_DOCUMENT_TOKEN_TO_BE_REPLACED

Long-term interest rate for Romania fell by almost one percentage point in just two months, according to data released by Eurostat. After increasing up to… END_OF_DOCUMENT_TOKEN_TO_BE_REPLACED

A bizarre thing? Ranking 1st by GDP growth, last within the EU by loan costs: 5% threshold exceeded in July 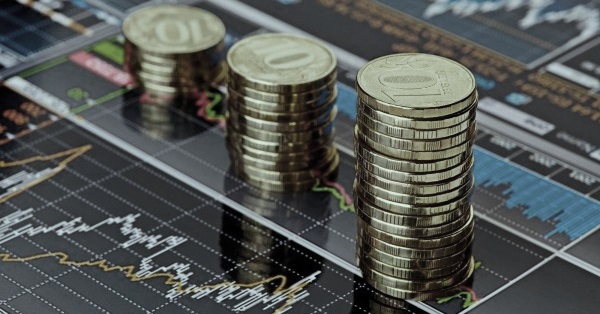 Romania is the country that borrows money at the highest costs among all EU states, and the 5% yield threshold for government bonds was exceeded in July.

Twelve months ago, when data from Eurostat showed that there were no significant changes in the EU and Eurozone averages, we were at 3.86%, which also indicates that we had the highest deterioration of this indicator among all member countries, except for the Czech Republic, which is on an entirely different level (from 0.83% it went up to 2.11%).

Speed of cost increase: a comparison with EU countries

In fact, at the end of last year, we intersected with Greece, as we were going upward with the interest paid on loans and they were going downward, and afterwards took their position as the most risky placement option for capital markets, despite the record economic growth of 6.9% at the European level, which is a huge bizarre thing.

It is less important that these figures reflecting the perception of international markets are deserved or not.

What matters is the cost we shall all have to bear, obviously higher with the passage of time. Although the level of public debt (ironically) has fallen to only 35% of GDP, the interest rate at which we shall be able to “roll it over” is essential.

Paradoxically, although we have enjoyed a relatively high economic growth, it seems that others (caring for their placements) do not really believe that we know what to do with it in terms of public budget management. Basically, they are waiting for us to borrow and do that only if we offer much higher returns than practiced at the regional level.

For now, it is both complicated and premature to make a calculation as to how much the perception of an unsustainable public expenditure is costing us. But when the line will be drawn for the additional costs generated this way in a period when we have a debt of about EUR 70 billion, money that nobody gave us for nothing but to collect the interest, we might get a headache.

5.05% compared to 3.86% a year ago is not a simple change in figures but a move from the area somehow acceptable to an area with a warning fired when the sky is still blue but others, specialized in macroeconomic stability, see it increasingly cloudy. The reason why they take the risk of lending only for exaggerated rates.

Nobody tells us to reach that miraculous 0.28% applied for Germany, but neither to make a clear difference compared the countries with a similar floating exchange regime, such as Poland or Hungary.

When things are mixed, everyone sees what he wants and emphasizes what they like. Simply put, though, about one – one and a half percentage point represents the pure cost of an inadequate public money management.

Luca de Meo (foto), the new general manager (CEO) of Renault group, considers that Dacia project proved to be a miracle and that no one… END_OF_DOCUMENT_TOKEN_TO_BE_REPLACED

A former Soviet airbase in central Romania could become a hub for US Air Force operations in south-eastern Europe, where the Pentagon is seeking to… END_OF_DOCUMENT_TOKEN_TO_BE_REPLACED

Nuclearelectrica's Board of Directors has been mandated to initiate proceedings to terminate negotiations with China General Nuclear Power Group (CGN), as well as legal effects… END_OF_DOCUMENT_TOKEN_TO_BE_REPLACED

Romania imported an amount of electricity of almost 796 GWh in the first month of this year, by more than 36% above what it exported… END_OF_DOCUMENT_TOKEN_TO_BE_REPLACED

GFG Alliance has committed to invest one billion euros to upgrade Galati steel plant in order to reduce emissions and increase production. Another EUR 1… END_OF_DOCUMENT_TOKEN_TO_BE_REPLACED

The Transport Ministry, as the Intermediate Body in Transport, approved the financing request for the project "Construction of Sibiu - Pitesti highway", Sections 1, 4… END_OF_DOCUMENT_TOKEN_TO_BE_REPLACED

Lack of trust in authorities, corruption and low living standards are the main reasons why young people leave Romania. The data is part of a… END_OF_DOCUMENT_TOKEN_TO_BE_REPLACED

Romania is the EU country with the fewest cars in terms of the number of inhabitants, according to data recently published by Eurostat. We appear… END_OF_DOCUMENT_TOKEN_TO_BE_REPLACED

The Government is preparing the public for the first measures aimed at avoiding the budget slippage, which would be applied by the PSD-ALDE government. News… END_OF_DOCUMENT_TOKEN_TO_BE_REPLACED

French Prosecutor Jean-Francois Bohnert will be appointed as head of the European Financial Prosecutor's Office, a position for which he was heard on Thursday, 11… END_OF_DOCUMENT_TOKEN_TO_BE_REPLACED

Romania recorded the highest road deaths in the EU also last year, with 96 deaths per one million inhabitants in 2018, almost double the EU… END_OF_DOCUMENT_TOKEN_TO_BE_REPLACED

Sorina Pintea announced on Thursday further new changes that will be brought to the functioning of the health care system, including new rules for employment… END_OF_DOCUMENT_TOKEN_TO_BE_REPLACED

The new order on approval and selection procedures for insolvency practitioners is an important step to a very good direction, industry experts say. ANAF is… END_OF_DOCUMENT_TOKEN_TO_BE_REPLACED