Romania imported an amount of electricity of almost 796 GWh in the first month of this year, by more than 36% above what it exported… END_OF_DOCUMENT_TOKEN_TO_BE_REPLACED

GFG Alliance has committed to invest one billion euros to upgrade Galati steel plant in order to reduce emissions and increase production. Another EUR 1… END_OF_DOCUMENT_TOKEN_TO_BE_REPLACED

The transition to a green economy needs to be supported by new, additional European funds, distinct from Romania’s allocations from the future EU multiannual budget.… END_OF_DOCUMENT_TOKEN_TO_BE_REPLACED

Romania fell 3 places to the 10th position in the ranking of largest investments made by the European Bank for Reconstruction and Development (EBRD), after… END_OF_DOCUMENT_TOKEN_TO_BE_REPLACED

The Transport Ministry, as the Intermediate Body in Transport, approved the financing request for the project “Construction of Sibiu – Pitesti highway”, Sections 1, 4… END_OF_DOCUMENT_TOKEN_TO_BE_REPLACED

A new phenomenon: brands’ revolt. How advertising decreased on Romania TV and Antena 3 news channels because of tendentious reporting on protests against Government 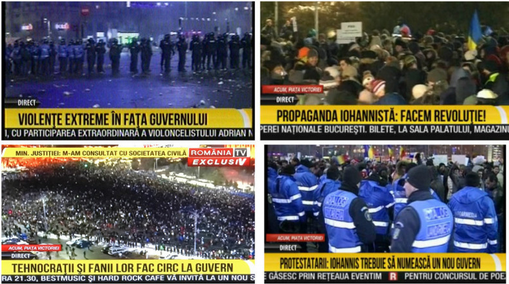 Against the background of protests caused by the Government’s initiative to amend the Criminal Code by emergency ordinance and the call of Frontline Club for brands to cancel advertising budgets that support TV stations that deviate from the rules of journalism, IQads.ro published Tuesday a short analysis of the list of brands promoted during the prime time shows on Romania TV and Antena 3 in the week 30 January – 5 February.

IQads.ro joined the initiative of Frontline Club and published every day the lists of brands promoted on Antena 3 and Romania TV while presenting the way these TV stations covered the events. The lists have been seen by over 100,000 people.

The result of this initiative, in short, as a comparison between the intervals of January 30 to February 2 and February 3 to February 5, was the following:

According to the IQads.ro analysis, during the spreading out of the protests in front of the Government building (3-5 February), which coincided with the largest deviations from the basic journalistic norms:

Noteworthy: Romania TV sent Monday a letter to several advertising agencies stating that the editorial policy of the TV station complies with all the rules of journalism and the audio-visual broadcasting regulations, as they maintain the political equidistance in their broadcasts and shows.

Back to the Frontline Club’s call, the following part is noteworthy:

“[…] by supporting the independent media, you can help improve the quality of the Romanian press.

Please note that the few media outlets that effectively work now to inform the citizens are struggling in most cases to survive and journalists often get paid the national minimum wage.

They really need visibility and financing to continue their work.

How A3, RTV and CNA have positioned regarding the protests

On the sixth day of protests, the reports of Romania TV station focused on the idea of a coup and some people who were paid to take to the streets by some obscure forces.

Antena 3 had some sudden changes of perspective: at the beginning, the ordinances were beneficial, according to the TV moderators, then they were not so anymore, and in the recent days, the TV station resumed the anti-protests attitude.

During this period, IQads.ro launched a debate on the responsibility that brands have in relations to the media channels they use for promoting their products. Overall, some brand representatives, professionals from the creative fields and media people, as well as industry associations – IAA, UAPR, ADC * RO – expressed the view that the only institution that should react is the National Audio-visual Council of Romania which was rather silent most of the time. 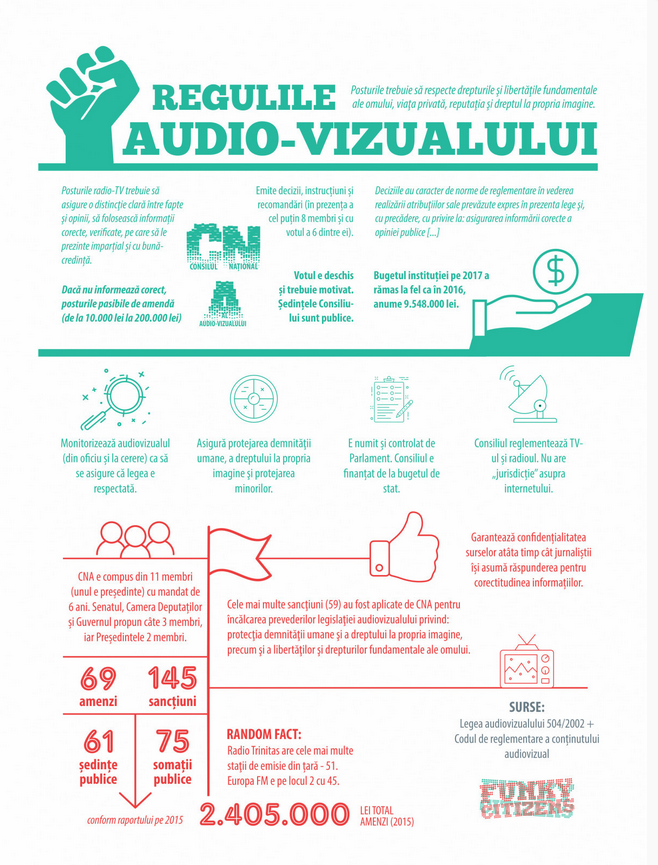 The story behind, told by IQads.ro

Some questions are as old as the hills. Why have we got here? – for instance. What does objectivity mean? What does advertising sell in fact?

And just because they are old and thousands of people from different times have been trying to answer them, and textbooks have been written to explain them, it does not mean that the answers have been found; or that people do not keep debating them fiercely. Sometimes it takes just a spark to relaunch them to the general attention.

This time, the spark were the Romanians who took to the streets to protest the measures of the Government.

Before all the madness started, we were thinking about a theme related to the responsibility that brands have in their promotional activities. Is the ultimate goal just to sell? What right do consumers have to criticize advertisements if they are not in the target group?

We have postponed this series because we thought it is an old topic, from some textbook, and wondered about the point for us to reinvent the wheel of marketing.

But then tens of thousands and hundreds of thousands of Romanians took to the streets and their protest was distorted in the broadcasts of several news channels. So, a discussion about which we wrote last year resumed: on the moral dilemma of the brands related to the journalistic content they endorse by buying certain advertising space.

Romania imported an amount of electricity of almost 796 GWh in the first month of this year, by more than 36% above what it exported… END_OF_DOCUMENT_TOKEN_TO_BE_REPLACED

GFG Alliance has committed to invest one billion euros to upgrade Galati steel plant in order to reduce emissions and increase production. Another EUR 1… END_OF_DOCUMENT_TOKEN_TO_BE_REPLACED

The Transport Ministry, as the Intermediate Body in Transport, approved the financing request for the project "Construction of Sibiu - Pitesti highway", Sections 1, 4… END_OF_DOCUMENT_TOKEN_TO_BE_REPLACED

Lack of trust in authorities, corruption and low living standards are the main reasons why young people leave Romania. The data is part of a… END_OF_DOCUMENT_TOKEN_TO_BE_REPLACED

Romania is the EU country with the fewest cars in terms of the number of inhabitants, according to data recently published by Eurostat. We appear… END_OF_DOCUMENT_TOKEN_TO_BE_REPLACED

The Government is preparing the public for the first measures aimed at avoiding the budget slippage, which would be applied by the PSD-ALDE government. News… END_OF_DOCUMENT_TOKEN_TO_BE_REPLACED

French Prosecutor Jean-Francois Bohnert will be appointed as head of the European Financial Prosecutor's Office, a position for which he was heard on Thursday, 11… END_OF_DOCUMENT_TOKEN_TO_BE_REPLACED

Romania recorded the highest road deaths in the EU also last year, with 96 deaths per one million inhabitants in 2018, almost double the EU… END_OF_DOCUMENT_TOKEN_TO_BE_REPLACED

Sorina Pintea announced on Thursday further new changes that will be brought to the functioning of the health care system, including new rules for employment… END_OF_DOCUMENT_TOKEN_TO_BE_REPLACED

The new order on approval and selection procedures for insolvency practitioners is an important step to a very good direction, industry experts say. ANAF is… END_OF_DOCUMENT_TOKEN_TO_BE_REPLACED

Romania lost to Estonia in the final vote to get the non-permanent member position within the UN Security Council for the period 2020-2021. On Friday,… END_OF_DOCUMENT_TOKEN_TO_BE_REPLACED

eMAG hopes to get the opinion of the Hungarian Competition Council over the next two months for the acquisition of Extreme Digital, the market leader… END_OF_DOCUMENT_TOKEN_TO_BE_REPLACED