The general consolidated budget registered for the first four months of the current year a deficit of almost RON27 billion, equivalent to 2.48% of GDP… END_OF_DOCUMENT_TOKEN_TO_BE_REPLACED

Covid is a curse which helps the Romanian economy: it opens no new roads for us but closes the old ones and forces us to… END_OF_DOCUMENT_TOKEN_TO_BE_REPLACED

According to the data communicated by the NIS, in January 2020, Romania registered a new decrease in monthly industrial production, by -2.4% in gross series… END_OF_DOCUMENT_TOKEN_TO_BE_REPLACED

Dacia-Renault presented its “show car” Dacia Spring, “which prefigures the first 100% electric model of this brand” and will enter series production in 2021, according… END_OF_DOCUMENT_TOKEN_TO_BE_REPLACED

With current data and based on the legislation already adopted, Romania’s public debt is forecasted to reach 91.2% of GDP, according to the analysis of… END_OF_DOCUMENT_TOKEN_TO_BE_REPLACED

A (big) problem of the convergence with EU: Mentality of governance. Some units of measurement 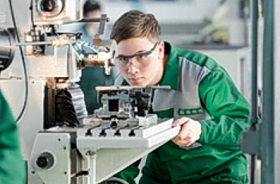 The convergence with the Western Europe means more than just the growth that would cancel gaps in terms of standards of living but keep us on the current coordinates in terms of customs and mentalities.

Two Eurostat statistics reports illustrate the differences of approach between us and the world that is more civilized.

Meaning that it is about the “measurable” mentality.

Where nothing is, the King must lose his right

The poor quality of the services that the state provides in all areas where it is involved, from the public healthcare to the administration is widely acknowledged. Unfortunately, nobody is willing to assume the task of bringing public expenditure to the European level, to create at least the premise of getting public benefits at the European level.

If comparing our figures to the figures that Eurostat centralizes and processes, it can be relatively easy to see that from the start, given the option of spending money as share of GDP, we cannot even expect a miracle in these areas, especially that most of them are even below the overall percentage of expenditure (see table).

In other words, to align ourselves to the European standards (that also count in, for the total average, our former colleagues from the socialist bloc, now colleagues within the capitalist bloc) we might need to increase the expenditure by about 50% from the current level. Implicitly, the revenues of the state budgets would also go up by about 50%.

Let us all have everything/And no quality in anything

What does mentality have to do with low taxation from the perspective of the European practice, but against the gilded and pretentious backdrop of the social protection claims using nobody knows whose money?

In terms of living standards, we have the best explanation for the situation in which we find ourselves. It is an area where we excel, as we are simultaneously the first and the last among the EU citizens.

We can see that we have a very low-grade housing area, as our average is less than half of the EU average and less than one-third of the record level from Cyprus. But the funniest part is related to the washing facilities from our own homes. From this perspective, we are by far the most embarrassing nation from the EU and it is pointless to get mad on the names by which some less kind neighbours of ours call us.

It is in vain to have lots of property houses if we are unable to also ensure minimum hygiene facilities at hand for ourselves. That, unlike the Germans, for whom the basic rule is the washing, not the property. The property is an abstract concept, but the possibility to take a shower is as tangible as possible.

Ideal is not about extremes

As long as we do not have the practical sense of understanding the finality of an action, in a system of organization that would at least aim to reach an optimum balance between money spent and results, we shall always keep wondering why we do not have proper conditions in the underfinanced hospitals, where we get infected by the already presumed lack of hygiene, with devastating effects for the entire community.

Optimal means to keep a permanent balance between spending and benefits obtained. The amounts spent should not be the smallest and the dreamed benefits the biggest, as that is simply impossible.

As neither at home, in most cases, we buy the cheapest salami or the cheapest car, to lament afterwards that we do not like the taste or the comfort, nor in finance can we have both low tax and the best public services in the same time.

Romania imported an amount of electricity of almost 796 GWh in the first month of this year, by more than 36% above what it exported… END_OF_DOCUMENT_TOKEN_TO_BE_REPLACED

GFG Alliance has committed to invest one billion euros to upgrade Galati steel plant in order to reduce emissions and increase production. Another EUR 1… END_OF_DOCUMENT_TOKEN_TO_BE_REPLACED

The Transport Ministry, as the Intermediate Body in Transport, approved the financing request for the project "Construction of Sibiu - Pitesti highway", Sections 1, 4… END_OF_DOCUMENT_TOKEN_TO_BE_REPLACED

Lack of trust in authorities, corruption and low living standards are the main reasons why young people leave Romania. The data is part of a… END_OF_DOCUMENT_TOKEN_TO_BE_REPLACED

Romania is the EU country with the fewest cars in terms of the number of inhabitants, according to data recently published by Eurostat. We appear… END_OF_DOCUMENT_TOKEN_TO_BE_REPLACED

The Government is preparing the public for the first measures aimed at avoiding the budget slippage, which would be applied by the PSD-ALDE government. News… END_OF_DOCUMENT_TOKEN_TO_BE_REPLACED

French Prosecutor Jean-Francois Bohnert will be appointed as head of the European Financial Prosecutor's Office, a position for which he was heard on Thursday, 11… END_OF_DOCUMENT_TOKEN_TO_BE_REPLACED

Romania recorded the highest road deaths in the EU also last year, with 96 deaths per one million inhabitants in 2018, almost double the EU… END_OF_DOCUMENT_TOKEN_TO_BE_REPLACED

Sorina Pintea announced on Thursday further new changes that will be brought to the functioning of the health care system, including new rules for employment… END_OF_DOCUMENT_TOKEN_TO_BE_REPLACED

The new order on approval and selection procedures for insolvency practitioners is an important step to a very good direction, industry experts say. ANAF is… END_OF_DOCUMENT_TOKEN_TO_BE_REPLACED

Romania lost to Estonia in the final vote to get the non-permanent member position within the UN Security Council for the period 2020-2021. On Friday,… END_OF_DOCUMENT_TOKEN_TO_BE_REPLACED

eMAG hopes to get the opinion of the Hungarian Competition Council over the next two months for the acquisition of Extreme Digital, the market leader… END_OF_DOCUMENT_TOKEN_TO_BE_REPLACED