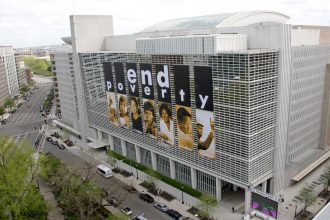 Romania’s economy could grow by 5.1% in 2018, according to the World Bank summer forecast.

The estimate has been improved by 0.6 percentage points above the rate forecasted in January on the occasion of the publication of June edition of the Global Economic Outlook report.

The World Bank warns, though, on the rising inflation, increasing current account deficit and the continuation of the pro-cyclical policies.

Romania is mentioned among countries that have moved to more severe measures as a result of „price and wage increasing pressures, in the context of increasing oil prices. The trend is also reported in Turkey, Georgia, Pakistan and the Philippines.

„Inflation expectations lead to an increase in the largest countries in Central Europe, such as Bulgaria, Croatia, Hungary, Poland and Romania, as well as in Turkey,” the report said.

Romania is also mentioned along with Turkey for „substantial current account deficits” that have either worsened or remain high, in the context of rising oil prices and a robust import growth.”

However, „policies continue to be pro-cyclical for some of the goods importers such as Romania and Turkey.”

The financing of the current account deficit is considered volatile due to a portfolio of investors that can withdraw at any moment from Romania, as well as from Georgia, Kazakhstan, the Kyrgyz Republic, Turkey and Ukraine.

The World Bank also warns that „a disorderly tightening of global financial market conditions, combined with a continued appreciation of the dollar, could trigger a deep deterioration of external financing opportunities.”

At the same time, currency pressures could intensify, according to the report.

Romania is included in the World Bank’s report in the Europe and Central Asia region, where the institution anticipates a moderation in the economic advance to 3.2% in 2018 and 3.1% in 2019, as the modest recovery of the exporting countries will be partially reduced by the slowdown occurred in the importing states.

At the global level, the World Bank maintained the economic growth estimations at 3.1% for this year, 3% in 2019 and 2.9% in 2020 and stated that the slight slowdown will be driven by a slower advance in developed economies and the capping of the recovery in emerging goods exporting countries.