The implementation of the consolidated budget in the first five months of 2020 registered a deficit of RON 38.8 billion (3.59% of GDP), of which… END_OF_DOCUMENT_TOKEN_TO_BE_REPLACED

Romania remains the weakest innovator in the EU, with a score in last year’s indicator ranking at only 31.6% of the EU’s average performance, according… END_OF_DOCUMENT_TOKEN_TO_BE_REPLACED

According to March 2020 data, the EC Convergence Report for Romania points out that the long-term interest rate for convergence purposes was 1.5 percentage points… END_OF_DOCUMENT_TOKEN_TO_BE_REPLACED

The European Commission is doubling its efforts to show that Europe has learned the lessons of the past and will avoid now, after the “Great… END_OF_DOCUMENT_TOKEN_TO_BE_REPLACED

Rating agency Standard & Poor’s has confirmed the ratings for Romania at ‘BBB minus / A-3’ and maintained the negative outlook. This rating maintains Romania… END_OF_DOCUMENT_TOKEN_TO_BE_REPLACED

Wonderful world of salaries and pensions in the next 4 years: “we have a problem!” 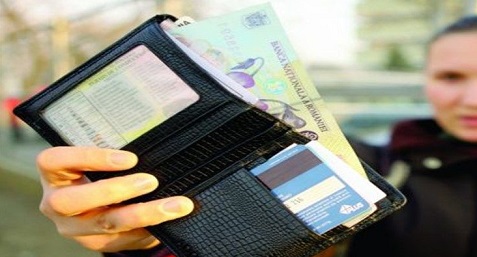 The Minister of Labour Lia Olguta Vasilescu confirmed last week in a TV show that the pension and salary increases will apply in the next four years exactly as they are written in the electoral leaflet of the main governing party.

If applied as they have been presented, a major issue for the Romanian economy is worryingly taking shape: the sustainability of the pension system.

To simplify the understanding of the figures presented, we have made an annual breakdown of the progress of pensions and salaries, so that we can compare the clearly different growth rates and the different time horizons of the measures envisioned. We should note that the topic of the SF pension growth of 27% in 2021 (+ 104% compared to 2016!), although existing in the program, has not been explained.

In summary, we are dealing with benefits that the states created for pensioners on the grounds of generally presumed needs (over five million pensions increase, regardless of their size and other over two million contributions to the public healthcare system are eliminated, besides the already existing deductions, and not for people with low incomes) – see table below.

Also for the employees with the national minimum wage (number of employees benefiting from the increase of the minimum wage to 1,450 lei, as of 1 February 2017, is 1,269,259) and the public-sector employees (whose productivity is hardly quantifiable), for whom there have been multiple increases announced, leading to an extreme + 44% in just two years, as an average for the public sector and a maximum of EUR 3,600 per month (for now, only 16,200 lei) for the doctors from the emergency units.

What shall we do basically, given that the annual deficit of the pension system has already reached over four billion euros and the dependency ratio is going to quickly deteriorate once the generation of the decree children from late 1960s will retire?

Well, we increase salaries at a presumed rate of around 40% and increase pensions by 60% (see table below).

Under the announced government program, the national gross wage growth would systematically fall behind the pension increase, except for the inconsistent and unexplained 2018, when would be both anyway twice the officially forecasted economic growth.

The effect on the pension system deficit is to be counted in some more billion euros annual deficit, covered no one knows how (what about the rapid growth of public debt?).

Moreover, the average wage in the economy, with the private sector inevitably being the main budget source, appears to be strongly unbalanced and favouring the public-sector employees, as we can see by comparing the overall evolution of the gross average wage with the public system. Where we shall encounter in 2018 a two-fold increase compared to the national level (+ 20% compared to + 10%).

Although the analysis does not venture beyond 2019 (an interesting annual breakdown giving a perspective on more years for retirees and fewer years for employees), we can quantify the private sector – public sector increase score for the three years between 2017 and 2019 at about 26% – 56% (if you find it hard to believe, try a simple equation based on the number of employees in each sector and the increases already announced).

Even if all could be “well and good”, how could Romania generate a productivity growth in the private sector of 26% in three years? And even if the country succeeded such a miracle, how could it reach + 56% in three years for employees and + 60% in four years or + 104% in five years for pensioners without increasing the taxes applied to this sector?

In this flurry of questionable benefits put on paper, something would still be missing. What the pension and wage REAL growth would be (against a background of price and exchange rate stability), namely the purchasing power they provide.

If a real GDP growth of about 20% in four years supports real wages 40% higher and real pensions 60% higher, Nobel Prize for economics will be waiting for a winner from Romania at the beginning of the next decade. The pension system will be anyway “burnt out” then and the current taxpayers will feel unhappy about not having been born earlier.

Nuclearelectrica's Board of Directors has been mandated to initiate proceedings to terminate negotiations with China General Nuclear Power Group (CGN), as well as legal effects… END_OF_DOCUMENT_TOKEN_TO_BE_REPLACED

Romania imported an amount of electricity of almost 796 GWh in the first month of this year, by more than 36% above what it exported… END_OF_DOCUMENT_TOKEN_TO_BE_REPLACED

GFG Alliance has committed to invest one billion euros to upgrade Galati steel plant in order to reduce emissions and increase production. Another EUR 1… END_OF_DOCUMENT_TOKEN_TO_BE_REPLACED

The Transport Ministry, as the Intermediate Body in Transport, approved the financing request for the project "Construction of Sibiu - Pitesti highway", Sections 1, 4… END_OF_DOCUMENT_TOKEN_TO_BE_REPLACED

Lack of trust in authorities, corruption and low living standards are the main reasons why young people leave Romania. The data is part of a… END_OF_DOCUMENT_TOKEN_TO_BE_REPLACED

Romania is the EU country with the fewest cars in terms of the number of inhabitants, according to data recently published by Eurostat. We appear… END_OF_DOCUMENT_TOKEN_TO_BE_REPLACED

The Government is preparing the public for the first measures aimed at avoiding the budget slippage, which would be applied by the PSD-ALDE government. News… END_OF_DOCUMENT_TOKEN_TO_BE_REPLACED

French Prosecutor Jean-Francois Bohnert will be appointed as head of the European Financial Prosecutor's Office, a position for which he was heard on Thursday, 11… END_OF_DOCUMENT_TOKEN_TO_BE_REPLACED

Romania recorded the highest road deaths in the EU also last year, with 96 deaths per one million inhabitants in 2018, almost double the EU… END_OF_DOCUMENT_TOKEN_TO_BE_REPLACED

Sorina Pintea announced on Thursday further new changes that will be brought to the functioning of the health care system, including new rules for employment… END_OF_DOCUMENT_TOKEN_TO_BE_REPLACED

The new order on approval and selection procedures for insolvency practitioners is an important step to a very good direction, industry experts say. ANAF is… END_OF_DOCUMENT_TOKEN_TO_BE_REPLACED

Romania lost to Estonia in the final vote to get the non-permanent member position within the UN Security Council for the period 2020-2021. On Friday,… END_OF_DOCUMENT_TOKEN_TO_BE_REPLACED

eMAG hopes to get the opinion of the Hungarian Competition Council over the next two months for the acquisition of Extreme Digital, the market leader… END_OF_DOCUMENT_TOKEN_TO_BE_REPLACED