The Ministry of Public Finance (MFP) proposes to regulate a simplified alternative procedure for granting a payment rescheduling of up to 12 months, for the… END_OF_DOCUMENT_TOKEN_TO_BE_REPLACED

Romania’s economy will contract by 4.8% of GDP this year, according to the revised forecast of the International Monetary Fund (IMF), a slightly more optimistic… END_OF_DOCUMENT_TOKEN_TO_BE_REPLACED

The balance of Romania’s direct investments abroad amounted to EUR 324 million in 2019, according to data published on Wednesday by the National Bank of… END_OF_DOCUMENT_TOKEN_TO_BE_REPLACED

Valentin Lazea – Chief economist of BNR / EU problems and problems of “Hard core” group: With calm, on “White paper on the future of Europe” 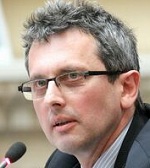 As expected, the publication, on 1 March 2017, of the “White Paper on the future of Europe” signed by the European Commission President, Jean – Claude Juncker, has sparked much debate. Unfortunately, most standpoints in the Romanian public space express fear and indignation against the perspective of creating a two-speed Europe and prove they ignore some fundamental things.

First, they do not understand that the fate of the European Union is the one at stake, not Romania’s fate. The first two scenarios proposed (Scenario 1 – status quo and Scenario 2 – limiting the EU’s role to that of a single market) are paths toward a slow, but a certain dissolution of this organization.

Or, with a weakened or endangered European Union, Romania will survive but it will be neither prosperous, nor democratic, nor free. Therefore, it might be the case (paraphrasing a famous American president) to ask ourselves not what Europe can do for us but what we can do for Europe.

In this case, the solution is the persevering effort of every state to meet the requirements (in real life, not on paper), to be part of all the “clubs” above. And the other part of the solution is to ban exemptions: if a qualified majority of the EU member states go so far as to adopt a policy (be it bad, such as the European financial transaction tax), it should apply to all member states. Even if people in a state decide by vote against a policy, the national democracy should follow the Community democracy. In other words, the vote of 5, 10, 20 or 50 million people is weaker than the vote of 250 million (or whatever the qualified majority at the EU level).

Third, a Europe with a hard core group (Scenario 3) does not close the doors to anyone. And the fact that a group of countries do more together than the rest should become an example and an opportunity to stimulate those countries outside the core group, not a reason for neglect, as interpreted here, locally.

In fact, the fundamental choice that Europe must make now is between increasing the internal cohesion and increasing diversity. There is a growing tension between these two concepts, fuelled by the fact that the challenges facing Europe on the ground are increasingly diverse: immigration (relevant especially for the south of the continent); security (in the east); environmental protection and reducing the carbon emissions (in the north), etc. From this point of view, Scenario 4 – “all states doing less (but more efficiently) together” – is risky. Who will set the priorities? How could the countries from the eastern flank impose the security as high priority? And – with a budget limited to 1 percent of the Community GDP – who will guarantee that the Cohesion Policy and the Common Agricultural Policy will continue to be financed as priority areas? That is why Scenario 4 should not be supported either by the Romanian authorities.

Problems of “the few”

Scenarios 3 and 5 remain under discussion, to ensure the survival and development of the EU, without closing the door to anyone. Actually, the gossips say that the entire White Paper exercise envisages Scenario 3 – “fewer state doing everything together,” while the other scenarios have been added as illustrative versions. But even Scenario 3 (not to mention Scenario 5 – “all states doing everything together”) will face some serious challenges:

It will be very hard to bring states sharing a common economic philosophy together in the hard core group. As Markus Brunnermeier, Harold James and Jean – Pierre Landau showed in “The Euro and the Battle of Ideas” (see my article “Next challenge for Romanian elites” on cursdeguvernare.ro), there is a large gap between the German economic philosophy (by extension – northern and central – European) of contracts that must be complied with, debts that must be paid, economic growth through structural reforms and external competitiveness as a result of efficiency, on the one hand, and the French economic philosophy (by extension – Mediterranean) of optional contracts and debts, economic growth by fiscal and monetary easing and external competitiveness by devaluation. And if such fundamental differences persist within the hard core group, we will get nothing but recurring failures of the EU, at a smaller scale.

The states from the hard core should be members – all – of the same organizations, precisely to ensure the internal cohesion of the group. But it would be very difficult for Germany to aggregate such a group, as long as Sweden and Denmark meet all the requirements, but are not members of the Eurozone or as long as Finland and Austria meet all the requirements, but are not NATO members. Again, the solution seems to be for everyone involved to accept the elimination of the exemptions and respect the Community democracy over the national democracy, which is extremely difficult to obtain (but not impossible).

Finally, the main problem, on which the very viability of the core depends – is the budget reform. It is about whether the states involved will accept a few times multiplication of the budget and some budget transfers within the hard core (which would mean for Germany to treat the Swedish provinces in the same way as the German provinces) or the exercise will be doomed. With a budget of only 1 percent of GDP allocated in a rather “piecemeal” manner not much can be done even within the hard core.

In conclusion, the challenges and uncertainties that impede the progress of the European Union are considerable (yet not insurmountable). It is up to us to prove solidarity towards the European project and not to obstruct it by parochial type of claims.

Luca de Meo (foto), the new general manager (CEO) of Renault group, considers that Dacia project proved to be a miracle and that no one… END_OF_DOCUMENT_TOKEN_TO_BE_REPLACED

A former Soviet airbase in central Romania could become a hub for US Air Force operations in south-eastern Europe, where the Pentagon is seeking to… END_OF_DOCUMENT_TOKEN_TO_BE_REPLACED

Nuclearelectrica's Board of Directors has been mandated to initiate proceedings to terminate negotiations with China General Nuclear Power Group (CGN), as well as legal effects… END_OF_DOCUMENT_TOKEN_TO_BE_REPLACED

Romania imported an amount of electricity of almost 796 GWh in the first month of this year, by more than 36% above what it exported… END_OF_DOCUMENT_TOKEN_TO_BE_REPLACED

GFG Alliance has committed to invest one billion euros to upgrade Galati steel plant in order to reduce emissions and increase production. Another EUR 1… END_OF_DOCUMENT_TOKEN_TO_BE_REPLACED

The Transport Ministry, as the Intermediate Body in Transport, approved the financing request for the project "Construction of Sibiu - Pitesti highway", Sections 1, 4… END_OF_DOCUMENT_TOKEN_TO_BE_REPLACED

Lack of trust in authorities, corruption and low living standards are the main reasons why young people leave Romania. The data is part of a… END_OF_DOCUMENT_TOKEN_TO_BE_REPLACED

Romania is the EU country with the fewest cars in terms of the number of inhabitants, according to data recently published by Eurostat. We appear… END_OF_DOCUMENT_TOKEN_TO_BE_REPLACED

The Government is preparing the public for the first measures aimed at avoiding the budget slippage, which would be applied by the PSD-ALDE government. News… END_OF_DOCUMENT_TOKEN_TO_BE_REPLACED

French Prosecutor Jean-Francois Bohnert will be appointed as head of the European Financial Prosecutor's Office, a position for which he was heard on Thursday, 11… END_OF_DOCUMENT_TOKEN_TO_BE_REPLACED

Romania recorded the highest road deaths in the EU also last year, with 96 deaths per one million inhabitants in 2018, almost double the EU… END_OF_DOCUMENT_TOKEN_TO_BE_REPLACED

Sorina Pintea announced on Thursday further new changes that will be brought to the functioning of the health care system, including new rules for employment… END_OF_DOCUMENT_TOKEN_TO_BE_REPLACED

The new order on approval and selection procedures for insolvency practitioners is an important step to a very good direction, industry experts say. ANAF is… END_OF_DOCUMENT_TOKEN_TO_BE_REPLACED