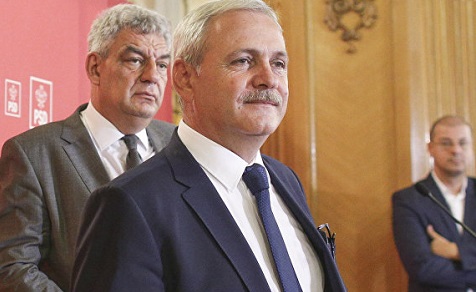 Eight months after the initial announcement on the establishment of a Sovereign Development and Investment Fund – a measure included in the government program adopted by the Parliament in January 2017 – the Ministry of Finance launched on Wednesday evening a draft law on its establishment for public debate.

According to the official documents, Romanian state will be the sole shareholder of FSDI and will exercise its shareholder status through the Ministry of Public Finance.

The share capital subscribed at the date of the fund’s establishment consists of an in-kind contribution represented by the shares of some companies where the state is a shareholder and a cash contribution of ROL 1.85 billion.

To be specified: The list of state companies that will be transferred to the FSDI portfolio has not been published by the Ministry of Finance as this list is very likely to be subject of intense negotiations.

According to the Ministry of Finance’s timetable, the fund is set to become operational in 2019.

The only list available with companies in the FSDI portfolio is in a draft law that cursdeguvernare.ro published in July 2017, shortly after it had been discussed by the government in the first reading.

According to that document, FSDI will „swallow” 27 companies in which the state owns minority or majority shareholdings with an accounting value of about ROL 45 billion (EUR 10 billion euros). These companies would be:

Most suspect issue: FSDI can sell shares from portfolio

FSDI aims both to develop and finance from own and attracted funds, cost-effective and sustainable investment projects in various economic sectors through direct participation or other investment funds or investment companies, either alone or together with other institutional or private investors and manage its own financial assets to obtain profit.

(Download HERE the draft of the FSDI’s articles of association)

To exercise its main scope of business, FSDI can:

Management structure: How could it become PSD’s Sovereign Fund

FSDI would be managed in a dual system by an Executive Board of seven members under the supervision of a Supervisory Board that would include nine members.

The idea of the Sovereign Development and Investment Fund is part of the PSD government program voted by the Parliament, which is also the main argument which supports the FSDI’s establishment, in the explanatory memorandum accompanying the draft.

„We estimate that EUR 10 billion will come into Romania’s economy in the next four years through FSDI. The fund will lead, among other things, to the establishment of many manufacturing units in agriculture and industry, but also to the capitalization of companies such as Tarom, CFR, Santierul Naval Constanta, CEC, Nuclearelectrica so that they can expand their activity or, where necessary, acquire new capabilities: fleet of planes, ships, train sets. The largest investments of the FSDI over the next four years will be made in health, through the construction of a republican hospital and eight regional hospitals. The total amount funded by FSDI is estimated at EUR 3.5 billion,” the PSD Program mentions.

Liviu Dragnea also spoke about the involvement of the Fund in the development of road infrastructure.

To be specified: this type of projects could be implemented with EU funds – European Commissioner Corina Cretu repeatedly complaining in the past that she is waiting for the projects for financing the regional hospitals and the Transportation Master Plan is just waiting for projects to start.

Economy Minister Mihai Fifor said, for example, that Pitesti-Sibiu Highway, with European funding ensured, will still be built with the FSDI money.

Important: The draft does not present any clear investment strategy to be pursued by the Fund.

The draft articles of association only contain the following mentions:

Draft can be blocked at the European Commission level

In the explanatory memorandum, the Government makes two statements that are not fully covered:

These categorical statements are threatened by an elliptical statement made by Prime Minister Mihai Tudose on Tuesday evening at Romania TV.

„The Ministry of Finance has taken steps for obtaining approval at Brussels. We are talking about Brussels in general, about all the financial institutions there. We are waiting for the answer. The term is about 60 days. It is a mandatory condition because otherwise, they place us under the deficit. But we will not sit around waiting for the answer from Brussels. In September, we shall have a discussion with our colleagues and at the political level, with the party, and shall submit it to the Parliament,” said Mihai Tudose, quoted by News.ro.

What should be noted in this statement is:

„Brussels” does not approve any draft law of any member state, so the Romanian authorities should have pursued another objective by sending the document to Brussels.

The reasons behind might be two, at first sight:

Any opposite opinion issued by the European institutions may block the project imposed by the PSD-ALDE alliance.

Aurelian Dochia: It looks like a state aid, a little…

„Any use of public funds can be analysed from the state aid perspective, which can generate strong reactions from the European Commission. I believe the Prime Minister’s statement can be understood as an assurance that this will not happen. Basically, the Fund will use the money from the companies in its portfolio and the money provided by the Ministry of Finance to invest in other state-owned companies, which sounds a little like state aid,” says economist Aurelian Dochia.

„There are plenty of sensitive points in this draft, including a governance issue, both for the companies from the portfolio, but especially for the Fund,” says Aurelian Dochia.

Mircea Cosea: If you give up the European way of promoting policies, sure you can do what you want 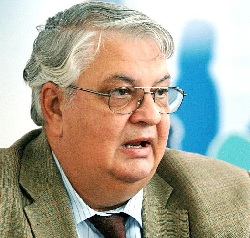 Professor Mircea Cosea, a declared adversary of this project as he himself acknowledges, raises a question of principle: „I understand that – money from the budget is transferred to account, the Fund’s one, so someone else will control the money. Here is something that is not right. Why should someone take money from the budget and decide on their own what investments they make? If we talk about investments, what prevents us from making them directly with transparent budget allocations? Why do we need a fund to do that?”

In addition, Mircea Cosea says: „The real funds are established in countries that have oil resources, Norway, for example, or register a significant trade surplus, such as China. By definition, a fund is established with money that remains to the state, by no means from a deficit. I stick to the idea that FSDI is not what it should be. Sure, if you give up the European way of promoting policies, if you give up treaties, then you can do what you want …”