Romania’s big re-launch plan for the next decade places transport infrastructure at the centre of investments, with an allocation of 60% of the total amount.… END_OF_DOCUMENT_TOKEN_TO_BE_REPLACED

The general consolidated budget registered in the first half of the current year a deficit of about RON 45 billion, equivalent to 4.2% of the… END_OF_DOCUMENT_TOKEN_TO_BE_REPLACED

At the European level, there is an agreement to introduce a “modest” tax on disposable plastic, a first source of income to support the repayment… END_OF_DOCUMENT_TOKEN_TO_BE_REPLACED

Long-term interest rate for Romania fell by almost one percentage point in just two months, according to data released by Eurostat. After increasing up to… END_OF_DOCUMENT_TOKEN_TO_BE_REPLACED

Shareholder Government will go beyond its plan for 2018 revenues from company dividends: 3.5 billion 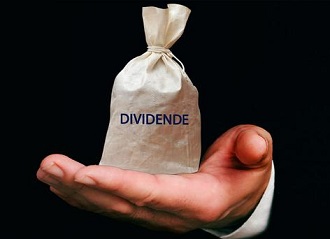 The season of dividends starts also in 2018 strongly stimulated by the government memorandum that forces state-owned companies to allocate “at least” 90% of their 2017 profits to dividends.

On the other hand, energy companies have investment plans of hundreds of millions of euros.

Only the amount representing the dividends from the 2017 profits to be received by the Government from the largest companies where it is a shareholder will exceed 3.53 billion lei, according to the calculations of cursdeguvernare.ro, based on the preliminary results of the companies and on brokers’ estimations.

The amount is comparable to what was collected last year, which also includes the so-called “special dividends” generated from reserves.

The state budget in 2018 provided for over RON 3,593 million in dividend revenues, very close to the estimation above, based on the results reported by companies in the first three quarters of 2017.

To dividends from last year’s profits it could be added, the same as in 2017, other levies from companies’ own funds, although much of the profits stated in previous years have already been written off because of the Government’s hunger for money.

Energy companies, which provide most of the state dividend revenues, have high investment needs.

Romgaz (SNG), for example, will continue to develop the exploration project in north-eastern Muntenia (Caragele), to which EUR 100 million will be allocated, for investments in new wells, said the company’s General Manager in November last year.

Transgaz (TGN) borrowed last week EUR 60 million from the EBRD for the construction of a segment of the trans-European BRUA pipeline. The total investment in BRUA is estimated at EUR 480 million, of which almost EUR 180 million are European funds.

Transelectrica (TEL) also gets indebted for investment. “The net financial result in the period January-December 2017 was negative, of RON 21 million, due to the evolution of the position corresponding to other financial revenues influenced by the exchange rate of the domestic currency related to foreign currencies (euro and dollar) in which the company obtained bank loans to finance investment programs,” says the 2017 preliminary report.

Companies listed on the Stock Exchange are, overall, careful about maintaining investors’ interest and prices of their shares at the highest levels, according to the stock market analysts. On the other hand, the energy companies’ investment projects require hundreds of millions of euros.

State-owned companies should be assessed on a case-by-case basis to determine what share of their profits will go to dividends, according to Razvan Nicolescu (foto), a senior expert at Deloitte and former Energy Minister.

“Every company is a case. Sometimes you can take 100%, sometimes you cannot take anything. You need to look at the company’s indebtedness, its investment plans, whether its indebtedness allows loan contracting. As a rule, any percentage is wrong,” the expert said, quoted by Agerpres.

Previously, the Energy Minister Anton Anton had declared that 90% of the companies’ profits would go to the state budget and from there would return to companies for investment. Minister’s argument: companies have not spent the money.

“If I had found that the companies where we are shareholders had made investments from the money they earned, I would have been disturbed by the fact that the profit disappears. But after seeing that the companies have collected the money in their treasury, boasting that they have some reserves, the fact that these reserves go, and I emphasize that, do not go investor’s pockets as dividends but to the national budget and return to the national investment budget, I believe this is about a faster movement of money and maybe this will make investments more efficient and the number of investments will increase,” Anton Anton said.

Romania could repeat the record of 2017, when it ranked first in a global ranking of frontier markets, with yields exceeding 40% in dollars in the first half of the year.

In 2018 as well, the BET TR index of the Bucharest Stock Exchange (BSE) approaches the peak of the last five years. The index is of a “total return” type because it “reflects both the evolution of the prices of the companies it includes (13 most important and most liquid shares on BSE, editor’s note) and the dividends they pay” according to its statute.

The big state-owned energy companies have a share of over 27% in the BET TR portfolio, and they will also pay the most substantial dividends.

The yields on dividends of the most popular shares on the BSE are more than promising. The dividend “dictatorship” continues on the BSE: it will remain in power in 2018 as well,” write analysts with Prime Transaction investment company. 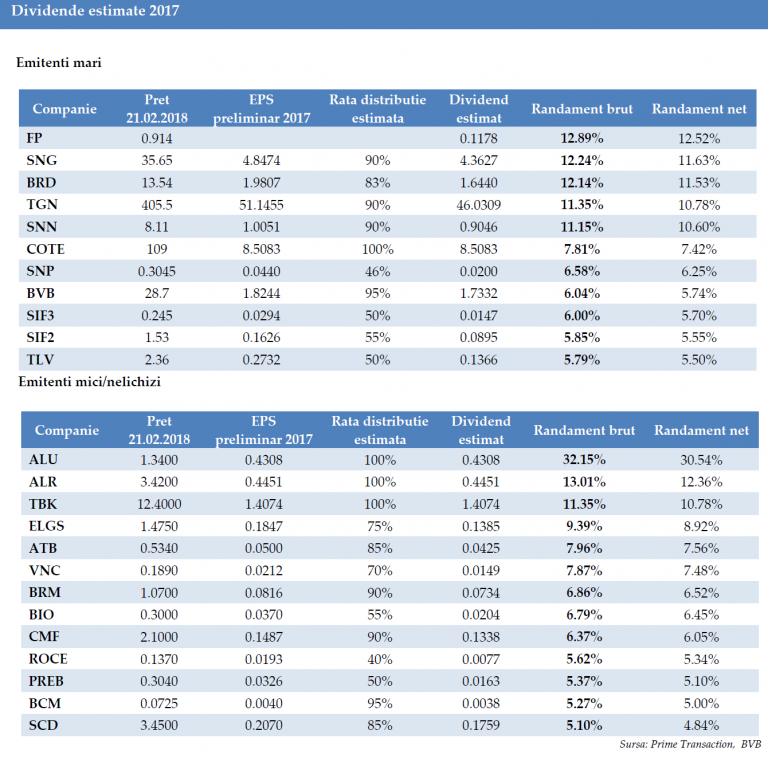 Luca de Meo (foto), the new general manager (CEO) of Renault group, considers that Dacia project proved to be a miracle and that no one… END_OF_DOCUMENT_TOKEN_TO_BE_REPLACED

A former Soviet airbase in central Romania could become a hub for US Air Force operations in south-eastern Europe, where the Pentagon is seeking to… END_OF_DOCUMENT_TOKEN_TO_BE_REPLACED

Nuclearelectrica's Board of Directors has been mandated to initiate proceedings to terminate negotiations with China General Nuclear Power Group (CGN), as well as legal effects… END_OF_DOCUMENT_TOKEN_TO_BE_REPLACED

Romania imported an amount of electricity of almost 796 GWh in the first month of this year, by more than 36% above what it exported… END_OF_DOCUMENT_TOKEN_TO_BE_REPLACED

GFG Alliance has committed to invest one billion euros to upgrade Galati steel plant in order to reduce emissions and increase production. Another EUR 1… END_OF_DOCUMENT_TOKEN_TO_BE_REPLACED

The Transport Ministry, as the Intermediate Body in Transport, approved the financing request for the project "Construction of Sibiu - Pitesti highway", Sections 1, 4… END_OF_DOCUMENT_TOKEN_TO_BE_REPLACED

Lack of trust in authorities, corruption and low living standards are the main reasons why young people leave Romania. The data is part of a… END_OF_DOCUMENT_TOKEN_TO_BE_REPLACED

Romania is the EU country with the fewest cars in terms of the number of inhabitants, according to data recently published by Eurostat. We appear… END_OF_DOCUMENT_TOKEN_TO_BE_REPLACED

The Government is preparing the public for the first measures aimed at avoiding the budget slippage, which would be applied by the PSD-ALDE government. News… END_OF_DOCUMENT_TOKEN_TO_BE_REPLACED

French Prosecutor Jean-Francois Bohnert will be appointed as head of the European Financial Prosecutor's Office, a position for which he was heard on Thursday, 11… END_OF_DOCUMENT_TOKEN_TO_BE_REPLACED

Romania recorded the highest road deaths in the EU also last year, with 96 deaths per one million inhabitants in 2018, almost double the EU… END_OF_DOCUMENT_TOKEN_TO_BE_REPLACED

Sorina Pintea announced on Thursday further new changes that will be brought to the functioning of the health care system, including new rules for employment… END_OF_DOCUMENT_TOKEN_TO_BE_REPLACED

The new order on approval and selection procedures for insolvency practitioners is an important step to a very good direction, industry experts say. ANAF is… END_OF_DOCUMENT_TOKEN_TO_BE_REPLACED