Romania’s financial balances – in contradiction with states in our region. Growth – at the cost of leu depreciation and appreciation 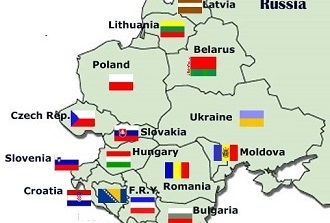 Romania has a discordant note with the other Central and Eastern European countries (CEE) regarding the economic growth strength in terms of macroeconomic balances.

Economic growth in the CEE „maintains strong” in the first quarter of 2018, although the pace seems to have slowed. But in Romania, the price is the depreciation and appreciation of the national currency, in the context of the balance deterioration, according to several reports analysed by cursdeguvernare.ro.

Unlike the economies in the region, where „inflation has tempered”, in our case, it has amplified (4.7% y/y in February), Capital Economics notices in an analysis published Monday.

In the same line of thought, Poland’s current account deficit will be minor (-0.3%), according to Erste Group Research (EGR) estimates, also published on Monday. 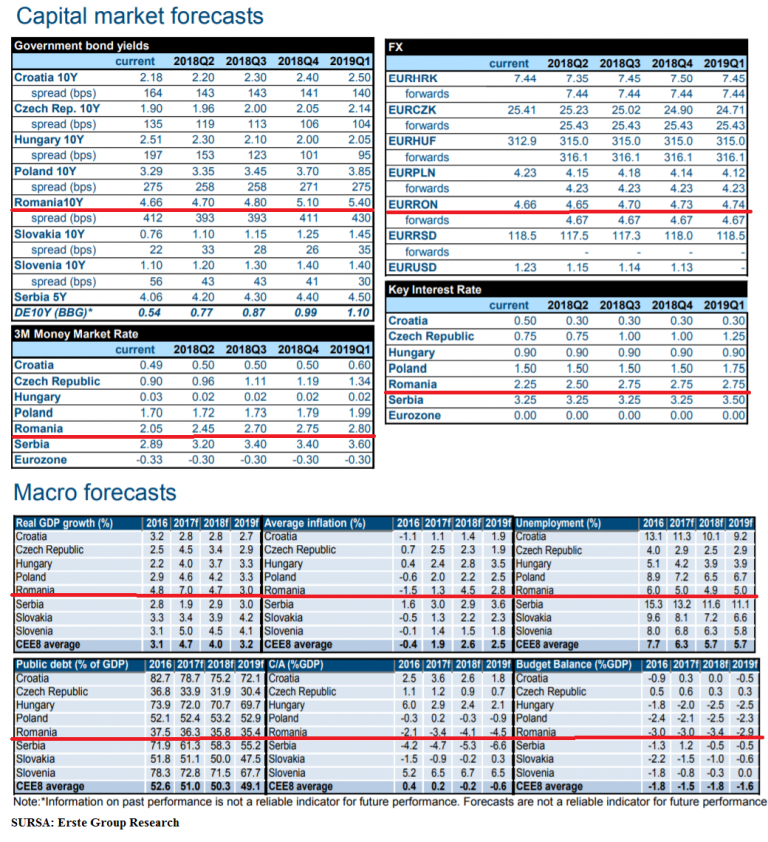 Banca Transilvania’s „Central Macroeconomic Scenario” proposes estimates of the current account deficit over the next three years of -3.9%, -4.2% and -4.3% in 2020.

Consequently, except for Romania, in the other CEE countries, central banks „do not seem to hurry to raise the policy rates,” according to Capital Economics.

„With a government that is reluctant towards the alternative of fiscal policy tightening, the National Bank of Romania (BNR) has a lot of work to do to weaken the domestic demand. We expect for BNR to raise the benchmark interest rate by 150 percentage points (pp) this year, to 3.75%,” and „by 50 pp at the next monetary policy session, on April 4th,” said Capital Economics analysts.

In contrast, the money market in the other CEE countries will be much calmer, with no interest rate increases foreseen until the first quarter of the next year and only in Poland and the Czech Republic, according to the EGR analysis.

All these will translate into the cost increase for financing the budget deficit.

„The accumulation of challenges for the internal macro-financial stability will contribute to the increase of interest rates on 10-year government bonds (a barometer for the economy funding cost) to average values of 5% in 2018, 5.4% in 2019 and 4.7% in 2020,” writes Andrei Radulescu, Macroeconomic Analysis Director of Banca Transilvania.

Another effect of the deterioration of Romania’s macroeconomic balances is the Romanian leu depreciation, unlike the Hungarian, Polish and Czech currencies, from which a remarkable stability of the exchange rates against the euro is expected.

EGR sees the leu exchange rate having a gradual depreciation to 4.74 lei/euro by this time next year.

At the same time, the Czech crown and the Polish zloty could appreciate, the Hungarian forint could remain at its current value, and the Croatian kuna will successfully overcome a depreciation, which will end before the start of next year. 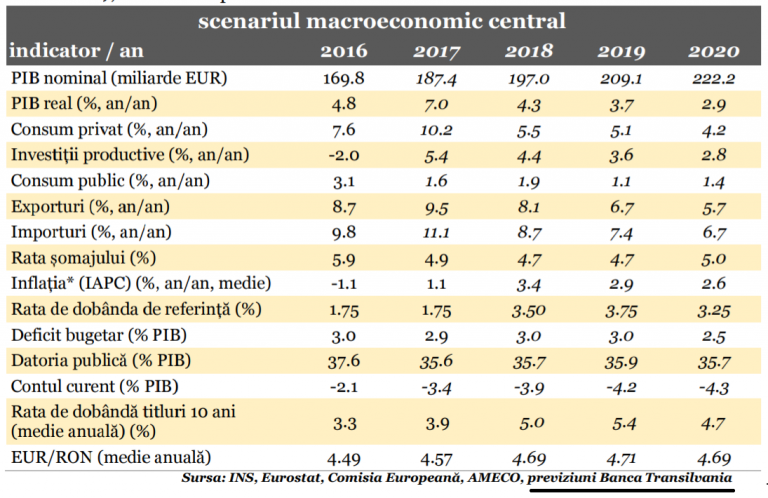 Capital Economics places Romania not only in the category of emerging economies but also in the least fortunate category of border economies, whose currencies are „under pressure”, also due to the global developments marked by protectionism.

BNR announced as early as last year, following the turmoil in September in the money market, caused by the government need of money, that it changed the priority direction from the exchange rate to maintaining interest rates.

A higher exchange rate brings more money to the Treasury and, on the other hand, higher interest rates attract more foreign investors even for the government bonds issued in RON, which happened in the past days, when the inflow of hedge funds for placements in Romanian bonds pushed the exchange rate below 4.66 lei.