Romania risks infringement procedures if it does not change the share of 51% set for the Romanian products on the shelves - CursDeGuvernare.ro 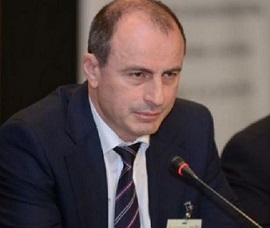 Romania risks triggering an infringement proceedings if it does not change the provision of the Law on trading food products which forces supermarkets to have 51% Romanian products derived from the short chain on the shelves, told Minister of Agriculture Achim Irimescu (foto) on Monday to Agerpres.

„It recently came an infringement warning from the European Commission on the provision relating to the 51% proportion of Romanian products from the short chain, included in the Law 150/2016 which amends Law 321/2009 on food trading. Normally, there are two options: to give up this 51% or delay the decision for some time, „said Irimescu.

He said he does not know yet the actual penalty that Romania would have to pay if does not align the EU legislation.

„I do not know now the penalty, it is hard to say, but perhaps the solution is to align the legislation. We are analysing that at present look, ” said the Minister of Agriculture.

The bill has been initiated by the PSD Senator Ovidiu Donţu and supported by the Chairman of the Chamber of Deputies’ Agriculture Committee, Nini Săpunaru (PNL). The latter ensures that the law is not contrary to the single market’s principles.

According to that article of the Law 150/2016, „the trader, being a legal entity authorized to conduct activities of food products trading, for the categories including meat, eggs, vegetables, fruits, honey, dairy and bakery, is required to purchase these products by at least 51% of the volume of the trade specific to each category of food, from the short food chain, as defined in accordance with current legislation.”

The draft Law on food products trading, according to which the big stores will be obliged to display on the shelf Romanian products derived from the short chain in a proportion of 51%, was approved in early June by the Chamber of Deputies, as decisional chamber, and promulgated in July by President Klaus Johannis.

The law will enter into force in early January 2017 and the Ministry of Agriculture must issue until then the implementing rules.