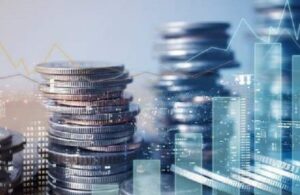 The public debt officially measured by the Ministry of Finance based on the European methodology advanced only in July 2020 almost as much as in the whole second quarter, when Romania was caught in the middle of the pandemic-induced crisis shock and the quarterly GDP decreased by 12.3% compared to the previous quarter.

The explanation for the relative increase as a public debt share of GDP (2.1 percentage points in Q2 and 2 pp. in July 2020) is not limited to the increase by about 40% of the additional monthly borrowed amounts (RON 13.5 billion compared to the monthly average of 9.7 billion in full pandemic, but also in the reduction of the reporting base by over RON 20 billion as a result of the methodology used.

According to the EU methodology, the debt share of GDP during the year was calculated by relating the balance to the total of GDPs achieved in the last four quarters. In order to obtain the new denominator for the fraction that shows us the public debt as a percentage, the result for Q2 2019 was subtracted from the GDP used for the denominator and replaced with the result for Q2 2020.

Thus, from the previous value of RON 1,072,848.4 million, we reached to RON 1,052,040.5 million. This is because, in the second quarter of the year, the GDP loss was almost RON 21 billion. This is the „updated” economic result from which various increases are shown.

This reduction in GDP in nominal terms fully contributed in July to the result of additional percentages of public debt, beyond the almost EUR 3 billion already borrowed ADDITIONALLY (compared to the money needed for the debt „rollover”) BEFORE the increase of pensions and child allowances.

In other words, if we also consider maintaining the salary increase program in the budgetary sector, available data suggest that state expenditures have been committed beyond possibilities. Hence, the resetting of the deficit limit to 8.6% of GDP. With the note that, if RON 91 billion is for sure within the negative range, it is less clear how we obtain, after a result of RON 440 billion in S1, the difference of RON 618 billion in S2, which remained to be achieved until reaching GDP of RON 1,058 billion. As a note, lower than in 2019 even in nominal terms.

So, we have come to the point where GDP is clearly going down and the expenditures committed, even if cut, are going even more visibly up. To make a bitter joke in the sports field, „either we have or don’t have the ball, we shoot at the goal„. However, at a debt of 40% of GDP and an average level of about 3.75% of interest paid (it was 3.36% on September 15th, but only the quotation to date, as the average is also calculated with the amounts already borrowed), half (1.5%) of the 3% deficit gap allowed by the Maastricht criteria is already gone on LONG-TERM.

To be clear, half of the money accepted for the deficit is ALREADY blocked by previous budgetary „feats”. Read consumption without coverage, as clearly demonstrated by the deficit of 7% – 8% recorded annually in the trade with goods. We can still make some deficit only for additional consumption, implicitly increased foreign deficit, or for investments, if we do not want to make money fly, for the benefit of other economies, but for re-launching our own economy.

Anyway, we will set the bill heavily and in the long run for future generations, who will have to pay significant percentages of GDP year after year and so on (without any tangible compensation in schools, hospitals or roads) due to the competence and character of the forefathers.

P.S. The public debt has exceeded the threshold of RON 500 billion, in the national accounts

The level of public debt officially calculated by the Ministry of Finance for July 2020 exceeded in July 2020 the threshold of RON 500 billion in the national accounts (OUG 64/2007 includes guarantees issued by central and local authorities) but the value of RON 517.6 billion was adjusted after the consolidation based on the European model to RON 444.4 billion.

It should be noted, in view of the increased needs at the local level after the transfer of competencies from the central level without a suitable counterpart in the allocation of funds, while the debt at the central administration level has increased since 2015 by two thirds, from slightly less than RON 300 billion to RON 501.9 billion in July 2020, the local debt decreased (!) from RON 16.8 billion to RON 15.9 billion, also in nominal terms.