Prime Minister Ciolos’s draft budget for 2017: realistic growth of over 4%, deficit below 3% of GDP 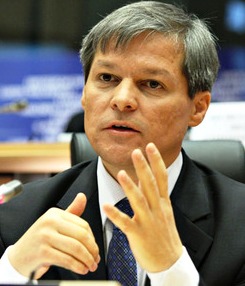 The budget draft prepared by the Ministry of Finance is based on an economic growth of over 4% and a budget deficit below 3% – figures were announced Sunday by Prime Minister Dacian Ciolos (foto) at Digi 24.

Prime Minister Ciolos announced in the autumn that the Government will not adopt and not send to the Parliament a draft budget for 2017, as the task will remain for the new government and parliament elected after December 11th.

„We continue to go with a realistic economic growth of over 4% based on our analysis and forecasts and a budget deficit below 3%. We have not considered any elements or laws passed by the Parliament that are not yet in place or are challenged on the Romanian Court of Accounts,” said Prime Minister Dacian Ciolos Sunday.

This last statement refers to the tax cuts and salary increases decided in the Parliament in the recent months, which have a total impact of approximately nine billion lei.

For the next year, the forecasts of the international financial institutions indicate an economic growth below 4% for Romania. The most optimistic are the experts from the International Monetary Fund, who announced a level of 3.8%, and the most sceptical are the experts of the European Commission – 3.5%.

All experts from Brussels have calculated that, against the background of lower budget revenues, Romania would be, along with Spain, the state with a deficit that will exceed 3% of GDP.

„Romania will likely have the lowest revenues from tax in its history of 20 and something years, according to the estimates of the European Commission, of 25.4% of GDP. The major challenge that any government will have in preparing the 2017 budget is based on this reality,” said the Chairman of the Fiscal Council, Ionut Dumitru, two weeks ago, at a seminar held at the offices of the Central Bank.

Premise: from January 1, VAT will decrease from 20% to 19%, according to the Tax Code. Also, the “pole tax” and extra duty on fuel will disappear next year. All three measures will cause a large budget gap of over seven billion lei.