This article was written on April 15 and has appeared in the May 2020 issue of the publication “Cronicile Curs de Guvernare”. As such, it… END_OF_DOCUMENT_TOKEN_TO_BE_REPLACED

The general consolidated budget registered for the first four months of the current year a deficit of almost RON27 billion, equivalent to 2.48% of GDP… END_OF_DOCUMENT_TOKEN_TO_BE_REPLACED

Covid is a curse which helps the Romanian economy: it opens no new roads for us but closes the old ones and forces us to… END_OF_DOCUMENT_TOKEN_TO_BE_REPLACED

According to the data communicated by the NIS, in January 2020, Romania registered a new decrease in monthly industrial production, by -2.4% in gross series… END_OF_DOCUMENT_TOKEN_TO_BE_REPLACED

Dacia-Renault presented its “show car” Dacia Spring, “which prefigures the first 100% electric model of this brand” and will enter series production in 2021, according… END_OF_DOCUMENT_TOKEN_TO_BE_REPLACED

Officially, World Bank: ANAF reform has been suspended for 12 months, Bank has not settled any new payments 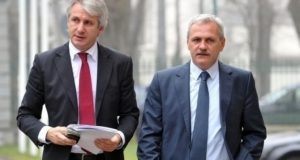 “Activities of this project have been suspended in the last 12 months, and the Bank has not settled any further payments” – this is the official announcement of the World Bank regarding the status of ANAF reform project carried out by the Ministry of Finance.

Romania is the EU member state with the lowest tax revenue collection rate as a share of GDP (25.6% in 2017, compared to a European average of 40%) and the trend was downward over the last 3 years.

The current situation is dissatisfying to World Bank’s management who, in an official response sent to cursdeguvernare.ro, states: “The current implementation status of the project makes it be exposed to potential decisions of cancelation and reorientation of the resources to other priorities.”

Finance Minister Eugen Teodorovici assured, ever since the takeover of his mandate, that he wants to unblock and continue, with small “adjustments”, the project of reforming the tax authority, blocked during the mandate of his predecessor, Ionut Misa.

Despite these assurances, nothing has changed. “The World Bank has not yet received any formal decision from the Government on the way forward,” mentioned the institution in the response sent cursdeguvernare.ro.

Important note: ANAF reform project costs USD 91 million, in a loan. Starting October 2018, the Romanian authorities are paying the first tranche of this loan: 7.1% of the principal amount.

In March 2018, while he was at an event of his party in Dambovita county, Eugen Teodorovici was asked by reporters whether there is any danger of abandoning the project with the World Bank, given that its implementation is far back-loaded as compared to the program.

The answer was: “No, we will also announce in the next period the final solution that the Finance Ministry will decide on what the IT area means. Without a clear reform, without set steps, things cannot change, they remain the same as they are…”

In August, the Finance Minister was still working on the “final solution,” and the promised deadline for the reform vision of the tax authority was “by the end of September“. The concrete proposal is still missing today, October 25, 2018.

“The modernization of the Romanian tax system is critical in order to increase the efficiency and effectiveness of revenue collection and improve the voluntary compliance rate.

It is of utmost importance to strengthen ANAF’s capacity to fulfil its institutional role by providing it with the IT capabilities and the maintenance, licensing, hardware necessities, data security and personnel issues.

Revenue Administration Modernization Project (RAMP) supported by the World Bank was designed to address these needs,” is the context provided by the WB.

Since 2013 till today, the Finance Ministry spent only 20 of the 91 million provided by the World Bank in the tax authority reform project. The project had to be completed in 2019, but delays in the implementation made the World Bank extend it by two years.

Romania imported an amount of electricity of almost 796 GWh in the first month of this year, by more than 36% above what it exported… END_OF_DOCUMENT_TOKEN_TO_BE_REPLACED

GFG Alliance has committed to invest one billion euros to upgrade Galati steel plant in order to reduce emissions and increase production. Another EUR 1… END_OF_DOCUMENT_TOKEN_TO_BE_REPLACED

The Transport Ministry, as the Intermediate Body in Transport, approved the financing request for the project "Construction of Sibiu - Pitesti highway", Sections 1, 4… END_OF_DOCUMENT_TOKEN_TO_BE_REPLACED

Lack of trust in authorities, corruption and low living standards are the main reasons why young people leave Romania. The data is part of a… END_OF_DOCUMENT_TOKEN_TO_BE_REPLACED

Romania is the EU country with the fewest cars in terms of the number of inhabitants, according to data recently published by Eurostat. We appear… END_OF_DOCUMENT_TOKEN_TO_BE_REPLACED

The Government is preparing the public for the first measures aimed at avoiding the budget slippage, which would be applied by the PSD-ALDE government. News… END_OF_DOCUMENT_TOKEN_TO_BE_REPLACED

French Prosecutor Jean-Francois Bohnert will be appointed as head of the European Financial Prosecutor's Office, a position for which he was heard on Thursday, 11… END_OF_DOCUMENT_TOKEN_TO_BE_REPLACED

Romania recorded the highest road deaths in the EU also last year, with 96 deaths per one million inhabitants in 2018, almost double the EU… END_OF_DOCUMENT_TOKEN_TO_BE_REPLACED

Sorina Pintea announced on Thursday further new changes that will be brought to the functioning of the health care system, including new rules for employment… END_OF_DOCUMENT_TOKEN_TO_BE_REPLACED

The new order on approval and selection procedures for insolvency practitioners is an important step to a very good direction, industry experts say. ANAF is… END_OF_DOCUMENT_TOKEN_TO_BE_REPLACED

Romania lost to Estonia in the final vote to get the non-permanent member position within the UN Security Council for the period 2020-2021. On Friday,… END_OF_DOCUMENT_TOKEN_TO_BE_REPLACED

eMAG hopes to get the opinion of the Hungarian Competition Council over the next two months for the acquisition of Extreme Digital, the market leader… END_OF_DOCUMENT_TOKEN_TO_BE_REPLACED